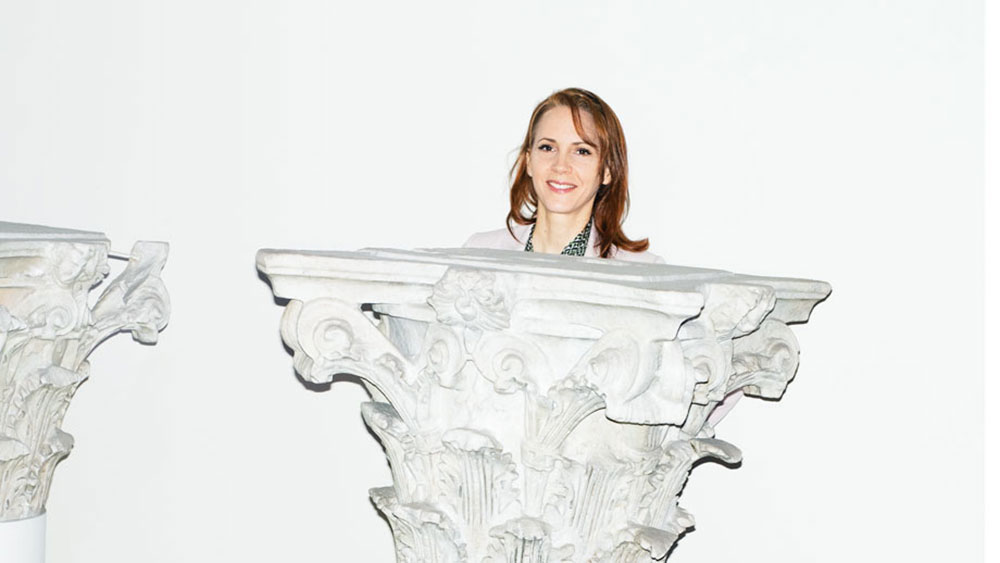 Raphaèle Preisinger is a global nomad. With a French mother and a German diplomat father, she grew up in several different countries. She attended elementary schools in Bangkok and Tokyo, and later the Lycée Français in San Francisco. At the age of 15 she moved with her parents to Bonn, Germany, where she completed her German Abitur and French baccalauréat in parallel and then enrolled at the university to study art history, history and philosophy. “Europe for me was my own unknown heritage,” says the art historian looking back. .

She was interested in European cultural history from an early age, but always from the perspective of an outsider, of a citizen of the world. Her experiences of living on three continents and her perspective of her own culture as “foreign” continue to shape Raphaèle Preisinger’s work to this day.

View of the early modern period

In her project “Global Economies of Salvation. Art and the Negotiation of Sanctity in the Early Modern Period”, the UZH assistant professor takes a look at the distant past, the early modern period when globalization – from a European perspective – began. In the 16th century, after Columbus “discovered” America, Spain and Portugal became world powers, with their reach stretching across the Americas as well as into Africa and Asia. Missionaries began spreading the Christian teachings in the New World, and many new Christian communities were established on the other side of the Atlantic and also in places like Japan, far away from Rome and from the Pope.

It is this global constellation that interests Preisinger in her research, which combines global history, cultural history and art history. Depictions of saints play a central role in this history. The emerging Christian communities around the world were creating their own “local heroes”, says Preisinger, finding their own saints who embodied the values of the respective societies. “Saints were key to the formation of local Christian identities,” she explains, “and they gave value to an area within the Christian world.”

However, the right to decide who was or was not a saint did not lie with the local church members, but with the Pope in far-away Rome. Canonizations became increasingly strict after the Council of Trent (1545-1563): For example, following the reforms of Pope Urban VIII, candidates not only had to be able to demonstrate miracles and a reputation for sanctity, but also had to have been deceased for at least 50 years before they could be canonized. If you wanted someone to be made into a saint, you would need a good PR machine, as we would say today.

Canonization therefore became an elaborate and time-consuming undertaking in which no expense was spared. “The prospective saints’ champions would build up a real ‘propaganda’ apparatus, at great cost,” says Preisinger. Works of art, especially paintings and prints, and printed vitae, descriptions of the lives of the saints in the making, which were produced in large numbers and in various places around the world, were important components of this apparatus. Through such images and stories, the faithful were encouraged to privately worship a potential saint.

Works of art were intended to advance the cause of canonization while also establishing a particular image of the saint – one that might not necessarily correspond to that of the Curia. In this process of “negotiating sanctity” between Rome and distant territories, Preisinger argues, the status and identity of newly Christianized territories were established within the Christian world. Raphaèle Preisinger and her research group are now investigating this struggle for interpretive authority and recognition, and analyzing the function of the numerous images and texts produced by the various supporters of candidates for sainthood in America, Asia and Europe in the process. The art historian also wants to reconstruct the social networks that were involved. Most attempts to canonize a person ultimately failed because of Rome’s strict rules. But there were success stories, such as Saint Rose of Lima, who became the first saint from the American continent when she was canonized in 1671, 53 years after her death, by Pope Clemens X.

Early voices from the colonies

Preisinger’s aim with her research project is to “let early voices from the colonies be heard”, voices that have until now received little attention. She also wants to demonstrate how power relations were negotiated through artifacts that circulated between Europe and Christian communities around the world. “Until now, art history has mainly studied the ‘official’ images of saints in works of art as propagated by Rome,” she points out. “European art history research in particular is still very Eurocentric.” Preisinger wants to counter this with a global-historical perspective.

An important source of inspiration for Preisinger’s research was her doctoral supervisor, the renowned German art historian Hans Belting. He introduced her to medieval art history, as well as his concept for a modern image science (Bildwissenschaft). Image science encompasses all possible kinds of images, not just works of art – objects of study could be paintings, instruction pictures or scientific drawings, for example. The young researcher is also committed to this approach in her current project.

Two grants at once

The art historian has been awarded two prestigious grants for her current research at UZH: An ERC Starting Grant from the EU, and a PRIMA grant from the Swiss National Science Foundation (the PRIMA grants support outstanding female researchers who are on the path toward permanent professorships). Well-funded grants such as these are important for a successful academic career, says Preisinger, but just as important are passion for a research topic and the freedom to pursue it. Raphaèle Preisinger luckily has both, and is now a major step closer to her dream of having her own professorial chair. She would be very happy to gain a permanent professorship in Switzerland, she says, but could also imagine going abroad – anywhere in the world.