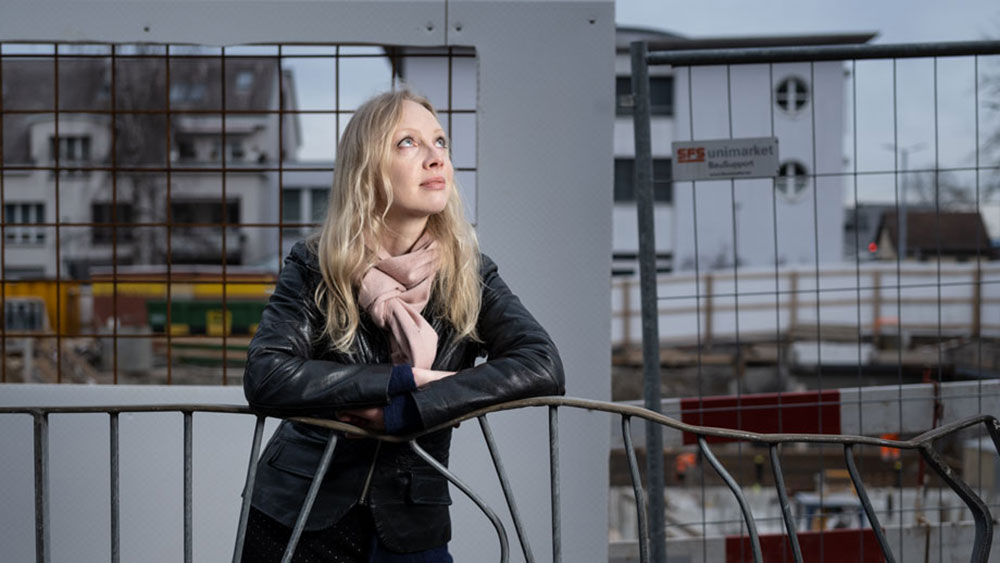 Any mention of Salafism tends to stir up talk. More often than not, discussions will revolve around terrorism or, as recently in Switzerland, around the question of whether Islamic veils are degrading to women and must therefore be banned. However, little heed has so far been paid to the everyday stories of the people who adhere to this ultraconservative strain of Islam.

One person who can shed light on these stories is Mira Menzfeld. The 32-year-old anthropologist regularly interviews members of the Salafi community as part of her research. Until almost two years ago, she conducted her research in Germany before joining UZH’s Department of Religious Studies as a visiting researcher. Her aim is to explore the Salafi movement in German-speaking Switzerland, whose members number somewhere in the low thousands. “Field research in this area is few and far between.” According to Menzfeld, this is also one of the reasons why there are so many misconceptions about Salafis. For example, that Salafism is a breeding ground for terrorism. “It’s extremely rare for someone to go off the rails and become a jihadist,” says the social and cultural anthropologist. “Most Salafis have a world view that I sometimes find peculiar, but they keep their faith to themselves.”

Back to the 7th century

The young researcher’s accounts of her experiences with these hardline Muslims go some way to turning stereotypes on their head. For example, that of the oppressed Muslim woman. Menzfeld tells the story of a Salafi who suffered a burnout. “It all started when his wife expressed an urgent desire to live strictly by the tenets of Salafism.” This meant a return to the original way of life of early Muslim generations some 1,400 years ago – following the customs and traditions of the Prophet Muhammad in the 7th century. Salafism adopts a literalist interpretation of the Quran and rejects all modern readings. For the man in question, this meant that he had to care for his wife exhaustively, as she was no longer allowed to leave the house. Work, grocery shopping, picking up the kids from kindergarten – after a while, it all became too much for him. When his wife also requested that he take a second wife to help her around the house, the overwhelmed man turned to his imam, who simply told him: “Your wife is right.” In his despair, he eventually sought help from a psychological counseling center.

“I hope the two of them managed to patch things up,” says Menzfeld, with the hint of a smile. Many of the ideas expressed by Salafis during her interviews run counter to her own views. That men should be prohibited from wearing gold, for example. Or that men are like oxen and women are like cows. Or when someone told her they were praying for her salvation, since she was a woman practicing a man’s job.

Wearing the niqab of their own free will

These are the situations in which Menzfeld choses to ignore any disparaging remarks and keep her thoughts to herself. But instead of leaving it at that, she digs deeper: Why? What do you mean? As a researcher, her goal is to understand these people’s view of the world. “One of the biggest challenges of my job is to empathize with people with whom I have very little in common and who have a very different outlook on life.”

The story about the burned-out Salafi is only one in a long line of examples that contradict the cliché of the dominant Muslim man. “There have also been cases of domestic violence against Salafi men,” says Mira Menzfeld. These men are unlikely to respond with violent behavior of their own, since broadly speaking, Salafism teaches that women are emotional, while men are reasonable. Acting on emotion and striking their wives in response would thus be considered inappropriate.

The anthropologist concludes that gender relations in the conservative Muslim community aren’t as clear-cut and hierarchical as they appear from the outside. This is also why she describes the debate surrounding the recently held vote on banning face coverings in Switzerland as “absolute nonsense”. There are about 30 women who wear a full face veil in Switzerland, and the researcher knows some of them personally. “None of them are being forced to wear a niqab, not by their husbands nor by anyone else,” she says. “These women made a deliberate choice to wear it.” And what about the female tourists in black, full-body burqas? “Tourists visiting Switzerland are among the most privileged groups of people back in their home countries. I doubt that these women spend much time thinking about their veils as being restrictive.”

Mira Menzfeld’s research primarily explores how Salafis control their emotions and the moral negotiations they go through in the process. “Many Salafis are looking for an inner balance, for peace within. They can achieve this by experiencing feelings that are pleasing to Allah, or morally commanded,” says the anthropologist. Certain emotions are deemed positive by the Quran and the Hadith, while others are viewed as negative – but it also always depends on the situation. To illustrate her point, the researcher gives the example of jealousy: “If a woman gets too close to other men and this doesn’t bother her husband, she must reprimand him.”

The husband’s “honorable protectiveness” tells her that he is showing a sincere concern for her salvation and that he’s fulfilling his duty as the moral head of the family. However, if the husband causes a scene, this would be deemed “selfish jealousy”, in which case he would have to “fight against himself” instead of jumping down his wife’s throat. This kind of attitude also extends to many other emotions. For example, men are allowed to show sadness in public, but crying is only considered appropriate in certain situations, such as when reading the Quran or lamenting human suffering. Mira Menzfeld generally meets her interviewees in person to have in-depth private conversations – using close participant observation, to name the scientific method. She often visits Salafis in their homes, where they talk over a cup of tea. Or they go for a walk or grocery shopping together. This begs the question – isn’t she putting herself at risk, particularly as a woman? After all, the Salafi movement has often been described as a breeding ground for terrorism, especially since the 9/11 terror attacks. Menzfeld answers by putting things into perspective. “The vast majority turn to Salafism because they want to find peace or have a firm foundation of faith. Only very few Salafis hand out Qurans in the street or want to take up arms.” And yet, there is a small number who do radicalize and become involved in violence, so the researcher knows she mustn’t entirely throw caution to the wind. This is why in many cases, first-time meetings with members of the Salafi community only happen at the recommendation of contacts whom she knows and trusts.

Mira Menzfeld mentions another misleading stereotype – that of the dangerous Salafi man with a long beard wearing short trousers. “It makes more sense to take a closer look when young men suddenly shave off their beard, start wearing long trousers, pray very often and watch inciteful videos.” This kind of behavior would not go unnoticed in mosques, which is why the researcher believes imams should be involved in deradicalization programs. “Imams are particularly effective when it comes to addressing young people in their faith and challenging the jihadist narrative.” Menzfeld mentions the example of Germany, where such programs have already enjoyed some success.

The researcher sees it as one of her most important duties to rectify the image of the dangerous and violent Salafi. And she does this by describing the everyday lives of the vast majority of peace-loving Salafis. “Most of them simply want to live here, free of conflict.” This is also why many Salafi women choose not to wear face veils. “If a woman wears a niqab, people are quick to say, ‘That’s where the potential terrorists live’,” says the anthropologist. Their neighbors might stop greeting them, and their children might lose their playmates. Some of Menzfeld’s contacts have told her about instances where officers stood in front of their door to observe them. Or a case where a daughter’s mobile phone was bugged. And open hostility towards them, time and again.

It’s hardly surprising then, that Mira Menzfeld often faces great distrust whenever she asks to meet a member of the Salafi community for the first time. “I spend a lot of time building up trust. I might get stood up six times, and then at the seventh attempt, someone shows up.” But it’s worth the effort. Once the distrust is gone, people open up to her. “Like the rest of us, Salafis just want to be understood.” Ultimately, it's the Salafis themselves who suffer the most from all the misleading stereotypes.

Only a very small number of Salafis want to establish a theocracy. The vast majority respect the laws of the country in which they live. In Switzerland, around half of all Salafis follow the Madkhali movement. “Madkhalis see themselves as living in their country under a kind of protective religious agreement,” Mira Menzfeld explains. They believe those governing – so in Switzerland’s case, the Federal Council – were appointed by Allah. “When a government issues a decree, it is their religious duty to comply with it,” says Menzfeld. This is why for Madkhalis, political activism is out of the question. Some even go as far as to abstain from voting altogether.

But Madkhalis would never refer to themselves as such, emphasizes the social and cultural anthropologist, since the term implies blind devotion to only certain Islamic scholars and unquestioning acceptance of political realities. “Madkhalis simply see themselves as Muslims who live as prescribed by the Quran.”

The ultraconservative movement is based on the teachings of Rabee al-Madkhali, who gained influence in Saudi Arabia in the 1990s. Today, the movement has mostly been relegated to the Muslim community in Europe. Madkhalis believe that activist Muslims (especially Salafi jihadists) are misguided in their faith. In the past, the Madkhali movement has often had the support of various governments (e.g. Saudi Arabia) and Western intelligence agencies (e.g. in the US), as it was viewed as a counterbalance to more extreme elements in the wider Islamist movement.