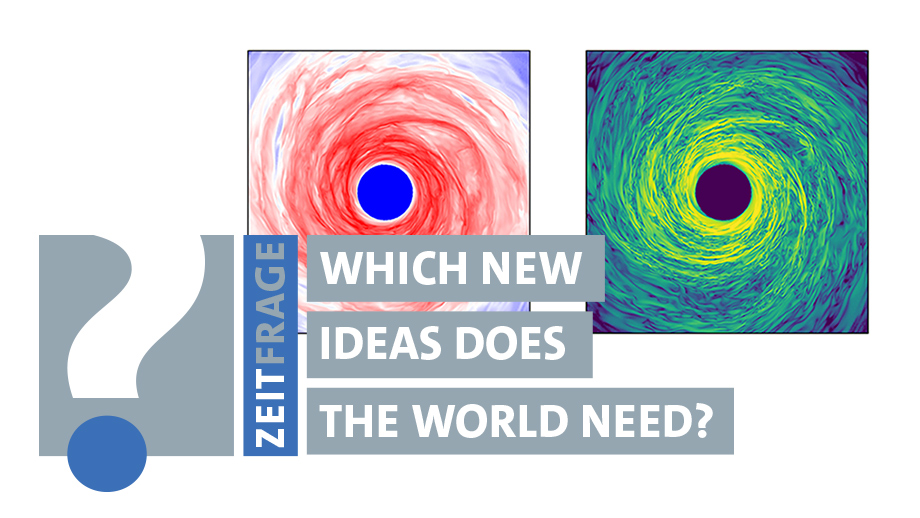 From a massive disk of gas and dust rotating around the sun, the earth and the other seven planets of our solar system once developed alongside their moons. And the same must have happened, scientists believe, for the thousands of extrasolar planets discovered in recent decades. To gain more insight, astrophysicists use computer simulations to investigate the processes at work as planets form from such protoplanetary disks, such as the growth of a planet’s mass as well as the formation of its magnetic field. Up until very recently, these two processes – planet development and magnetic field formation – have been separate fields of research and simulated in separate models. But now, Lucio Mayer, professor of computational astrophysics at the University of Zurich and project manager at the National Centre of Competence in Research PlanetS, along with his colleagues Hongping Deng, a former PhD student of Mayer, and Henrik Latter, university lecturer at the University of Cambridge, have successfully combined both processes into one simulation for the first time. The results have now been published in The Astrophysical Journal.

Two models in one

Astrophysicists are aware that the so-called gravitational instability (GI) in a massive, rotating disk of matter plays a decisive role in the formation of planets. It causes particles to "clump together" so that high-density structures such as spiral arms are formed. From these clumped structures, the planets could have built up quickly, over a period of “only” hundreds of thousands of years, or even less. However, the effects of the magnetic field during gravitational instability have been neglected as a point of study – until now. With the aid of the Piz Daint supercomputer at the Swiss National Supercomputing Centre (CSCS) in Lugano, the scientists have now simulated the development of the protoplanetary disk both under the influence of gravity and in the presence of a magnetic field, thereby discovering a completely new mechanism that could explain previously unexplained observations.

One such unexplained observation is that planets in our solar system today rotate much more slowly than the protoplanetary disk from which they must have once emerged. During the formation of planets, as well as of stars and black holes, enormous amounts of angular momentum must be lost, but how they lost this momentum has remained unclear. This so-called angular momentum problem is well-known in astrophysics. "Our new mechanism seems to be able to solve and explain this very general problem," says Mayer.

To combine both processes in one simulation has been a dream of Mayer’s for many years. However, the underlying physical processes are complex, and their representation in the simulations required sophisticated codes and high computing power.

Although the fulfilment of the dream came closer and closer with the steady increase in computing power of supercomputers, there was no time for the mathematical-physical description of the processes required to solve the problem. However, thanks to the support and skills of Hongping Deng, who developed a suitable method, the dream could now come true. The team experimented with this new numerical technique, developed it further, and optimized it to make the best possible use of the performance capability of Piz Daint.

Specifically, the researchers used and improved a so-called hybrid mesh-particle method to calculate the magnetic field, fluid dynamics and gravity. In this method, the mass and the gravity exerted are calculated using particles, each of which represents a piece of the system. The thermal pressure and the effect of the magnetic field are calculated with a kind of virtual adaptive mesh constructed from the particles, which, according to the researchers, allows for high accuracy.

The newly developed method led to surprising results concerning the interaction between GI and the magnetic field. It was shown that the spiral arms formed by gravity in the protoplanetary disk act like a dynamo, stretching and strengthening the magnetic seed. As a result, the magnetic field grows and gains strength. At the same time, this process generates much more heat in the protoplanetary disk than previously assumed. Most surprising for the researchers, however, was the fact that the dynamo seems to have a significant influence on the motion of the matter. The dynamo pushes it vigorously both inward, to accrete on the star, and outward, away from the disk. This means that the disk is evolving much faster than previous theories had suggested. 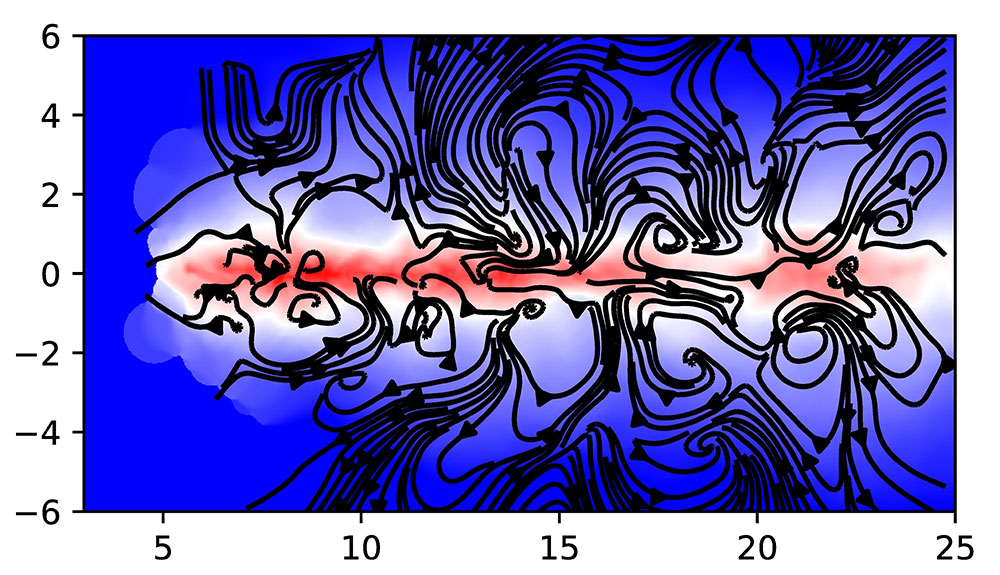 Diagramm
Side on view of the spiral density wave reveals large scale velocity rolls beside the spiral center which act to draft and amplify magnetic fields. (Image: Hongping Deng)

"The simulation shows that the energy generated by the interaction of the forming magnetic field with gravity acts outwards and drives a wind that throws matter out of the disk," says Mayer. This would cause 90 percent of the mass to be lost in less than a million years. “If this is true, this would be a desirable prediction, because many of the protoplanetary disks studied with telescopes that are a million years old have about 90 percent less mass than predicted by the simulations of disks formation so far,” explains the astrophysicist. Ultimately, the energy withdrawal leads to the matter collapsing and losing spin. The researchers now hope to be able to observe the winds and the ejection of matter in early life phases of protoplanetary disks with extremely powerful telescopes such as the ALMA in Chile or the square kilometer array currently under construction.

The researchers believe that, through their work, they have discovered a completely new friction mechanism, generated by the interaction of magnetic field and GI, which significantly erodes the angular momentum of the disk. “Thanks to the powerful engine of spiral density waves, our new friction mechanism appears even more efficient in dense protoplanetary disk regions in which there are fewer charged particles to sustain the magnetic field,” says Deng. “This is different from any other previously proposed mechanisms, which could not sustain the magnetic field in such regions.”

Deng is now doing research at the University of Cambridge as an SNSF fellow. The new aim is to substantiate the research results, for example by using them — also with other research groups — for the simulation of different cosmic structures, such as the first big black holes forming in the universe at the dawn of galaxy formation.