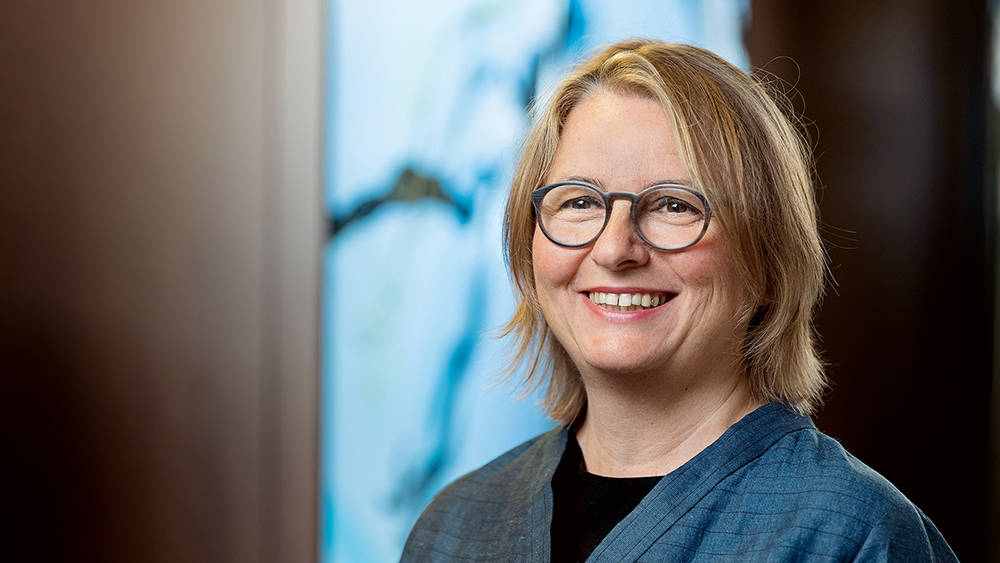 Trkola
Alexandra Trkola made sure that tests for the new coronavirus were quickly available. (Image: Frank Brüderli)

Alexandra Trkola opens the door to her spacious office on Irchel Campus. It’s a hot summer day in July, and the windows are wide open to allow a breeze into the room. Trkola takes a socially-distanced seat at the table, ready to discuss the events of the past few months.

“I’m looking forward to some time off now,” says the Vienna-born virologist, with a laugh. The past few weeks have been crazy, hectic and exhausting in equal measure, she says, “but also extremely interesting and fulfilling.” As the head of the Institute of Medical Virology, Alexandra Trkola has been responsible for developing viral and antibody tests for the new coronavirus together with her team. At the same time, her presence in the media has made her a household name as an expert virologist, and she has also advised the federal government as part of the national COVID-19 Science Task Force. And yet, as the virologist explains with a smirk, it is only by chance and thanks to a quirk in her biography that she ended up working in this field.

It all started with HIV

Back in 1989, the then 23-year-old had just completed her degree in applied microbiology at the University of Natural Resources and Life Sciences (BOKU) in Vienna. Her thesis supervisor suggested that she look into the topic of antibodies for the AIDS-causing human immunodeficiency virus, or HIV. The situation at the time resembled the one faced by the world today, with a new virus threatening humankind and researchers searching for medicines.

Using modified antibodies to combat the virus was a promising approach and, thanks to recent technological advances, was within the realm of what was methodically possible. “So I started investigating questions of viral reproduction and antibody development, even though I knew little about the subject,” says Alexandra Trkola. She continued her university education in the field of virology and practiced working with viruses in safety labs. “That’s where I learned to make decisions independently and assert myself,” she emphasizes. This commitment led to her PhD, which she completed with distinction in 1993.

On her own feet fast

And so it came that she set off on a career in research, although she had never planned on doing so. While maths and the natural sciences had always come easily to Alexandra Trkola ever since she was a school student, she chose to study at BOKU because she was interested in later landing a practical, technical job in the industry. “I wanted to stand on my own two feet fast and earn money to avoid being a burden on my parents.” Her parents had a shop selling plumbing supplies in Vienna and were struggling to make ends meet. Trkola’s studies and subsequent post-doctoral training were only possible thanks to government grants – for which she is grateful to this very day.

This support enabled her to continue her research on HIV at the prestigious Aaron Diamond Aids Research Center in New York. It was the time when researchers were competing with each other in a race to analyze HIV at a biomolecular level. “I was working day and night,” remembers Trkola. She was investigating a co-receptor that plays a key role when HIV infects a cell. In November 1996, she published her findings as first author in the highly acclaimed journal Nature.

This paper, probably the most important publication to come out of her research, set her on her career path. She stayed in New York for a while, where she held an assistant professorship at Rockefeller University, and then joined the UniversityHospital Zurich as a senior teaching and research assistant in 2000. In 2006, she won the Elizabeth Glaser Scientist Award – at USD 600,000 one of the most highly endowed research awards – for her research on HIV.

In 2008, Alexandra Trkola succeeded Karin Mölling as director of the Institute of Medical Virology at UZH. As the new institute head, she was soon tasked with organizing the institute’s move from Gloriastrasse to the new lab on Irchel Campus. When it came to planning the new institute, she was able to draw on her experience setting up labs in Vienna and New York. And then, when the coronavirus pandemic broke out at the beginning of the year, Alexandra Trkola’s scientific track record made her the woman of the hour, so to speak. She and her team worked tirelessly to expand diagnostics and in this way helped increase testing capacities as quickly as possible. In addition, she also helped educate the public about the new virus through the media, and as a gifted communicator, she provided many people with insights into the ongoing pandemic.

While the virologist never sought the limelight, it is something that comes with being a researcher. “As a scientist, it’s my duty to provide information.” On this summer day in July, she is grateful that things have become a little less hectic. And she hopes to one day be able to return to the lab for some ordinary lab work – to conduct research without all the added pressure, as it was before the pandemic.