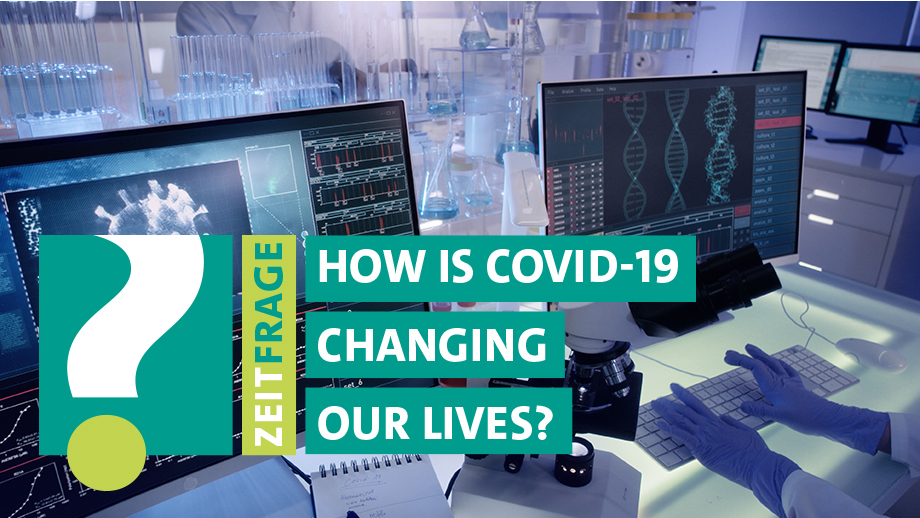 The Covid-19 pandemic has demonstrated just how important a rapid, reliable diagnostic regime is when it comes to controlling the spread of a virus. This is true when the number of cases is low, but even more so when infections start to explode. The team of Ralph Schlapbach at the Functional Genomics Center Zurich of UZH and ETH (FGCZ) have investigated how state-of-the-art DNA sequencing technologies can be used to detect the novel coronavirus. Their compelling methodology paper was published on the preprint server bioRxiv in early June.

“Our new method can process hundreds of thousands of samples within a matter of days,” says Ralph Schlapbach, who heads up the FGCZ. This makes it possible to illustrate infection rates with great precision and take targeted action to contain the spread of the virus. “The method could help control the pandemic at its peaks,” says Schlapbach, citing countries such as the United States or Brazil, where the virus is currently rampant. The study’s first author, postdoctoral researcher Emilio Yángüez, is a member of the team of Catharina Aquino.

Using a sledgehammer to crack nuts

This is made possible thanks to next generation sequencing (NGS), a sequencing technology that is used to analyze the DNA of animal and plant cells or diseased tissue, such as cancer cells. Scientists use NGS to create an individual DNA fingerprint, or barcode, of the diseased cell in order to optimize treatments. Billions of DNA fragments within a cell can be processed in a matter of hours and pieced together into genome sequences using biostatistical methods. The machines required for sequencing have become standard equipment in genetic research institutes and large hospital labs.

The team at the FGCZ has now repurposed this sequencing technology and applied it to Sars-CoV-2 testing. NGS was not originally developed for diagnostic purposes, since it more or less amounted to using a sledgehammer to crack nuts, says Schlapbach. But the potent technology makes it possible to sequence thousands of samples in a single sequencing run. This parallel sequencing power can thus be used to simultaneously test high numbers of throat swabs for Sars-CoV-2 genes. Hundreds of thousands of people could be tested for coronavirus within mere days.

Trials carried out in cooperation with UZH’s Institute of Medical Virology have confirmed the feasibility of the new approach. “We’ve demonstrated that the method works,” says Schlapbach. In addition to being able to process higher volumes, the new method has another major advantage over conventional testing procedures, which are based on quantitative PCR technology: The genetic sequences of the virus are not only tested for an infection, but also sequenced.

This information about the sequence of the viral RNA enables scientists to draw conclusions about infection chains and the origin of the virus. In other words, the samples can be genetically linked to one another. The analyses will thus also reveal mutations in the virus, which for example could lead to changes in the protective measures that are taken. “Sequencing could be expanded to other genes of the virus or infected person, if required,” says Schlapbach.

Thanks to its high throughput, the new testing regime would also be fairly inexpensive. Schlapbach believes the material costs would amount to around two francs per test, not including RNA extraction from throat swabs. Despite all of the benefits, it will probably take some time before the high-tech method can be used for real. “Our paper describes an experimental protocol and demonstrates the method’s feasibility,” says the head of the FGCZ.

Schlapbach believes improvements can still be made to increase its sensitivity. The rate of false negative tests is currently still slightly too high, but the molecular biologist is convinced that this flaw can be remedied. “Our task as researchers is to develop new methods and make them available to the community.” This is also why the researchers decided to publish their paper as soon as possible on a preprint server rather than wait until the peer review process had been completed. This means that other scientists now have the information required to establish and adapt the testing system in their own labs.