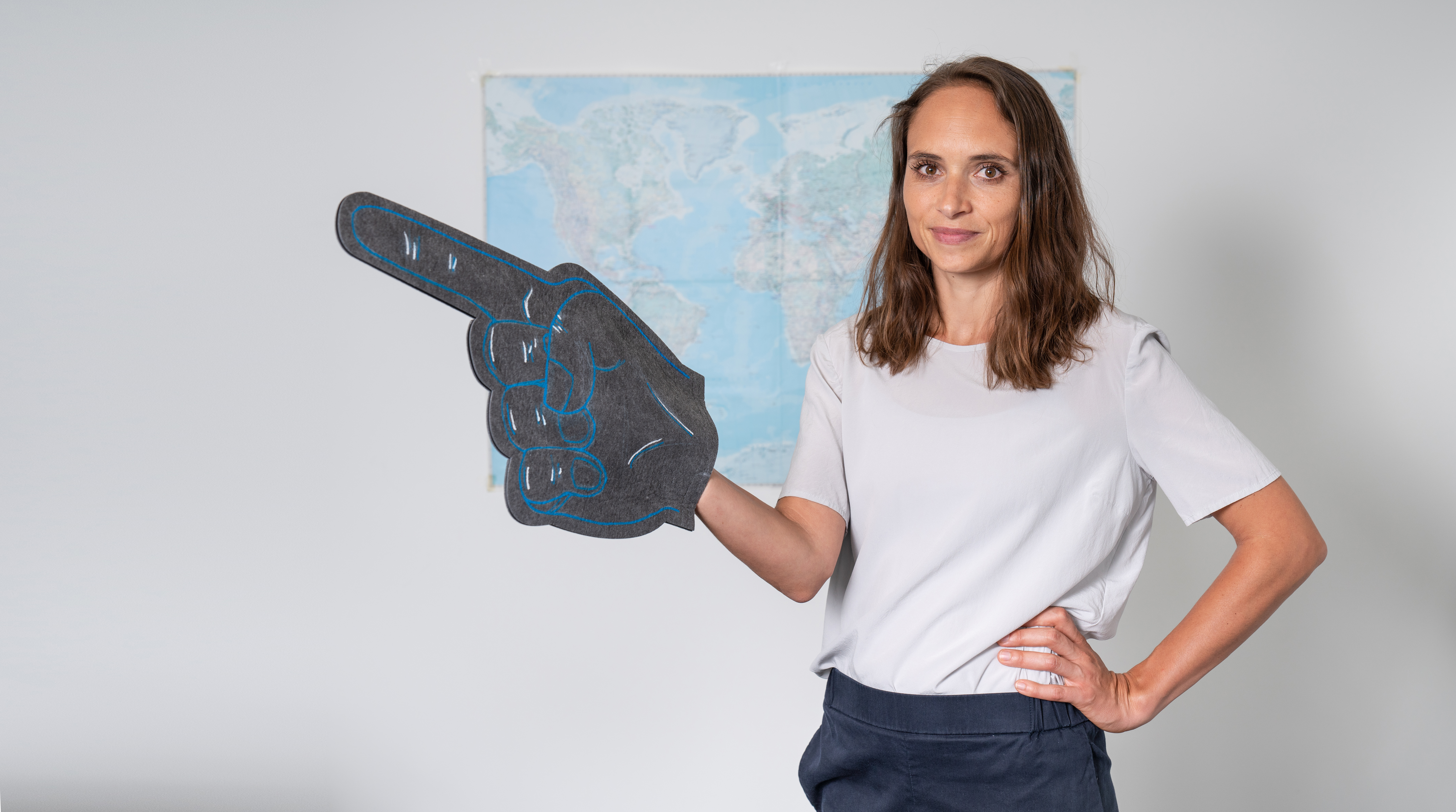 Suppose, dear reader, that the following allegation appeared in your Facebook feed: “The coronavirus is almost certainly a biological weapon from China.” Would you “like” the post? Would you share it? Would you comment on it? Communication scientist Edda Humprecht posed those questions to over 7,000 people last spring during the lockdown. She wanted to find out how willing people are to disseminate disinformation – on COVID-19 in this instance – over social media. The answer is “quite willing”, according to her findings. The majority of the respondents blame the spread of the virus on the government of China’s dawdling response to the problem. But some of them definitely appear capable of picturing that the Chinese may have purposely developed the pathogen, as the Facebook post claims.

Humprecht’s study forms part of a collaborative research project on the subject of disinformation by the University of Zurich and the University of Antwerp aimed at comparing information societies in Western countries. The bioweapon post was presented not just to people from Switzerland, but also to Belgians, French, Germans, Britons and Americans. The study revealed that people’s willingness to share the post varied considerably between countries. Whereas one in four people in the USA can envision him or herself sharing the post, only one out of ten in Switzerland can. What accounts for these differences? Why does fake news reach mass audiences in some places and quickly die down elsewhere?

Fake news has always existed, though it hasn’t always been called that. Lies were told to influence people and achieve political objectives long before the omnipresence of the internet and social media. In the early 1990s in the USA, for example, talk circulated that Iraqi soldiers tore babies out of their incubators during their invasion of Kuwait. This may have convinced many Americans at the time of the need for their country to embark on a military intervention against Iraq. The story, however, was a hoax concocted as a service by the US public relations agency Hill & Knowlton, which had previously also downplayed the health risks of smoking for the tobacco industry.

Photographs also don’t always tell the truth. For example, an original snapshot taken of a speech by Lenin in 1920 showed Kamenev and Trotsky standing on the podium next to the head of state. Lenin’s successor, Stalin, summarily replaced the comrades in the photo, who had since fallen into disfavor, with a couple of wooden stairs.

What’s unique today, though, is how rapidly disinformation spreads and how many people it reaches. “Technology is advancing at a time in which society is becoming increasingly polarized,” Humprecht says. “The technological advancements and social polarization are reinforcing each other.” Social media channels in particular have allowed fake news to gain enormous influence in recent years. The 2016 US presidential election and the Brexit referendum in the UK that same year marked a watershed moment, the respective campaigns demonstrating more vividly than ever how much danger disinformation poses to democracy.

But why are people receptive to fake and misleading news? The reasons were initially sought in individuals because people tend to believe and attach importance to information that validates their views – psychologists call this confirmation bias and motivated reasoning. Moreover, people often consider their interpretation of reality to be the only correct one, a phenomenon that science calls naïve realism.

What part does a country’s politics, media and economy play? What structural conditions facilitate disinformation? “The polarization of society is a crucial factor,” says Humprecht. When two camps intransigently oppose each other and a genuine exchange of views and ideas becomes impossible, the probability increases that people on either side will only listen to assertions that fit their own worldview. Populist rhetoric – a constant “us against them” – further exacerbates the division. “At some point eventually, it no longer matters whether someone is telling the truth,” the researcher says. “Far more important is whether the person espouses the same values.”

At the same time, mistrust often concomitantly mounts against democratic institutions such as governments, but also against the establishment media. This creates a public that no longer gets its information primarily from mainstream quality media outlets, but instead seeks out alternatives. This is particularly problematic when the alternative information source is Facebook or YouTube. “Social media are geared to delivering entertainment and emotions,” says Humprecht. That’s why people would tend to be inclined to share content on social media indiscriminately. Moreover, the platforms mainly feed users content on the basis of their search history, thus matching it with their personal proclivities and interests. This has little in common with the extensive, critical reporting produced by professional media.

But it’s not just about exerting political influence – generating lots of clicks can also earn you lots of money. “Don’t underestimate the economic aspect of disinformation,” Humprecht says. This economic factor explains in part why fake news is a much bigger issue in the United States than it is in Switzerland, for instance. “Small markets are simply less lucrative.”

Countries where societies are united and where populist rhetoric is not so prevalent – countries with well-informed citizenries that place considerable trust in their respective governments, but also in science, the judiciary and the media – are thus the ones best equipped to deal with the challenges of the digital information age. As Humprecht’s research thus far has shown, the conditions described above exist mainly in northern and western European countries like Sweden, Germany, Belgium, Ireland and Switzerland, but also in Canada.

The quality of public media is an especially important factor here. People in countries with high-quality public media generally know more about current issues and treat dubious assertions more critically. A country’s resistance to fake news ultimately thus hinges not just on citizens not being exposed to disinformation, but also on their ability to sort out fact from fiction. “Moreover, good public media act as a benchmark for private news organizations, enhancing a country’s overall media quality,” adds Humprecht.

And yet sometimes even that isn’t enough, as the example of the UK demonstrates. Although the British Broadcasting Corporation (BBC) reaches people and enjoys a high level of trust far beyond the UK’s borders, disinformation ran rampant throughout the Brexit campaign. “The EU had always been a controversial issue in the UK,” explains Humprecht. Polarizing debates eventually reach a point where even the moderating influence of strong public media ebbs. Switzerland itself isn’t inherently more resistant to fake news than other countries, Humprecht cautions. “Hotly debated election issues like the initiative against mass immigration could also present us with new challenges.”