Milo Puhan, you’re an epidemiologist who’s in demand in the media as an expert on Covid-19. How are you experiencing the public interest in your discipline, epidemiology?
Milo Puhan: The cooperation with people from the print, radio and TV media is going well, there’s a huge amount of interest, and there’s little sensationalism. I’m experiencing this great demand as something positive, even though in recent months I’ve often had to turn down media inquiries simply because there hasn’t been time.

The pandemic has propelled epidemiology into the media limelight. Has this surprised you?
Puhan: No, not really. We often find ourselves at the center of media interest, for example in matters of public health such as chronic diseases. But what’s important isn’t the discipline of epidemiology itself, but our specialist knowledge and expertise.

Mark Eisenegger, you’ve looked into the media coverage of Covid-19 and found the quality to be good. Is the coronavirus crisis an opportunity for science? Does it boost its public image?
Mark Eisenegger: Overall the public’s attitude to science is positive. This is something you see, for example, in the science barometer studies done by my colleague Mike Schäfer: 57 percent of the population have a high or very high degree of trust in science. Unfortunately we don’t yet have any long-term figures in Switzerland. But surveys in Germany indicate that there’s been another increase in confidence during the coronavirus crisis. You could say that in the eyes of many citizens, the scientific system is system-relevant.

What does system-relevant mean in this context?
Eisenegger: Large sections of the public see that science is crucial to a solution in this situation. Society and politicians are now waiting for a vaccine, and it’s clear that science is the driving force. To this extent there’s been another improvement in science’s reputation. But there are also uncertainties. The public debate has shown that the findings on Covid-19 can be contradictory, and that there are also studies that aren’t validated or which are based on uncertain evidence.

What role do social media play?
Eisenegger: When it comes to social media, we’re observing a highly emotional discourse, and in some cases a tendency toward disinformation. All sorts of groups refer to studies in their digital communications, and in some cases argue on the basis of pseudoscientific evidence. That also shows that science is a controversial area.

How do you experience these scientific discussions and expectations of your work?
Puhan: I think it’s generally a positive thing; even controversial arguments are swapped on a mostly constructive level. Comparing the situation with Germany, the tone there has been much harsher, and my peers have been attacked personally. What’s very important from the point of view of universities is the trust placed in us. That’s the most precious commodity we have, and we must be extremely careful not to squander it – through conflicts of interest or misconduct. It’s a matter of scientific integrity. I think that’s really important.

I get the impression that it’s only in this crisis that the public at large has realized how science works. People can follow the way researchers are constantly correcting their assumptions on the basis of new evidence, and how science is feeling its way forward. Is this your impression, too?
Eisenegger: To an extent. I also see a growing understanding for the routines within science, but I think that it’s more of a discourse among elites. I believe that many people still don’t understand that it’s part of the nature of science to produce provisional evidence, and that civilized controversy and skepticism are normal. That can also be explained. The basic logic by which the media function is different from the logic we’re familiar with in science.

To what extent do they differ?
Eisenegger: The media have a lot of trouble dealing with provisional evidence and uncertainty, especially in a crisis situation with great time pressure. Something’s either true or it’s false. In science, by contrast, skepticism is normal, but in the media it’s often presented as a dispute or argument. This can even lead to researchers being scandalized when they modify part of their views on the basis of new studies – something that’s normal in the business of science.
Puhan: I would add, though, that science doesn’t always do the job it should be doing. The incentives work in such a way that there are bigger rewards for spectacular results. For this reason, there are people who simplify their results to the extreme. It makes for a catchy story in the short term, but often it doesn’t serve the cause. 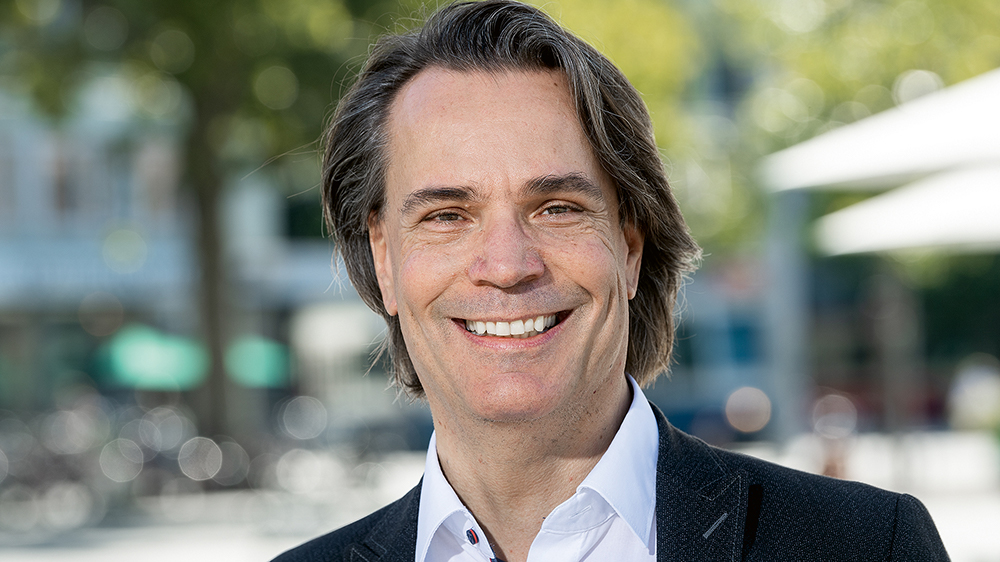 What would science have to do to convey this culture of discussion and dispute more clearly?
Eisenegger: Milo Puhan touched on an important point: things often get over-exaggerated, even in university communications, while the limitations and uncertainties regarding the results aren’t presented sufficiently to the outside. What we would need is an offensive approach to uncertainty. Some quality media do this, and explain the limitations of scientific studies. I think that’s important to be able to earn the trust that’s so essential.
Puhan: What makes me optimistic is the fact that I increasingly get inquiries from representatives of the media who aren’t only interested in the findings of our studies, but want to be there from the start to tell the whole story. An example is the “Ciao Corona” study on the spread of coronavirus among schoolchildren. I think that’s a good thing. It’s a great way of showing what’s involved and how we work.

Let’s move on to politics. Scientists weigh various positions in the balance, but afterwards politicians have to use them as the basis for making clear decisions. Milo Puhan, you’re a member of the national Covid-19 Science Task Force. How does this interface between politicians and scientists work?
Puhan: Politicians definitely have a more difficult job than scientists, and have to take more factors into account. I think that we as representatives of the scientific community are a piece in the puzzle in terms of this decision-making process; there has to be an awareness of this, both at cantonal and national level. The challenge for researchers is to make sure the opinions of scientists find their way into the right political channels so that our position comes across. This is also borne out by my experience in health policymaking. The points of contact between science and policy are inadequate, often simply because the administrative processes are unclear.

Does that mean too little attention is paid to your recommendations?
Puhan: It’s hard to judge what’s adopted from the task force’s policy briefs and what isn’t. Between our recommendations and political decisions, there are so many steps that we have no insight into that it’s difficult to tell. I would welcome a situation where political decision-making was more transparent. It would be nice to see where the scientific input had had an impact and where not. That would also enable the process to be improved.
But a distinction has to be made between legislative and executive processes. The legislative process in Swiss parliaments is transparent and well documented. This is undoubtedly also because it’s slower. The executive process, by contrast, is extremely fast, especially in this time of Covid-19.

Mark Eisenegger, what do you have to say about the interface between science and policy?
Eisenegger: It’s a very tension-filled and ambivalent relationship. Anyone wanting to push through a specific policy tries to justify it with scientific evidence. This means that scientists run the risk of being used by politicians for political ends. Look at what’s happening in the US and Hungary. For this reason, academic freedom and independence have to be defended all the time. For a democratic society to make intelligent decisions, it also needs science to play its part. For me this means communicating scientific findings and exposing them to public debate. This public education and communication function is one of the key roles of science. It has to take on this role to be able to influence political decisions via public debate. 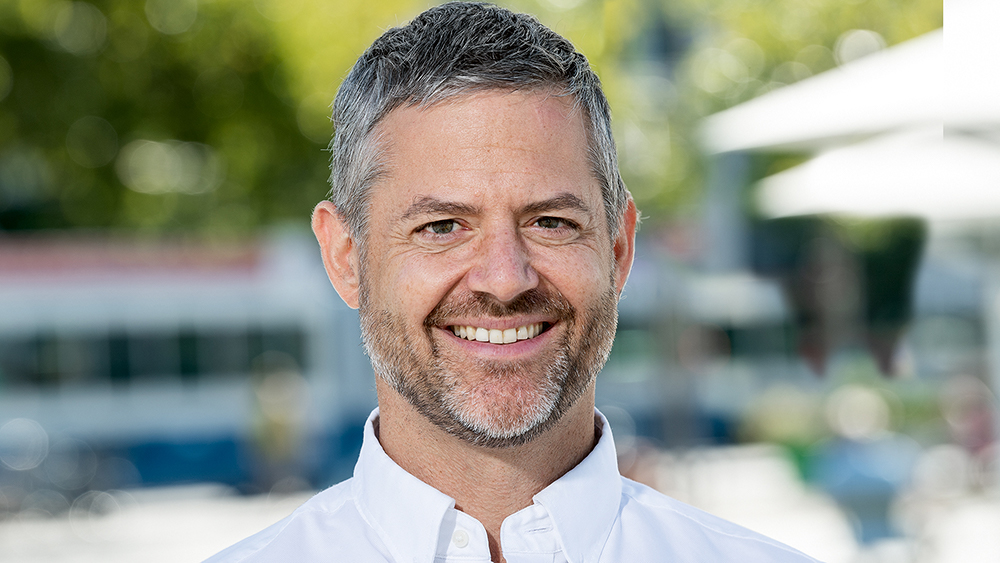 "What’s very important from the point of view of universities is the trust placed in us", says Milo Puhan. (Picture: Frank Brüderli)

Researchers have been warning about climate change for decades without much happening. Could the greater trust in science in the wake of Covid-19 give the climate debate a boost?
Eisenegger: It’s important to realize that while there are parallels between the Covid-19 pandemic and the climate issue, there are also differences. Both these threats are fairly abstract for people; in other words they’re primarily mediated by the media and scientists. But a crucial difference is that the climate problem will be acute for decades and therefore requires a long-term policy. This is more difficult to get across.
Covid-19, on the other hand, turned our lives upside-down within a very short space of time. The rapid media cycle is much better suited to the coronavirus pandemic and its daily infection and mortality rates. My hope is that it will become clear that collective public action can help bring about a solution to both threats. We’re going through this process at the moment with Covid-19 and all the social distancing and masks.

Puhan: We also see these differences between short and long-term threats in health. A good example is chronic disease. We’re only making slow progress on issues such as smoking and obesity, because the dangers aren’t so immediate. By contrast, our response to Covid-19 has been swift and massive. I also hope that thanks to the coronavirus pandemic we’ll also be able to achieve more in relation to other health issues. Via the coronavirus immunity program, we’re in touch with many, many stakeholders in different sections of society. This is leading to new networks and contacts which will be very valuable when it comes to implementing public health programs.

We’ve talked about the power of scientific arguments that, in the case of Covid-19, are getting through to the public. In the case of genetically modified plants, on the other hand, scientists in Switzerland are at a loss. The release of genetically modified organisms is taboo – even though hardly any risks are documented. What’s happened here?
Eisenegger: The debate on the release of genetically modified organisms is a good example showing that public discourse isn’t only based on rational arguments. Especially in the GM debate, there’s a discourse with an extreme moral charge, with the opponents putting a lot of energy into disseminating their arguments in public. The opposing side, by contrast, is in most cases arguing on an objective level.
But you can’t counter a moral discourse with practical, rational reasoning. The proponents are going to have a hard time as long as they fail to present moral arguments in combination with scientific evidence. Ideally we’d be arguing objectively on the basis of evidence. But that’s not the only level public communication works on, particularly in the social media. Their growing importance shows that it’s getting harder to earn social recognition with rational arguments.

But doesn’t Covid-19 suggest precisely the opposite?
Eisenegger: No, because this is an area where we have precisely this combination of scientific evidence and objectivity and moral arguments: if you don’t comply with the social distancing and mask-wearing rules, it will have negative consequences for the social collective and prevent us from getting to grips with the crisis. The discourse around Covid-19 highlights the different levels of the discussion really clearly: evidence and objectivity, but also urgency at the emotional level.

The interview was published in UZH Journal 3/2020