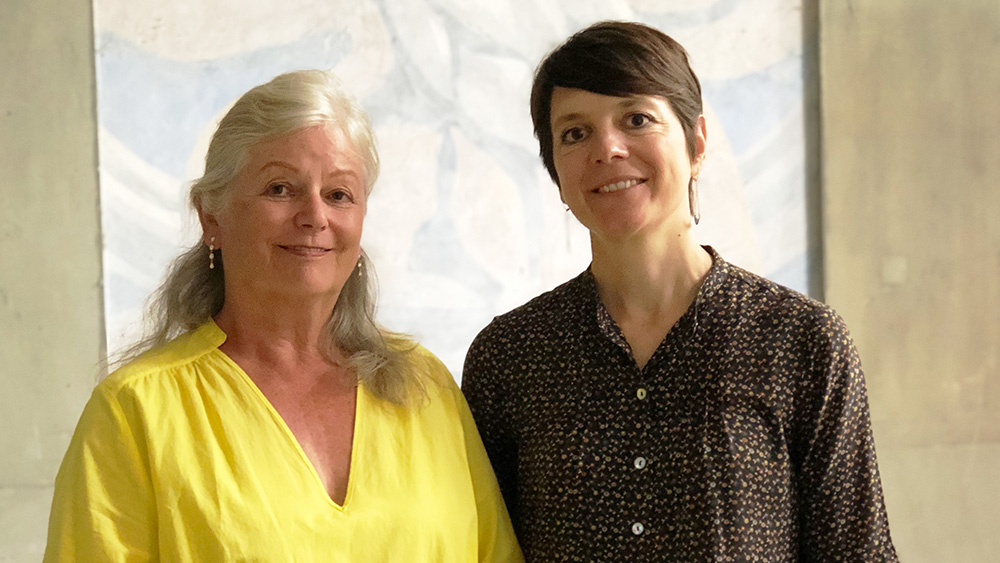 Ulrike Müller-Böker, you, together with Claudin Leysinger, have headed the Graduate Center since 2016. Now you’re retiring as its director. What’s your assessment looking back?

Ulrike Müller-Böker: The Graduate Campus is a relatively new institution. After its launch in 2010, it first had to get established in the university landscape. The idea was prompted by the conviction that UZH needs a central platform for junior academics to create very good conditions for PhD candidates and postdocs across all faculties. Taking stock, I’d say that the Graduate Campus is now a well-known and firmly established institution at UZH. It enjoys a high degree of acceptance, especially among the junior researchers themselves, and we also play an important role from the faculties’ point of view.

Claudine Leysinger: Our impact outside the university indicates that we’re on the right track. We’re pioneers in Switzerland. Other universities, for example in Lausanne, Genera, and Basel, have now followed our example by setting up similar cross-faculty platforms, with some of them even adopting the same name.

What was the challenge when the Graduate Campus was set up at UZH?

Ulrike Müller-Böker: The graduate schools and graduate programs belong to the faculties and departments. To this extent, some faculties and programs saw the initiative as an encroachment on their territory. Now our offerings are widely used.

You have achieved a lot. What direction should efforts to promote junior research talent be going in in the future?

Claudine Leysinger: The Graduate Campus strives to bring about a fundamental change in all faculties in terms of the policy on promoting junior research talent. For example, we’ve formulated best practice guidelines around training for doctorates, and these have already reinforced the quality culture in some faculties. In the future we should be getting all faculties on board.

Claudine Leysinger: It would be good if the policy were to apply to the whole of UZH in the future. Our best practices, for example, include an external expert report from someone outside the supervisory setting, as well as a doctoral committee of at least two people. Unfortunately, not all the faculties’ ordinances for obtaining a doctoral degree make these things mandatory requirements. It’s not the job of the Graduate Campus to change these regulations. But it is our job to work for a uniform framework that serves the needs of junior researchers.

What about the funding of doctoral candidates and postdocs? Does UZH have uniform regulations on this?

There are growing complaints from PhD candidates who are only hired part-time but have to work full-time. We hope that it will soon be possible to introduce uniform rules for all faculties in this area.

Regulations and pay are one thing. What about the quality of supervision?

Ulrike Müller-Böker: First of all I’d like to say for the record that the conditions for our PhD candidates and postdocs are very good compared with other countries. Some time ago their views were polled in two online surveys conducted by the UZH Association of the Non-Professorial Academic Staff and the UZH evaluation office. More than half of respondents said they were very satisfied, while one-fifth said they were fairly unsatisfied. Inadequate supervision was the main thing that was criticized, but also the lack of options for interdisciplinary exchange. But it should be noted that the response rate was around 20 percent, and that unsatisfied people are more likely to express their opinion than those who are content with their situation.

Claudine Leysinger: Given the limited explanatory value of surveys, these days we use different methodologies to gauge the satisfaction and needs of junior researchers. We’ve held a series of workshops with focus groups to assess the situation of the various stakeholders in direct dialogue.

What are you doing to improve the quality of supervision for PhD candidates?

Claudine Leysinger: Since the beginning of this year we’ve been offering supervision for professors who act as PhD supervisors. The response to these courses has been very good. We’re seeing the emergence of a new generation of supervisors who reflect on their approach and style and want to actively work on them.

Last year a former PhD candidate wrote in the NZZ newspaper – primarily referring to the relationship between the person supervising the dissertation and the person writing it – that doing research as a PhD candidate was as explosive as nitroglycerine. How can the risk of explosion be minimized in such a precarious relationship?

Ulrike Müller-Böker: In most cases the relationship is neither explosive nor precarious! What’s complicated about the relationship is the fact that supervision and the assessment of the thesis are linked. In exceptional cases, things can explode if mutual expectations aren’t met. This mean it’s key to set down these expectations in doctoral agreements. After all, a doctoral thesis is always also a project of emancipation, a step towards a scholar’s own independent research. In many cases, though, it’s also part of the supervisor’s own research agenda. Supervisors have to learn to deal with proximity and distance. For example, one of the skills practiced in our supervision courses is active listening. Every PhD candidate is different, and the setting should be negotiated afresh for each project.

Supervising PhD candidates is a demanding task that’s best learned as part of a chain of supervision. Doctoral candidates often supervise and evaluate bachelor’s and master’s theses. For their part, postdocs often supervise PhD candidates and see what productive collaboration involves in this setting. Professors are responsible for everyone! And that includes training junior researchers to be supervisors.

Claudine Leysinger: Postdocs are especially important in training PhD candidates because they often perform supervisory duties. But there are big differences in terms of how this work is recognized. In some faculties, supervising PhD candidates is officially recognized; at other faculties postdocs do supervision on an informal basis that isn’t sufficiently visible.

But in terms of these junior researchers’ careers it’s important for them to be able to say that they’ve performed supervisory roles and have already had some experience in this area. We’re very keen to set down responsibilities and clearly define who performs what role in the supervisory setting.

Academic research is an attractive career prospect. In the last 20 years the number of doctoral candidates at UZH has doubled. But very few of these people are given a professorship. How can a PhD be supervised in such a way that junior researchers don’t just end up by publishing a thesis, but are also equipped for a career, for example in business?

Ulrike Müller-Böker: Before you start it’s crucial to be clear about what you expect from your dissertation project, both for yourself and for your career.

Claudine Leysinger: A thesis is a long-term project, and while you’re doing it it’s also important to keep your eye out for alternatives, for example in business or government. It’s also not easy to combine a career in research with a family: You have to ask yourself whether you have the people around you and the necessary support. Before deciding to embark on a thesis or postdoc project, it’s important to clarify a whole range of questions. Here too we can provide advice. For example, we now also organize coaching sessions for junior researchers, often focusing on career-related issues. We also offer doctoral candidates and postdocs courses in specific transferable skills they can use in their subsequent career, whether it’s in or outside academia.

Ulrike Müller-Böker, you’re now retiring as director of the Graduate Campus, and the Campus itself is reorganizing. What’s changing?

Ulrike Müller-Böker: The governance of the Graduate Campus is being simplified. It will now be run as a regular department as part of the Office of the Vice President Research organizational unit. There will no longer be a director, but there will be an advisory board consisting of representatives of the faculties, which will guarantee the crucial link to the faculties; there will also be representatives from business, culture and the arts, and government.

The advisory board, which will serve as a kind of think tank, will be supported by Claudine in a consultative capacity. The procedure for awarding grants is also new, with the allocation committee now consisting entirely of junior researchers. This way they can learn how to categorize applications, assess them efficiently, and then decide – and they’ll have a greater say in the Graduate Campus.

What are the most common subjects for a doctorate?

People do PhDs in all subjects. Given that a thesis is part and parcel of academic training and an academic career, this is hardly any wonder. Medicine (human medicine) leads the rankings in terms of the number of PhD candidates in the various subjects. But there are also many candidates in law, psychology, biology and chemistry, and education. Naturally that depends to a large extent on how big these subjects are at UZH, and not least on how many students they have. Besides the status of a PhD, the approach to theses in the various subjects is also a consideration. In other words, ideas and expectations vary in terms of the form in which people do a PhD and how long they take to do it.

How many PhDs were completed in 2019?

Overall − in other words across all subjects − 780 people finished their PhD at UZH in 2019.

The age of candidates depends on what dissertation options are available and what the framework is like. For example it makes a major difference whether someone does their PhD as part of an academic position or on a part-time basis in parallel with a job, and whether they start and finish their PhD immediately after a degree or later on in their career.