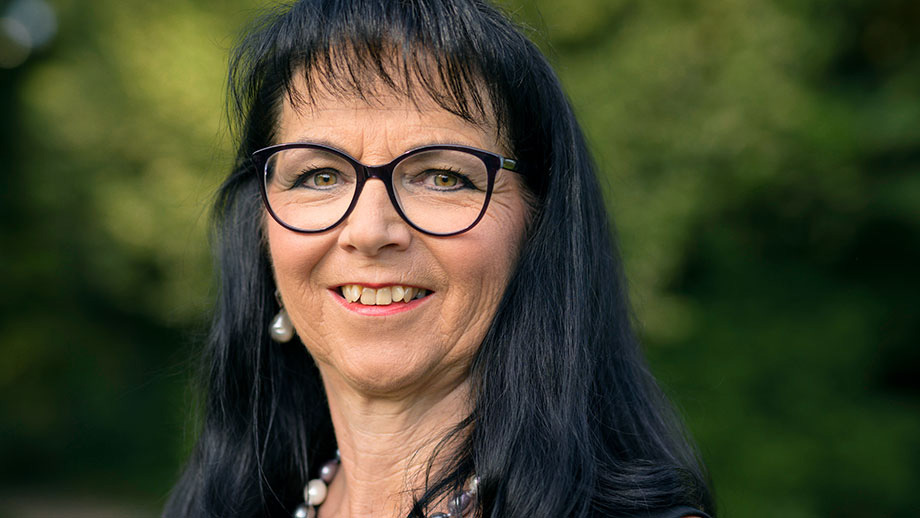 Uschi Backes-Gellner is slightly late to our meeting – which is not surprising given her packed schedule. When she turns up, she is refreshingly down-to-earth and composed and not at all the tough, stressed-out businesswoman we might have been expecting. “No, don’t worry, it’s not coronavirus,” laughs Backes-Gellner as she starts the interview by sneezing, “its the birch pollen.” Her weekly routine is somewhat upside down at the moment, she says, with meetings scheduled from early morning to late evening, no travel, and research in the evenings and on weekends.

The world of work – which is one of Uschi Backes-Gellner’s core research interests – has been shaken up for many of us right now. But despite everything, she is upbeat. She believes that the coronavirus crisis – which she describes as both an involuntary experiment and an emergency – will also bring positive change to our day-to-day working lives, besides the inevitable economic damage. The crisis also mobilizes forces, makes people more willing to experiment, for example when it comes to working with digital media in educational institutions. It forces people to be innovative, she says.

Backes-Gellner is an expert in innovation, education and employment. On behalf of the federal government, she is co-director (with Stefan Walter from the University of Bern) of the Economics of Education Swiss Leading House – a center of excellence that pools research in the field of educational economics, particularly vocational education and training. For some years now, Switzerland has consistently topped various rankings of the world’s most innovative countries. The country leads the way when it comes to achievements in science, education, society, business and government. What is the secret of this resourceful and innovative country?

Backes-Gellner – who has advised German Chancellor Angela Merkel on innovation matters for many years together with the German Commission of Experts for Research and Innovation EFI – leans back in her chair. On the one hand, she explains, it probably has to do with Switzerland’s special location at the heart of Europe. The reason it has become so inventive and creative is precisely because it is small and has always had to respond in a pragmatic and flexible way to the world’s demands. Switzerland is like a nimble little sailing boat navigating between heavy tankers, she says.

She goes on to explain that Switzerland’s sophisticated and world class VPET, together with applied research at the universities of applied sciences, and cutting-edge basic research and teaching at universities, all play an important part in Switzerland’s innovative capability.

“Can’t stand the sight of blood”

Uschi Backes-Gellner herself comes from a non-academic household. She grew up in a village near Trier with her five siblings. Her mother was a housewife, her father a bricklayer. A straight-A student, she soon left her village for the nearest town of Hermeskeil to attend high school. With her excellent grades, she could have gone on to study medicine.  “But I can’t stand the sight of blood,” laughs Backes-Gellner as she flicks her long hair over her shoulder. It had to be something to do with maths, something practical, and it had to lead to a job I could live on.

She ended up opting for business administration and economics and embarked on her studies at the newly-established university in the nearest city, Trier. “No, it wasn’t particularly courageous of me to take that step,” she shrugs. She was ambitious and her parents supported her plans. “I always said to myself, whatever happens I’ll land on my feet,” she says.

Growing up on a building site

And so the clever daughter of a bricklayer forged a career in academia and went on to become an internationally-renowned economist. When asked whether she realized she had smashed the glass ceiling, she reflects for a moment and smiles. Even when she was small, playing in the streets of her village with her brothers and cousins, she always had to stand up to the boys, she recalls. They were in awe of her, she says. “In a bricklayer’s family, you can’t be prissy.” In a sense, she grew up on a building site and “if you can weather that, you can weather anything,” she says, with a smile. This strength of character helped her shrug off snubs and dirty looks from pretentious colleagues at conferences later in her career. Backes-Gellner has an optimistic, open-minded and pragmatic approach to life.

And these days, she advises some of the world’s most powerful people. As a member of the newly-formed “Rat der Arbeitswelt” (Advisory Council on Work and Employment), which addresses the changes in the world of work on behalf of the German Federal Labor Ministry, she advises the government, policymakers and the public.  She is a sought-after speaker and expert at conferences all over the world. But the globetrotter regularly goes back to the village where she grew up. And sometimes, when things get too abstract during a panel discussion or expert commission meeting, thinking of her village helps her put things into perspective. Because Backes-Gellner has always kept her feet firmly on the ground.

And what else does Professor Backes-Gellner – who is set to retire in five years – have planned? She thinks for a moment and then smiles mischievously. “I’ll take things as they come, as I always have.” She definitely won’t be sitting around idly. In this way she is like her mother, who at 90 is still active, pottering about in her garden and growing her own vegetables all year round.