(jpg, 1.02 MB) A game with facts and figures around the suckling behavior of various animals. (Image: Zoologisches Museum UZH) 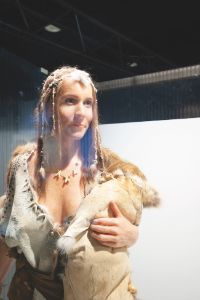 (jpg, 1.57 MB) In the Mesolithic period, women carried their children with them when they went gathering nuts or berries, and breastfed them for several years as required. (Image: Zoologisches Muesum UZH) 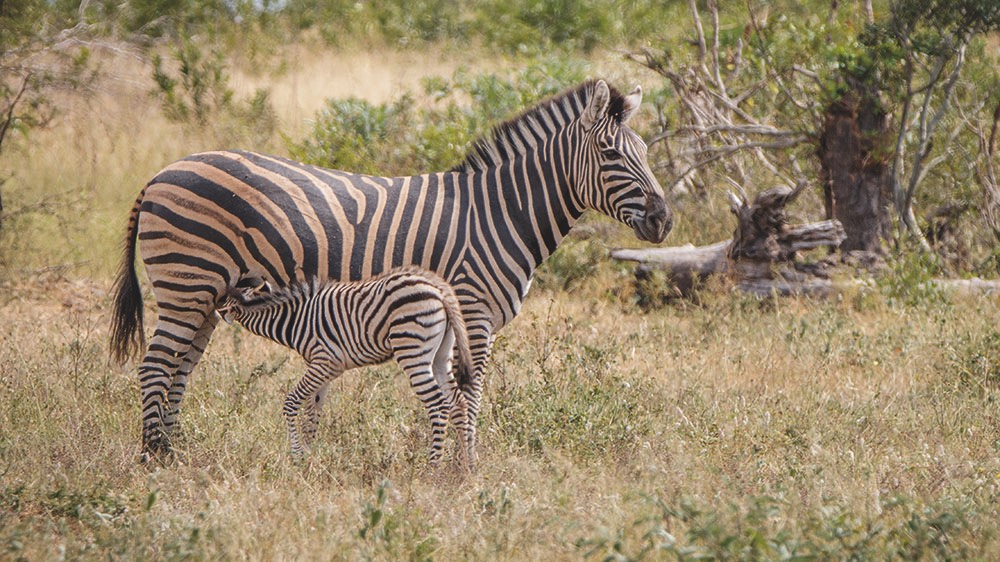 A zebra foal drinking from its mother. (Image: simonemanphoto )

Milk from various farm animals is a part of many people’s everyday diet. However, milk is also the basis of life for all mammals right after their birth – from hares to seals as well as humans. Even some species of birds, cockroaches, flies and spiders provide milk for their offspring. Produced by the female organism in an elaborate process, milk supplies young creatures with important nutrients, neurotransmitters and protective substances. The composition of the milk and ways of feeding are as varied as the mammals themselves and reflect their social behavior, environment and evolutionary path.

For example, the milk of rhinoceroses living in arid regions is much runnier than seal milk, which in turn is 300 times fattier and thus crucial for the baby seals’ survival in the extreme cold. But why is milk only produced by female organisms, and are there any exceptions to this rule? How do newborns benefit from the intimate contact with their mothers? And what was the original purpose of milk, back when mammals used to lay eggs in the early days of their evolution? The special exhibition “MILK – Maternal Elixir” explores these questions. Developed by the Natural History Museum in Fribourg and presented in three languages, the exhibition is now being shown at the Zoological Museum of the University of Zurich.

In an interactive laboratory visitors can compare the composition of milk from animals living in different climates and perform experiments to find out why exactly milk is white. They can learn about how feeding affects the brain and regulates milk production, and then test their newly acquired knowledge in an entertaining game.

The exhibition lets you explore 200 million years of mammal evolution by investigating the branches of an evolutionary tree, including egg-laying mammals and mammals that give birth to well-developed young; mammals that produce a sweat-like protective substance and those that produce particularly nutritious milk; and mammals whose young constantly feed as well as others who only periodically feed their offspring. “Evolutionary differentiation has led to tremendous diversity. Over 6,000 species of mammals are known to us today,” says Isabel Klusman, head of the museum. “What they all have in common is this effective and efficient way of feeding their young. This is very different to birds, for example, which have to go to great lengths to bring food to their chicks, or some spider species, where the mother sacrifices herself to provide her young with food.”

Mother’s milk – basis of life with a protective function

Mother’s milk also has important functions for humans.  “It shapes the intestinal microbiome of newborns, protects them from infection, and supports the development of their immune system,” explains human biologist and mother’s milk researcher Thierry Hennet. Later on, the milk becomes higher in fat, which promotes the baby’s growth. “Human milk is the most complex of all mammals,” says Hennet. “It consists of several substances whose composition changes throughout the lactation period to meet the child’s needs – a fascinating process. There are still plenty of questions for researchers to explore and explain in this incredibly complex subject.” 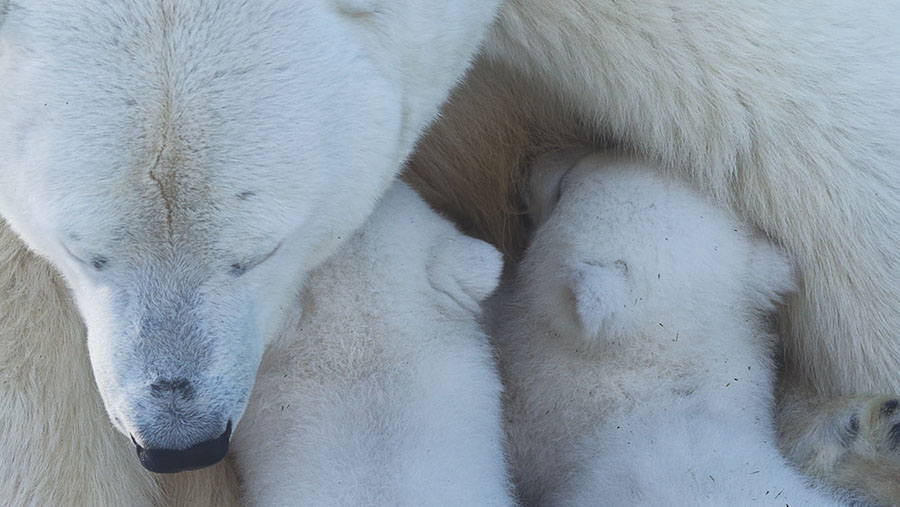