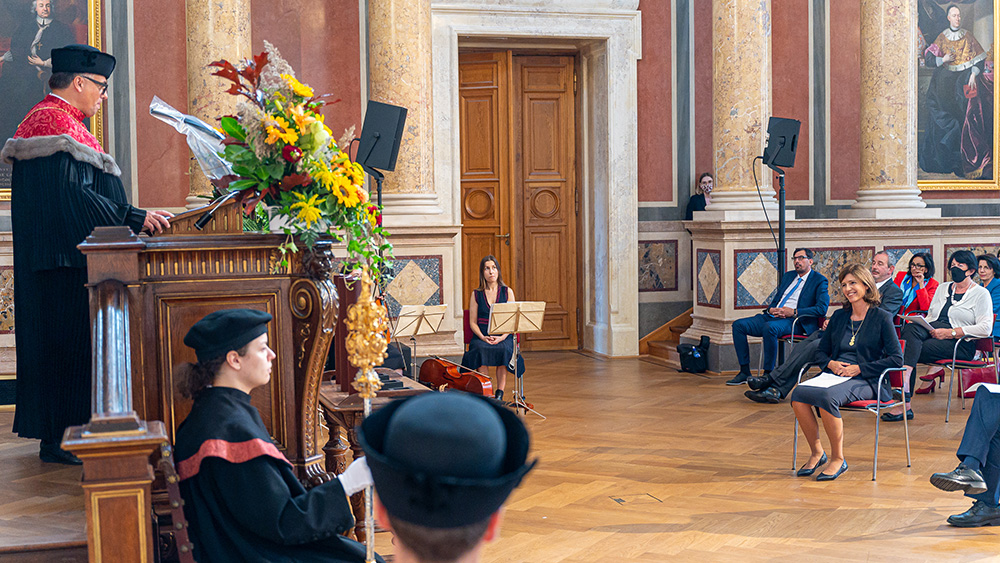 We meet in Andrea Büchler’s office on Rämistrasse and sit at the table with a safe distance between us. The travel restrictions have been the hardest thing for her personally about the coronavirus pandemic, she confides. Traveling for Büchler means discovering new worlds, coming into contact with completely different opinions and viewpoints: “These sorts of encounters inspire me.”

In terms of her research, she says it is interesting to see how various legal systems deal with certain developments. “In family law, for example, legal questions are often rooted in very similar dynamics in society. The questions may be the same everywhere, but the answers can be very different.”

For example in Palo Alto in Silicon Valley, where Andrea Büchler lived for a while, surrogacy is talked about matter-of-factly as an option for starting a family. But in Büchler’s conversations with women in India who have borne a child for other people, they voiced their worries, needs and hopes. The law professor has traveled extensively – even as a schoolgirl she spent time in the USA and in Chile. After finishing school she visited Nicaragua, Nepal, Thailand and Hong Kong. Her professional life also often took her abroad, including trips to Cairo, Berlin, Bangalore, Berkeley, New York, San Francisco and last but not least Vienna, where she was a visiting professor.

In September, she was awarded an honorary doctorate by the University of Vienna. In the laudation speech, dean of the University of Vienna Paul Oberhammer said: “Andrea Büchler looks into those places where others look away in discomfort: Islamic law in Europe is one such topic, or legal questions connected with the body, with the intimate sphere, private lives, families, reproduction, the start and end of life.” Such interest was not mere sensationalism, he continued, but reached into places where fundamental certainties were broken down, such as what the law actually meant when it divided people into categories of men and women, and what it might be overlooking in the process. Or the question of the boundary between person and object if physical organs became the subject of decrees.

Genuinely liberal values informed all of Andrea Büchler’s work, stressed Oberhammer. “She takes a liberal approach that does not presume to know what others should think and feel and that always respects the pluralistic society with all its different roles and ways of being human, and in terms of the law and its provisions, always thinks of making things possible rather than forbidding things.”

Büchler, for her part, says she has always regarded her work as a privilege. “It is a privilege to have the opportunity to reflect on questions that are underrepresented in the elevated spheres in which legal doctrine is negotiated. I’m thinking of the ordinary dimensions of intimate relationships between partners or between parents and children. In close social quarters, our wishes and desires can be expressed, but our vulnerabilities are also exposed in all their facets – physical, mental and financial.” 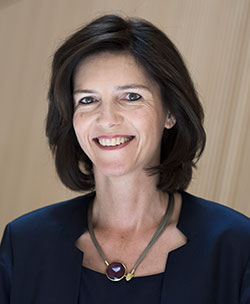 But what role should the law play in all these thorny social questions? “Over the years I’ve become convinced that restraint is needed,” says Büchler. “People’s lives play out in myriad different ways for a multitude of reasons; to force them to fit into narrow legal frameworks is hardly possible nowadays.” Does that mean that the law is lagging behind social and technical progress?

It’s not as simple as that, says Andrea Büchler. Reproductive decisions, for example, are highly personal. Images and concepts of parenthood and family are shaped by our cultural, religious and social background as well as our individual history. Legal interventions in such personal contexts ought to be limited and only implemented when major interests of society or other people are at risk.

Foremost task of the law

“Given the wide range of personal values and attitudes, it’s not possible to declare that a certain position is the norm.” Questions of conscience should not be delegated to lawyers either. Diversity is a barometer of our freedom. Freedom, in turn, requires autonomy, which can only develop when personal rights are protected. Autonomy can only flourish in the right environment, otherwise it will remain flawed.

Ensuring that this environment is in place is one of the most important tasks of the law. It is also the task of the law to guarantee protection where vulnerabilities exist: the protection of human dignity, of physical integrity, of the well-being of children, says Büchler.

For Büchler’s next project, she wants to take an in-depth look at the factors that underpin decisions about parenthood – the legal, medical and social prerequisites and their consequences for the individual, the family, the society and the economy. She is also leading a new University Research Priority Program at UZH, Human Reproduction Reloaded, which will launch in January 2021: “I’m looking forward to working on the major questions around reproduction with colleagues from very different disciplines.”