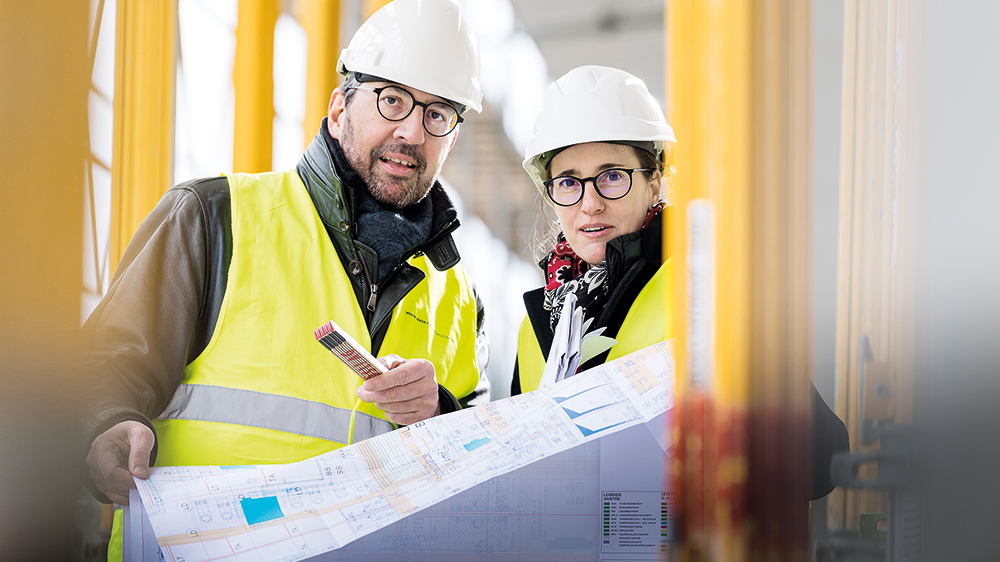 François Chapuis’ office is on the fifth floor of the building on Stampfenbachstrasse 73. Its windows offer views of the Limmat as it flows out of the city towards the Canton of Aargau, where father-of-four Chapuis grew up and still lives, in Wettingen near Baden. In the past 10 years, he headed up the real estate department of the Aargau cantonal government in Aarau.

Armed with degrees in building engineering and information systems, he still had a lot that he wanted to achieve as cantonal master builder, but when the prospect of joining UZH and leading its major building projects presented itself, he couldn’t say no. “Being a part of such a once-in-a-lifetime project was an opportunity I simply had to take,” he explains.

Thanks to his experience as master builder of the Canton of Aargau, he is well equipped to tackle the challenging tasks at UZH. The numbers actually haven’t changed that much: In Aarau, he managed some 1,000 buildings, including schools, museums, historical buildings and administrative offices. He was responsible for real estate with a total value of around 2 billion Swiss francs. In comparison, total investments for UZH’s construction plans over the next decades amount to 3.5 billion francs.

University embedded in the city

“In many respects, I’m continuing at UZH where I left off in Aargau,” says the 52-year-old. He elaborates by spreading out a map of Aarau that is covered with colored dots, which mark the buildings and offices occupied by the cantonal administrative bodies. Chapuis indicates the many sweeping arrows on the map that all point to a few highlighted areas.

“This is where the canton’s administration will be brought together,” he explains. The government of Aargau, like the University of Zurich, has neglected to renew its infrastructure for decades, instead opting to rent buildings that are spread out across the city. The solution that Chapuis developed and pushed for resembles the strategy adopted by UZH, whereby its site development focuses on two campuses, City Center and Irchel.

Chapuis fully supports the plan to develop and distinguish UZH as a city university rather than setting up a campus at the edges of the city. “UZH’s central location provides tremendous benefits and opportunities – for the city as well as the University,” he says.

“UZH is currently not reaping enough of the benefits that come with its location, but this will change with the FORUM UZH and the planned open spaces in the university area. In terms of urban development, the project of Herzog & de Meuron is a stroke of genius for the future center for education and research,” says Chapuis. “The planned building is prominent and inviting, and connects the world of science and research with the surrounding urban environment in multiple ways.” 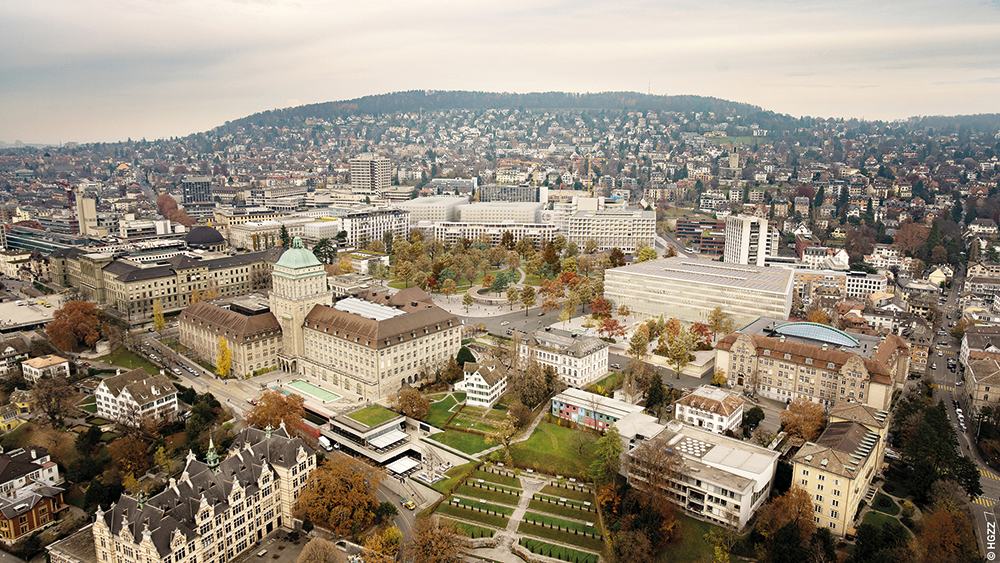 HGZ
The University district of the future with Gloriapark and FORUM UZH. (Image: Herzog & de Meuron)

Chapuis is especially looking forward to the newly designed Gloriapark and the neighboring terrace in front of the FORUM UZH, which together will form the heart of the future university area. “This will be the bustling center of the neighborhood, with lots of green. A place to meet other people and linger. This is where urban and university life will come together, and also where the benefits of a city university will become obvious.”

There are still many political, legal and financial hurdles to clear before the FORUM UZH and the other buildings on City and Irchel Campus will be able to open their doors, but Chapuis is optimistic. “We’re in regular contact with the members of the university, the canton, the city, the local residents and all the other involved parties,” he says. The delegation model agreed on by the Canton of Zurich and UZH is another reason why he looks to the future with confidence. This model gives UZH the right to act largely independently in matters related to new building projects. “This means that the processes are much leaner than I was used to in my previous job as cantonal master builder,” he states.

Chapuis has settled in nicely since he started at UZH in December. “I received a very warm welcome,” he says. The Directorate for Real Estate and Facility Management is relatively new, created at the beginning of 2018 with the aim of managing the large-scale construction plans in the city center and at Irchel. “My predecessor Peter Bodmer did a great job building up the directorate, and now I get to continue and secure this work,” says Chapuis.

His main concern at the moment is to more accurately determine the space required by UZH. “This involves many little steps, and every one of these steps takes hard work and creativity to find the best solutions together with the relevant users,” he explains.  Why is this necessary? “Because misallocations of space in large-scale building projects are often caused by not thinking clearly enough about what’s really needed and what isn’t.” Fortunately, Chapuis has an excellent track record when it comes to determining space requirements: The Canton of Aargau was one of the first cantons to introduce strategic portfolio management principles for developing its real estate.

This article was published in printed form in UZH Journal 1/19 (in German).