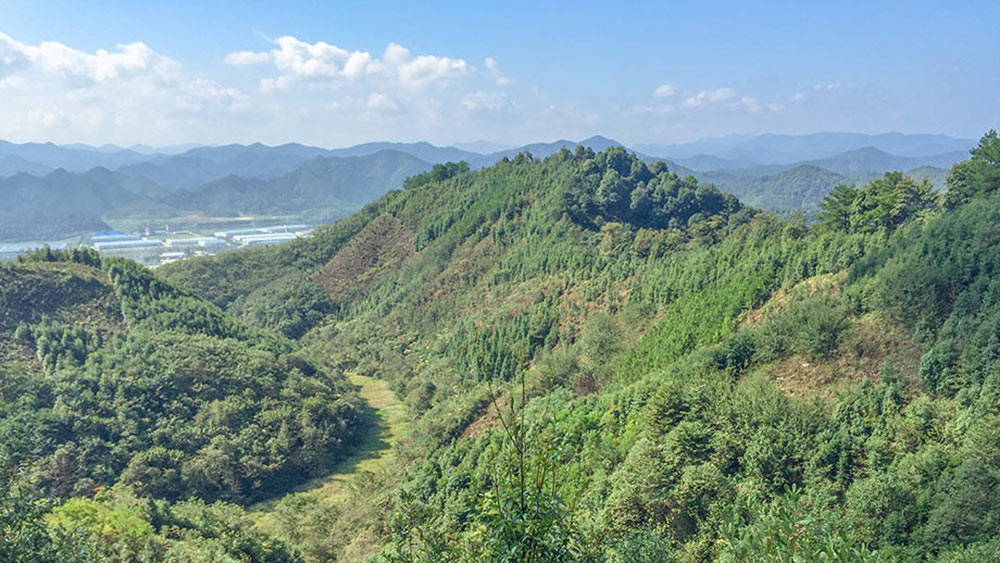 Diverse forests can accumulate twice as much carbon as monocultures. (Image: UZH)

Bernhard Schmid, what does wealth mean in the context of the world of nature?

BERNHARD SCHMID: In nature there’s no such thing as surplus. Organisms will always make use of a plentiful food supply. They constantly “invest” the nutrients, so to speak. Plants that don’t use the nutrients will lose out to the ones that consume them immediately. This is the survival of the fittest principle, a concept that is ubiquitous in nature – those who don’t evolve will fall behind.

SCHMID: Imagine there are two trees in a forest. Maybe Tree A has slightly better conditions than Tree B, so it grows faster. During this process, Tree A starts to overshadow Tree B and becomes even bigger, while the conditions for Tree B continue to get worse. In the end there are just a few big trees left that catch our attention in the forest, while the others die off and disappear. Social inequality in the natural world is huge.

Are there any parallels to human society?

SCHMID: What’s interesting is that this process speeds up when there are a lot of resources available, like fertilizer for instance. There are now theories that claim that human societies are also more equal when resources are scarce. However, if there is an abundance of resources, inequality grows: Probably because then it’s less important for people to cooperate with each other. But if resources are scarce, cooperation is the only way to survive.

Your research focuses on biodiversity – which, as we know, has been steadily declining, also in part due to human activity. What happens when the number of species decreases?

SCHMID: When an ecosystem loses species, it works less well or stops functioning altogether. We ran experiments where we reduced the number of plant species in an ecosystem step by step until just one remained. The results clearly showed that as biodiversity declined, the system became increasingly unproductive and also lost dependent plant and insect species. More nitrogen remains in the ground, because nutrients don't get used sufficiently. The fertility of the soil declines, and there are also fewer pollinators. The whole system just becomes poorer. Despite all these disadvantages, monoculture farming is still the norm in today’s agriculture.

SCHMID: Modern agriculture, which got its start in 19th-century England, is based on the assumption that there is one optimal way to use farmland. People thought that you would get the best yields when providing the right plant with ideal conditions, that is light, water, nutrients, CO2. What people overlooked was that a single plant species can never use the full scope of nutrients in the soil. Just like in human societies, there needs to be a division of labor in the plant world for a system to be productive. We don’t have engineers who also work as musicians, chefs and hairdressers either. Our society benefits from the different skills that people have acquired. It's the same in the natural world. Yields are higher when different plants with different qualities work together. Diverse plant ecosystems are also much more sustainable than monocultures, because they make ideal use of the nutrients in the soil, and there are more microorganisms. This means that there’s less of a need for fertilizer. Our research provided impressive evidence for this.

So the agriculture of the future should be based on biodiversity?

SCHMID: Absolutely. For instance, you could have fields that combine different kinds of corn and wheat: two rows of corn, then six rows of wheat and so on. Today it should no longer be a problem to build harvesters that are equipped to work these kinds of fields. There’s an EU project already working on cultivating legumes – lentils, peas and beans – and grains – wheat, barley and rye – on the same field. The farmers participating in the project are enthusiastic about the results.

You’re a proponent of using genetic engineering to optimize biodiverse farmland. Why?

SCHMID: Gene editing technologies like CrisprCas can be used for the targeted placement of individual genes into plants. This allows different varieties to be customized to complement each other for an ideal division of labor on the field. For example, different types of corn or grains can be bred to complement each other in terms of flour quality or pest resistance while becoming ripe at the same time, which makes harvesting easier.

SCHMID: You definitely need to keep an eye on potential side effects, but these also occur with selective breeding. There’s no reason to assume that inserting a specific gene is any more harmful than creating new strains of a plant using conventional methods, which change multiple genes simultaneously.

But somehow when we think of genetic engineering and sustainable agriculture, they don't really seem to be compatible concepts. Is this an unfounded view?

Will there still be monocultures 50 years from now?

SCHMID: That I can't say. But going forward, agriculture is going to have to be biodiverse in order to achieve the right levels of productivity and sustainability, quite aside from the fact that it is also more profitable.