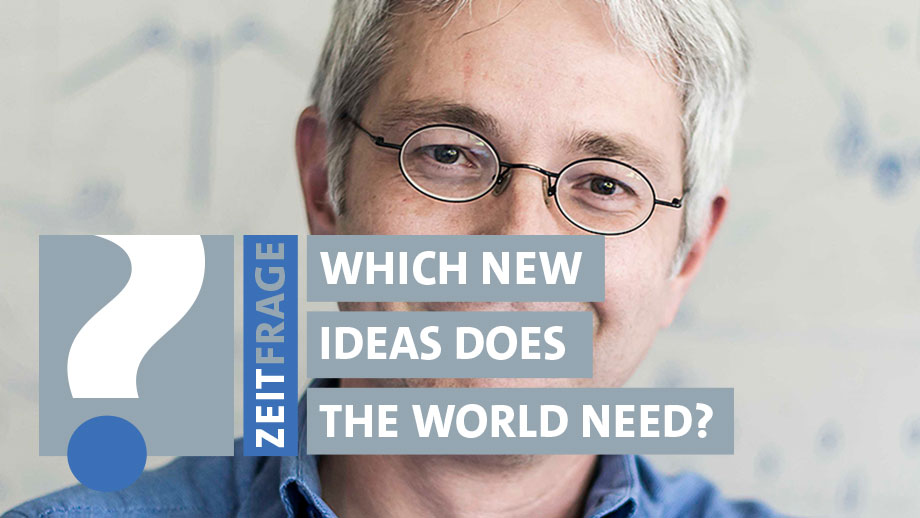 In the video below, the protein molecules H1 and ProTα appear to be engaged in a fast-paced dance, feverishly wooing one another, alternating between moving closer and keeping more distance. These two proteins are found in the nuclei of human cells, and while their biological significance is not exactly common knowledge, their special behavior is certainly worth noting. Although these proteins are intrinsically disordered, they are still able to bind with one another in a targeted fashion. This flies in the face of the current paradigm in biology and opens up new perspectives on how proteins behave inside of cells.

Ben Schuler is a professor of molecular biophysics at the UZH Department of Biochemistry. Schuler and his team researched the astonishing mechanisms of H1 and ProTα, and published the findings in an article in Nature nearly two years ago. Their work was made possible by unique and complex detection methods that have propelled Schuler into the top tier of biophysicists. The Biophysical Society has chosen Schuler as a fellow thanks to his work on developing new methods for researching protein folding. At the Society’s awards ceremony in San Diego next February, he will be honored specifically for his many years of work with single-molecule spectroscopy.

“I'm of course extremely happy about receiving this recognition,” says Schuler. The 48-year-old researcher says that the honor is satisfying on a personal level, and he sees it as confirmation that biophysics – a field that is little known to the public – was the right choice for him. “When I started university in 1990, I had to choose between physics and biochemistry,” he recalls.

Insight into the wheelwork of cells

He chose to study biochemistry in Regensburg and came to specialize in biophysics over the course of his studies. Biophysics research often concentrates on the three-dimensional structure of biomolecules. Researchers apply the maxim “form follows function” to their work, as decoding the structure of these molecules can reveal important information about their biological functions. A prime example of this is the double-helix structure of DNA, which was identified by Francis Crick and James Watson in 1953 using X-ray crystallography. This discovery paved the way for deciphering the genetic code.

After finishing his studies in Bavaria, Schuler rushed headfirst into the world of protein research. These large molecules act as the wheelwork of a cell, keeping its processes and structures in motion. In just a single human cell, millions of proteins can be found hard at work. Decoding their structure and function is one of the great challenges of modern biology. With traditional methods, researchers crystallized protein molecules and studied them with X-rays, but only proteins that have an ordered spatial structure can be crystallized.

This means that conventional methods only allowed biophysicists to analyze some protein mechanisms, leaving them clueless about others. New research methods are now allowing researchers to turn their attention to disordered and unstructured proteins. The first proteins of this kind were identified around 20 years ago – a bombshell discovery that continues to motivate biologists to this day. For a long time, the existence of disordered proteins had been disputed, and they only gradually became accepted within the scientific community. Disordered proteins also have yet to make it into textbooks, although they make up around 30 percent of the human proteome.

“Disordered proteins are a new paradigm and contradict our old framework,” explains Schuler.  For many years, it was a core belief that the function of a protein depended on its fixed three-dimensional structure, and that proteins were like keys that needed to fit into specific keyholes in order to dock onto their target molecules. Disordered proteins do not have these kinds of structures. Instead, they have different ways of binding with other biomolecules. H1 and ProTα, for instance, exhibit powerful electrostatic attractions in certain areas that even change during the binding process.

With his flair for physics, Ben Schuler gives top priority to decoding unstructured proteins with the use of cutting-edge technologies. He has made a name for himself by using the FRET (Förster resonance energy transfer) method to profile single-molecule proteins. In FRET experiments, proteins are tagged with fluorescent chemical compounds and irradiated with a laser. Measuring the energy transfer between these compounds provides insights into the spatial structure of the protein. Unlike X-ray crystallization, the FRET method can be applied to proteins in vivo – that is, even inside living cells. 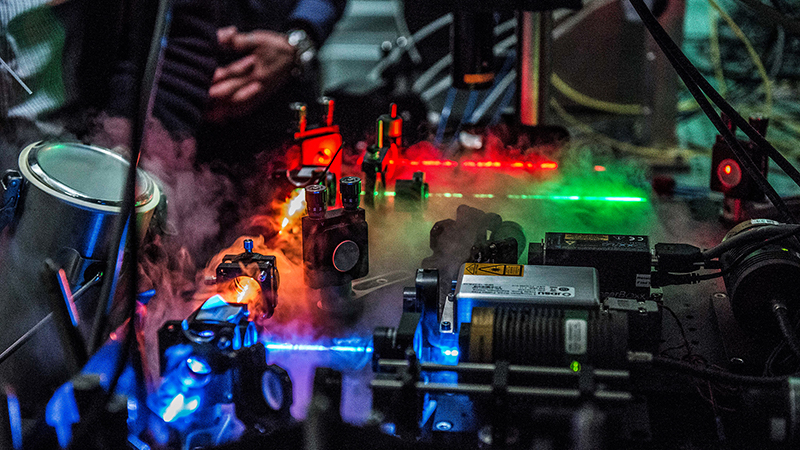 This technique is only possible thanks to highly sensitive light detectors and ultra-fast electronics. The analysis is similarly cutting-edge, with high-performance supercomputers being used to make sense of the measurement data and decode the protein structures. Preparing the molecules for measurement also demands a lot of finesse. The H1 protein proved to be particularly tricky, requiring years of experimentation from Schuler’s team. The University is benefiting enormously from the research group’s innovation and skill: UZH is the only Swiss institution of higher education that can apply this technology in this field.

Thanks to innovative researchers such as Ben Schuler, the study of unstructured proteins is currently experiencing a boom. These proteins have been shown to be involved in many illnesses; for instance, in neurodegenerative diseases such as Alzheimer’s, Parkinson’s and amyotrophic lateral sclerosis (ALS). Disordered proteins also play a central role in some types of cancer. Tumor protein p53, for example, acts as a tumor suppressor and is the most commonly mutated gene involved in human cancer.

These high-tech methods for decoding proteins are allowing scientists to tread completely new ground in both basic and applied research. The latest Insight Report published by the Geneva-based World Economic Forum listed “disordered proteins as drug targets” as one of the top 10 emerging technologies for 2019. Thanks to trendsetting researchers like Ben Schuler, this hitherto little-explored area of biology is now getting the attention it deserves.

Video animation of the interaction of two unstructured proteins.