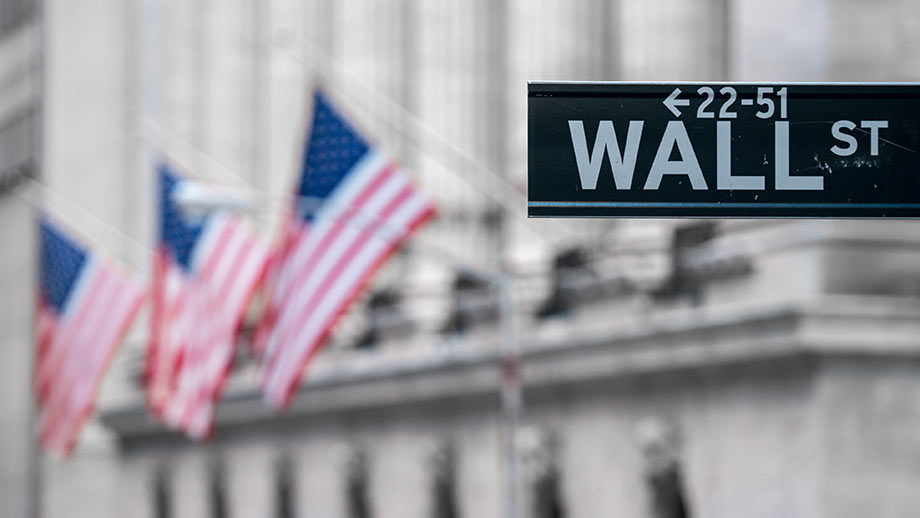 Barbara Straumann: “The dream of easy money still holds a powerful allure. This is certainly food for thought, especially after the experiences of the financial crisis in 2008.” (Image: iStock, 400tmax)

Two years ago Jordan Belfort made an appearance in Zurich, drawing large crowds to Samsung Hall on the edge of the city. The former US stockbroker explained to the audience how to make fast money by trading stocks. In the late 1980s, Jordan amassed a fortune worth millions while still in his twenties – but not entirely legally, as it turned out. In 1998 he was sentenced to several years in prison for securities fraud and money laundering.

Since his release, he has been touring the globe giving management and sales seminars. The events are well attended; people don't seem bothered by the fact that Belfort is a former con artist. “The dream of easy money still holds a powerful allure," says English literature researcher Barbara Straumann. “This is certainly food for thought, especially after the experiences of the financial crisis in 2008.”

Jordan Belfort became famous primarily thanks to Leonardo DiCaprio’s depiction of his life in the film The Wolf of Wall Street by star director Martin Scorsese. It’s not just salespeople and soldiers of fortune who are fascinated by the world of money and bankers but also writers and movie buffs. “They find shady bankers interesting mainly because they produce stories,” says Barbara Straumann. “They're unscrupulous and glamorous and embody our society’s fantasies of becoming rich.”

Morally questionable bankers have long had a grip on our imaginations, and were already the inspiration for numerous stories in 19th-century literature. Straumann is conducting a wide-ranging research project that analyzes not only contemporary films like The Wolf of Wall Street but also explores how the world of finance was presented to readers of Victorian-era (1837–1901) English novels.

The starting point of the project was the last financial crisis, which was primarily a debt crisis. “It became possible to live a hyped-up life,” explains Straumann. “A place where dreams and nightmares lived in close proximity.” She began to wonder how the dream of wealth and the nightmare of debt were depicted in bygone eras, particularly in the novels of the 1800s. The middle class that gradually arose after the French Revolution gave rise to the idea of becoming wealthy through work – through diligence and clever investments – rather than through inheritance like the aristocratic class. This meritocratic, middle-class mindset is the backdrop for many 19th-century English novels and reflected the worldview of the authors and readers of the era. The banker became a central literary and social figure in these stories. “The banker is honored by society, even deified, because he promises wealth and can generate it in an almost magical way,” says Barbara Straumann.

These gods of money appeared in the form of characters like Mr. Merdle in Charles Dickens’ Little Dorrit (1855–57) and Augustus Melmotte in Anthony Trollopes’ The Way We Live Now (1874). “Both novels depict a money-hungry society seeking to enrich itself,” says Straumann. This is why other characters in the books hang on the bankers’ every word. But none of it pays off in the end: Melmotte sells shares in a railway company that doesn't exist, and Mr. Merdle conducts shady deals that financially ruin thousands of people. “In both novels, the guilty bankers are morally condemned, as is society’s worship of money,” says Barbara Straumann. Both Mr. Merdle and August Melmotte end up taking their own lives.

Over a century later, Gordon Gekko uttered the famous words “Greed is good” on camera. Played by Michael Douglas, Gekko is the main character in Oliver Stone’s 1987 film Wall Street. In the 1980s, the US and the UK were dominated by the politics of Ronald Reagan and Margaret Thatcher. Both the US president and the British prime minister advocated for neoliberal policies and deregulation. “A culture of extreme individualism arose during this time,” says Straumann. “Self-interest was paramount.” This was reflected in characters like Gordon Gekko and in numerous texts and films that followed.

Authors and directors rediscovered the world of finance starting in the 1980s, and the hype has yet to wane. Unlike in the 19th century, however, films such as The Wolf of Wall Street pass hardly any moral judgment. Twenty-first century audiences are left to decide for themselves how they feel about the reckless men of finance portrayed on screen. And in the end, we all have to decide for ourselves whether we expect to find luck at the hands of money gurus like Jordan Belfort.

Money in books and on film: Barbara Straumann’s tips

Sebastian Faulks’ A Week in December (2009) takes a satirical look at London society. The work centers on a hedge fund manager who amasses hundreds of millions of pounds through quasi-legal means. It's set right before the financial crisis, and he sees a chance to acquire more money and enrich himself by bringing down a large bank.

John Lanchester’s Capital (2012) portrays big city life in London, the capital of capital. The novel shows how a banker, his shopaholic wife and a host of other characters are shaped by a money-obsessed culture and how they ultimately deal with the financial crisis. Lanchester’s belief in the importance of understanding economic processes led him to publish two non-fiction books: I.O.U.: Why Everyone Owes and No One Can Pay (2010) and How to Speak Money: What the Money People Say – And What It Really Means (2014).

Money Monster, directed by Jodie Foster (2016), tells the story of Lee Gates (George Clooney), a TV personality who tells audiences how they can make money fast. During a live broadcast, a desperate investor takes Gates hostage, because he lost his life’s savings after following one of Gates’ stock tips. The show's producer Patty Fenn (Julia Roberts) has to keep her cool while uncovering the truth about the dirty dealings that led to the stock’s crash.

The thriller Equity, directed by Meera Menon (2016), offers a female perspective on the male-dominated finance industry. The film was created by a female ensemble and received financial support from a group of Wall Street women. The story follows investment banker Naomi Bishop (Anna Gunn) as she fights for her career while being confronted with corruption and intrigue.