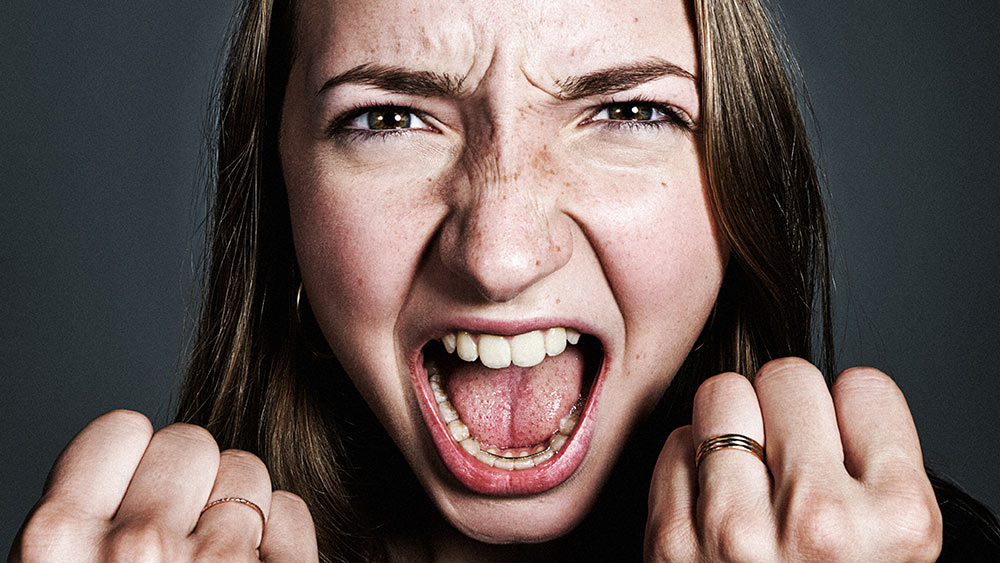 Human behavior is always a product of two factors: The genes we carry and the environment in which we grow up. (Image: Jos Schmid)

It makes shocking reading. In June 2017, the US American magazine The Atlantic published a long article about psychopathy in children. The protagonist of the report is Samantha. She grows up in a healthy and stable home from a young age with her adoptive parents, a primary school teacher and a doctor.

At age two, Samantha deliberately pees on a playmate with whom she had squabbled earlier. She pinches and shoves other children until they cry – and she beams with delight. When her mother admonishes her, Samantha goes to the bathroom and throws Mommy’s contact lenses down the toilet. “Her behavior wasn’t impulsive. She knew exactly what she was doing,” says Samantha’s mother in The Atlantic. Soon after Samantha turns six, her mother catches her trying to strangle her two-year-old sister. “I want to kill you all,” says Samantha when her mother talks to her about it. A short while later, she tries to throttle her two-month-old brother. Finally, a New York psychiatrist makes a diagnosis: Conduct disorder with callous and unemotional traits (CU traits).

CU-traits in children and young people are nothing new. But in recent years research into the problem has increased, as scientists believe the traits could be at least part of the reason for the increasing aggression and violence seen among young people.

Callous and unemotional traits result when a child does not sufficiently develop empathy and a conscience. This means that children with CU traits barely react to emotional stimulus, have difficulty recognizing other people’s feelings, and do not seem to experience fear, guilt or remorse. They also are less likely to display emotionally heated reactions, and act more in a conscious and calculated manner. That can make them dangerous.

Ten years ago, British psychologist Essi Viding made herself unpopular in psychology circles by hypothesizing that CU traits were possibly innate in some people, and not just a result of their environment. She proved her theory by using magnetic resonance imaging to compare the brain functioning of boys displaying anti-social behavior with that of other boys. Researchers first used brain imaging techniques to trace features of anti-social behavior in the brain in 2005. However, the studies were done mainly using male test subjects.

That changed in 2013 with the start of FemNAT-CD. The wide-scale European research project has the aim of identifying the causes of sex-specific differences in the diagnosis of conduct disorder. FemNAT-CD consists of numerous sub-projects which include studies looking at the recognition and regulation of emotions. 17 universities and research centers are involved, including the University of Basel with psychologist Christina Stadler, and the University of Zurich with neuro-psychologist Nora Raschle of the Jacobs Center for Productive Youth Development.

In their first study under the FemNAT-CD framework, Stadler and Raschle found neural differences between young people with CU traits of differing intensity. The differences manifested themselves in the “insula”, a region of the frontal lobe that is involved in processing and regulating emotions. In male youths with pronounced CU traits, the grey substance of the insula was thicker than in young people who displayed only a little or no anti-social behavior. The conclusions of the first study showed that CU traits were associated with biological changes in the brain, “but only in boys,” says Raschle, “in girls there was no connection.”

A total of 1,800 children were examined as part of the FemNAT-CD studies, undergoing MRIs and other tests. There is no risk to the children’s health: “An MRI scanner makes a lot of noise, but it works using magnets, and does not emit any invasive radiation,” explains Raschle. The MRI recognizes the activity of individual brain regions by picking up signals from protons, and converts the data into an image that can be evaluated. “How strong are our reactions to, for example, a frightening scene in a film? We can find out using magnetic resonance imaging,” says Raschle.

In other studies, the FemNAT-CD researchers managed to show that in girls with a conduct disorder, not only the brain structure but also the brain functioning and the connections between specific brain regions are altered. “In these girls, a region in the frontal lobe that is responsible for regulating emotions is less active, and the connections to other emotional centers of the brain are missing,” says Nora Raschle. “It seems that the interaction between feeling emotions and regulating emotions does not work properly.”

A follow-up study is now planned to find out whether boys and girls with the same diagnosis have similarities in terms of emotion regulation or not. What is already known is that boys and girls display their aggression differently, says Raschle. This could indicate that there are sex-related differences in the relevant brain functioning.

And what does Nora Raschle think about Samantha’s case? “It is certainly one of the most extreme cases of a conduct disorder. And it is very interesting because Samantha apparently grew up in a secure and stable family. Unfortunately it is often the environment that leads to problematic behavior.” For neuroscientists it is clear that conduct disorders do not just have biological causes. “No child is born bad,” says Raschle.

Rather, she says there are differences in the ways in which individuals recognize and process emotional situations. The traits may, in her view, be partially influenced by our genes and, as with other specific traits, lie on a spectrum of behavior with extremes at either end. But a genetically influenced model is never set in stone. Parents, teachers and therapists can influence and help to correct the traits. Ultimately, says Nora Raschle, human behavior is always a product of two factors: The genes we carry and the environment in which we grow up.

The important thing is to keep both aspects in mind when researching such behavior. “The purpose of our research is, at the end of the day, to find the most suitable and individualized treatment approaches,” explains Raschle. “If we know thanks to MRI technology that conduct disorders can also have biological causes, the perspective is widened and the possibility of finding suitable treatments is increased.”

Glimmer of hope for Samantha

When The Atlantic published the article quoted above, Samantha was 11 years old and had been living in a therapy center in Texas for two years. She still did not have control over her emotions. If a teacher told her off, Samantha would wait for the right moment and then ram a sharpened pencil into his hand. But there were also glimmers of hope: Samantha had made a friend, and was sometimes able to perceive her friend’s feelings, and even comfort her when she was sad.

The Texan center uses a therapeutic approach developed by a medical and therapeutic facility for young offenders (see box). There are therefore approaches that can help treat aggressive behavior. But the question is: Does such an approach change only the behavior or also the biology? Is it possible to train or alter insufficiently developed or under-active brain regions? Nora Raschle: “We know too little to say for sure at this point, but that’s what we’re researching now.”

Whether biology influences behavior or behavior influences biology is still a chicken and egg problem at the moment. The fact is, however: If small children have negative experiences in their environment, it has an effect on their brain development. It is certainly conceivable that negative experiences also affect the development of those brain regions that are responsible for processing and regulating emotions.

The large-scale European study is now concluded. “Now we will evaluate the results,” says Nora Raschle. She hopes they will lead to some answers to the open questions about emotion regulation in young people – including whether there are sex-specific differences. “The topic has been neglected for a long time,” concludes Raschle, “but the findings will give the research new impetus.”

Young people with a conduct disorder find it hard to read emotions, including fear, in other people. Tests have shown that such children are usually unable to recognize fear in a facial expression. There is a famous quote from a young criminal, who as part of a study was shown a photo of a frightened person’s face: “I don’t know what this feeling says, but people look exactly like that before you stab them.”

People who do not recognize fear also feel no fear themselves. Youngsters with CU traits do not have the brake mechanism that would protect them from accidents. But fear is an important biological regulator in human interaction, whether passive or active. It means that if you perceive that another person is frightened by what you are doing, you will usually stop. Conversely, if you feel frightened, you will withdraw from a dangerous situation – usually before it gets violent.

What kind of therapy can help people who lack a conscience and also do not fear punishment? A facility for young violent offenders in the US state of Wisconsin has developed a specific therapeutic approach. For many of the men in the facility, it is thought that CU traits are the cause of their aggressive behavior. They therefore also behave in an anti-social way in therapy and pose a threat to their carers.

The institution’s therapeutic recipe is called “reward instead of punishment.” Bad behavior receives only a brief punishment, as someone who feels no fear also does not understand punishment. Normal or good behavior, on the other hand, is rewarded with points and privileges. It seems to work: According to the figures from the US health authorities, the re-offending rate of “difficult boys” from the Wisconsin center is considerably lower than usual.