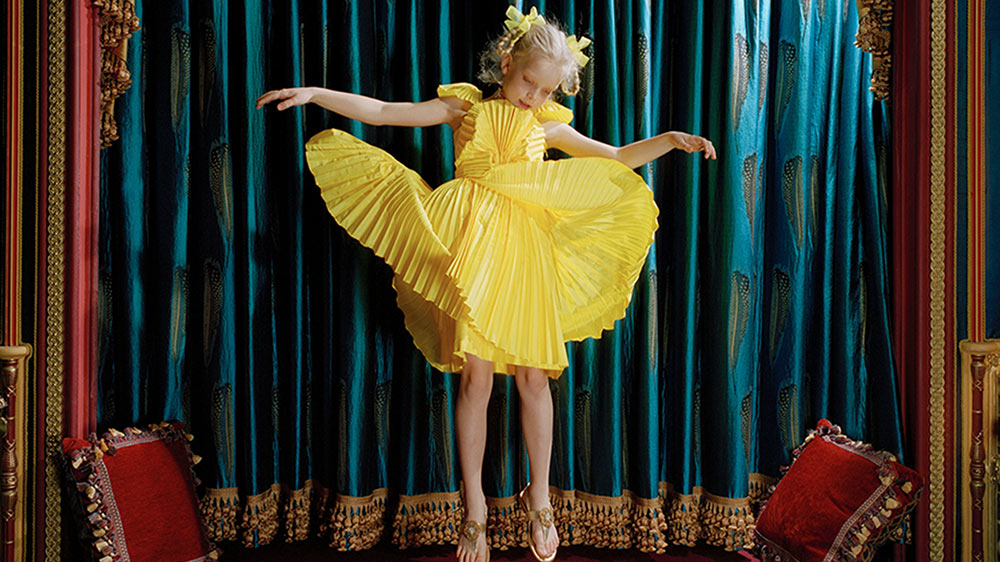 A girl is wearing a Dior outfit and caught mid-air in front of the splendid home cinema in her room.
Anna Skladmann's work shows the nouveau riche presenting themselves as cultured aristocrats. (Image: Anna Skladmann)

Who wouldn’t like to be rich? It’s a dazzling concept. To begin with, wealth refers to possession of money and goods. This has always been the case. Over time, the idea of what it means to be wealthy has expanded. In our modern society, where for many people material goods are available in abundance, wealth now also has to do with knowledge and values such as sustainability.

The current issue of the UZH Magazin explores the various aspects of wealth across several articles. We’ve spoken with UZH researchers to ask them how to get rich, what characterizes wealth, and how we should handle it.

Wealth is passed on to the next generation. This is why rich people are usually born rich, says historian Simon Teuscher, even though the sources of wealth may have changed over the years. The rich used to be those who controlled laborers and land, whereas today wealth is based on good ideas and capital. And according to sociologist Katja Rost, luck is an often overlooked factor in the equation: Her research shows that luck and chance are critical for achieving success in business.

How we handle wealth is one of the big questions of today. Economics traditionally teaches us that “more” equals “better”. UZH economist Marc Chesney criticizes this unchallenged pursuit of economic growth and makes the case for a sustainable economic system. Greed is dangerous, says Chesney. Sustainability also plays a key role in the research of environmental scientist Bernhard Schmid. He investigates biodiversity and wants us to make better use of the riches of nature. His research shows that more biodiversity in agriculture is not only more sustainable, but also more profitable.

One of the most contested issues in any society is how wealth is distributed. We’ve asked historian Simon Teuscher and economist Marc Chesney about their opinions. Teuscher suggests returning to higher inheritance tax levels, while Chesney calls for the introduction of a microtax on financial transactions. Such a tax could replace current taxes and generate significantly more income, which could be invested in sustainable projects such as the transformation of the energy system.

“Greed is good” believed Gordon Gekko, the ruthless financial raider played by Michael Douglas in Oliver Stone’s 1987 Hollywood film Wall Street.  Literary studies scholar Barbara Straumann has been investigating how glamorous, shady financiers are depicted in film and literature since the 2008 financial crisis. Her research shows that characters such as Gekko personify the dream of wealth – and the nightmare of financial ruin.

People showcasing their wealth and power is nothing new. The same goes for the children in the pictures of Anna Skladmann, who photographed the offspring of the Russian elite. Her work, which accompanies the articles in the new UZH Magazin, shows the nouveau riche presenting themselves as cultured aristocrats, with bearskins, velvet and silk, says art historian Carola Jäggi. But there are also other, more subtle ways to showcase wealth and build a good reputation –  for example by donating your money. In the past, the rich used to endow monasteries and build temples, whereas today they donate their money to philanthropic foundations like Bill and Melinda Gates.