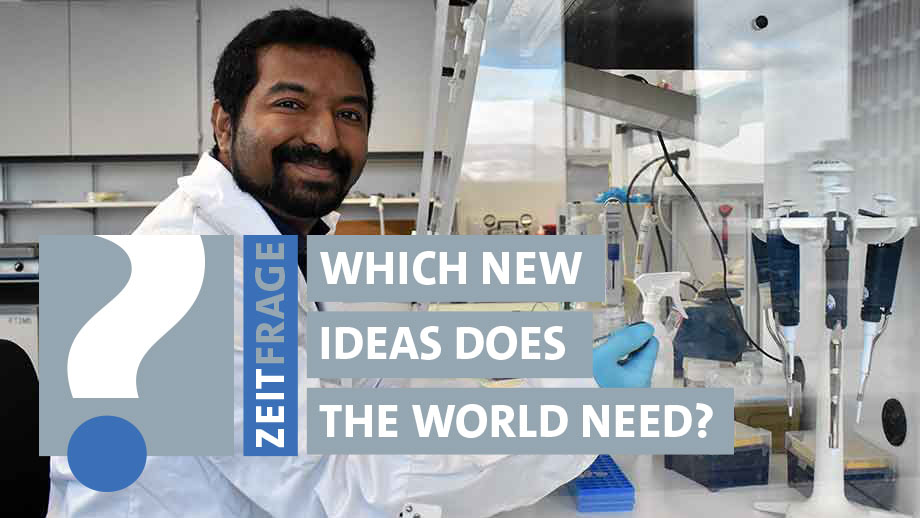 Tuberculosis is a highly infectious bacterial disease. Anyone who gets infected with extremely resistant pathogens can no longer be treated with common antibiotics. Each year, some 10.4 million people all over the world are infected with tuberculosis and 1.4 million people succumb to the disease. The End TB Strategy adopted by the World Health Organization in 2015 aims to reduce the number of deaths by 95 percent by the year 2035. And yet, cases of multi-resistant and extremely resistant tuberculosis are on the rise worldwide – especially in countries of the former Soviet Union, Africa and Asia. “One of the reasons for this is that current diagnostic tests either take too long or are too inaccurate to identify the pathogens and their resistances,” explains UZH molecular biologist Prajwal.

Resistance tested for all relevant antibiotics

This is the gap that the India-born researcher wants to close with a new, rapid diagnostic test for tuberculosis. Together with other researchers, he’s developed a molecular-based test that can determine whether a bacterial tuberculosis infection has occurred and which antibiotics could be effective against the pathogen. “Our tests check for resistances against all relevant antibiotics directly in the patient sample – and delivers results within only 24 hours,” explains Prajwal. This means that anyone who’s been infected can be treated with the right antibiotics much sooner. By comparison, using a bacteria culture test to check for resistances takes considerably longer – up 10 weeks if it has to cover the entire range of antibiotics.

The rapid test is based on a combination of a multiplex PCR technique and next-generation sequencing, in which the genome of the tuberculosis bacteria is analyzed in terms of its resistance. This process involves isolating the bacterial DNA from the patient’s sputum. Using the polymerase chain reaction (PCR) method, the specific genes and gene segments that cause the resistance are then copied many times over and sequenced. Specially programmed software analyzes the resistances and creates an antibiotics resistance profile. “What’s new about our in vitro diagnostics is that it’s an integrated test that can check the DNA of bacteria for over 100 resistance genes,” explains Prajwal. “Standard PCR-based procedures that analyze antibiotics resistance generally cover no more than 12 resistance genes.”

Prajwal plans to sell the chemical reagents that make the PCR procedure possible and the intelligent software used to analyze the DNA sequences to diagnostics labs as a kind of diagnostics kit. This is the business idea that Prajwal is pursuing together with German bioinformatics expert Sebastian Dümcke. With the required equipment, labs will be able to perform the Zurich-developed test independently. But before this can happen, the researchers still have to carry out more clinical trials to test their diagnostics method on up to 500 additional patient samples. The researchers are supported by the University of Zurich through an Entrepreneur Fellowship and the use of the UZH IncubatorLab (see box).

Prajwal and Dümcke want to introduce their new test on European markets as quickly as possible, followed by roll-out on global markets. “We need further investors to do this,” says the UZH researcher. Together with Sebastian Dümcke, he’s founded Clemedi, a spin-off business that also includes Thorsten Buch, UZH professor of laboratory animal science, and Peter Keller, tuberculosis expert and former Head of Diagnostics at the National Center for Mycobacteria, as scientific advisors and co-founders. Clemedi’s vision is to develop further diagnostic tests for multi-resistant infectious pathogens, such as sexually transmitted infections or hospital-acquired infections.

The University of Zurich supports young researchers working in biotechnology, medical technology and in the future also digital technology through its UZH Entrepreneur Fellowship program with 150,000 Swiss francs over 18 months. The researchers can also draw on the subject-specific expertise of UZH specialists and external consultants. The fellows take part in the BioEntrepreneurship & Innovation (BEI) program for the duration of one year and get insights into topics that are key for establishing a spin-off, such as ownership rights, business plans and negotiation strategies.

Information about the UZH Entrepreneur-Fellowship

Registration for the 2nd Call (Deadline until April 15)

The UZH IncubatorLab provides UZH Entrepreneur fellows with access to first-class research infrastructure for medtech and biotech projects. Thanks to the generous donation of the Werner Siemens Foundation, the lab space could be set up at the Institute of Regenerative Medicine (IREM) at the Bio-Technopark in Schlieren in 2018.

Unitectra, the technology transfer office of the Universities of Basel, Bern and Zurich, supports researchers in negotiating research contracts.