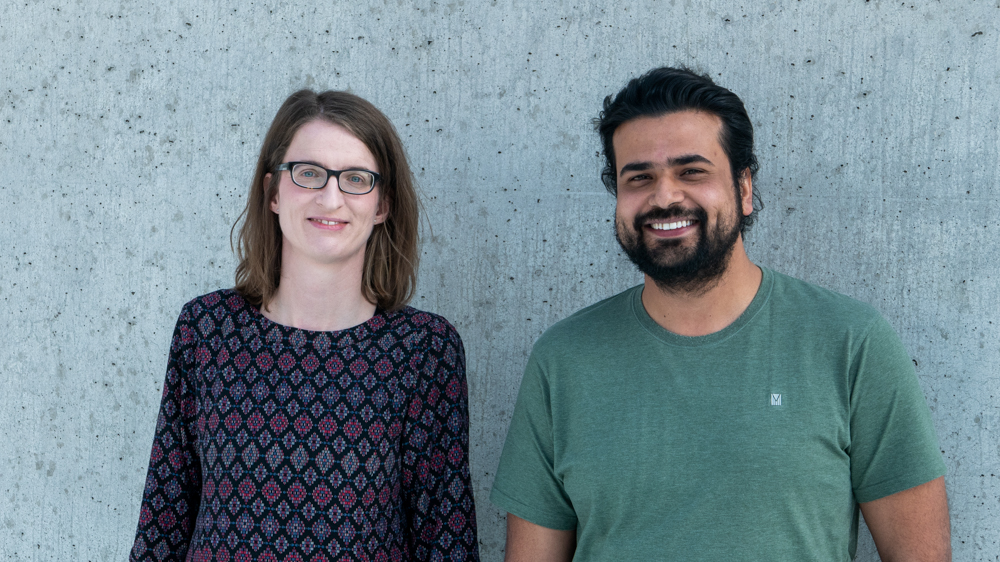 It’s not so easy for them to explain to a non-physicist what they do day-in day-out, but from the laughter and smiles on the two physicists’ faces as they talk about their work with gravitational waves, it’s clear that they are highly motivated and enjoy it immensely. The research field took off on 14 September 2015 with a major breakthrough and has been fascinating cosmologists and astrophysicists around the world ever since.

On that momentous day in 2015, gravitational waves were observed for the first time at the Laser Interferometer Gravitational-Wave Observatory (LIGO) in the USA. It was the event of the century for physics: Albert Einstein, no less, had predicted these waves, based on his general theory of relativity, back in 1916. The waves can be thought of as a kind of ripple in the four-dimensional space-time continuum. They arise when powerful energy is released owing to cosmic events, for example when black holes collide and merge.

The world of physics was set alight by this first-ever proof of the phenomenon. The reason for the great excitement was the new possibilities offered by the precision measurements with the interferometer: “Gravitational waves enable us to glimpse cosmic objects and events that were previously not observable,” says Maria Haney.

The postdoc in the laboratory of Professor Philippe Jetzer is a theoretical physicist and member of the Advanced LIGO Collaboration team. Thanks to her, UZH is associated with the international LIGO network in which around 108 institutions around the world are involved (UZH being the only Swiss university represented there). Her colleague Shubhanshu Tiwari worked with the French-Italian gravitational wave detector Advanced VIRGO in Pisa before coming to UZH.

The transatlantic collaboration increases the accuracy of measurements and allows a more precise positioning of the cosmic events that emit gravitational waves. The detectors are working at the limits of what is possible today in terms of technology, and can register changes in length as small as 10-14 meter, i.e. a fraction of the size of an atomic nucleus. This subtle change is signaled when a gravitational wave passes through the interferometer.

In the case of the first measurement in 2015, the gravitational waves were generated by two black holes that merged in the depths of the cosmos around 1.3 billion years ago. In the fusion process, about three times the mass of the sun was converted into gravitational energy/waves which passed through our planet three and a half years ago.

To get an idea of the degree of energy generated by the collision, a comparison with the atom bomb dropped on Nagasaki at the end of the Second World War in 1945 can  be helpful. In that explosion, a mass equivalent of less than one gram was converted into energy, while in the fusion of the black holes the amount of energy emitted was several times the mass of the sun. “We observed events that were unbelievably high in energy, cosmic catastrophes so to speak,” says Tiwari.

New hints for the emergence

When black holes merge, the two objects initially circle around each other, getting closer and closer due to the loss of orbital energy through the emission of gravitational waves, and finally merge with one another. The gravitational waves created depend among other things on the mass and form of the orbit of the black holes involved, that is whether the objects rotate around each other in a circular or elliptical orbit.

As co-president of the Waveforms Working Group of the LIGO/VIRGO collaboration, Haney works on theoretical models of the signals to be expected from elliptical systems and their application in data analyses. “We are interested in the signatures of elliptical binary systems,” says Maria Haney, “because these can give us clear indications about the astrophysical formation process of merging black holes.”

In the previous measurements, only circular sources of gravitational waves were found. Tiwari’s area of expertise is data analysis and he will trawl through the data delivered by the interferometer looking for the predicted signatures or “fingerprints”. This is the only possible way to filter out the subtle signals from the background noise of the measuring device.

For non-specialists, the projects may sound rather obscure and beyond their ken. But when it comes to explaining the importance of their work, the two astrophysicists are clear: “The universe consists mainly of dark energy and matter that we cannot directly observe with conventional telescopes,” says Tiwari. Black holes are part of this mystery of the cosmos. “Thanks to gravitational waves, we can understand them better,” concludes Haney. 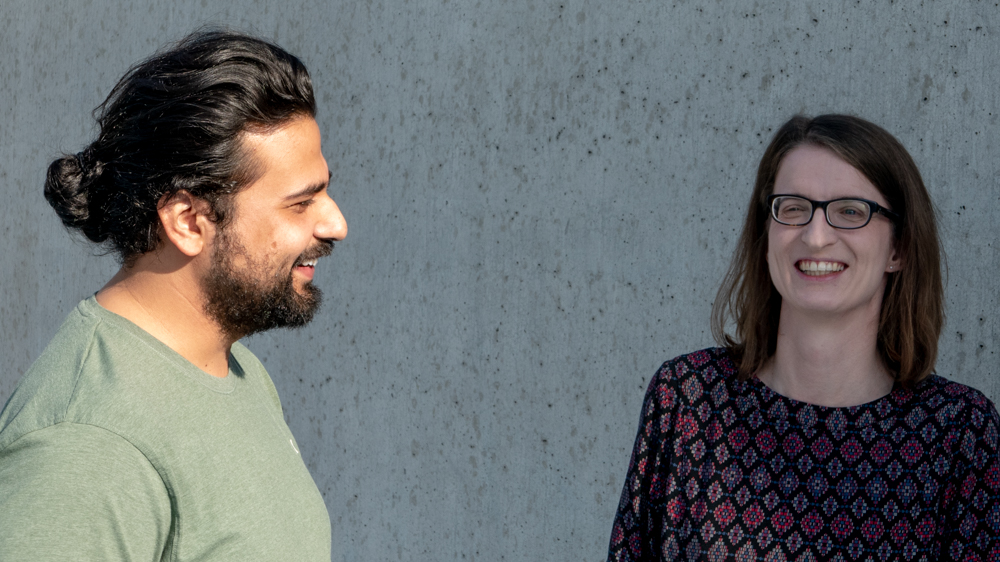