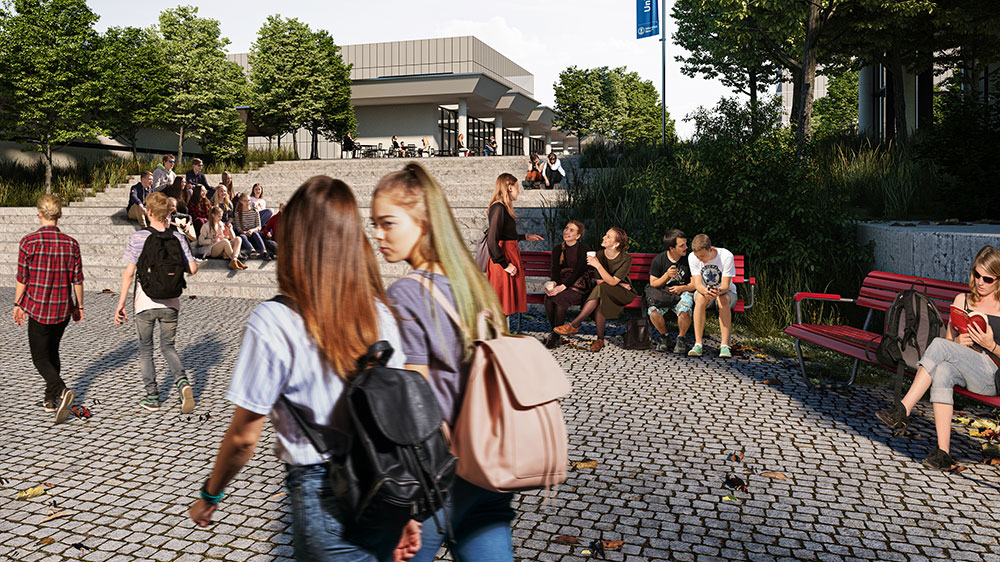 Over the next quarter of a century, Irchel Campus will be fundamentally modernized and expanded. Since 2016, Irchel Mitte is being built at the back end of the campus, where the new building UZI 5 will provide state-of-the-art laboratory infrastructure for the Department of Chemistry. According to current plans, UZH’s chemists will move into the new labs in 2021, which means that their previous site, UZI 1 (buildings: Y12, Y32, Y34), will become vacant from this date. Originally, the plan was to then completely restore these buildings, which were built during the first construction phase at Irchel Campus. However, UZH has now offered its support for a temporary solution: From 2023 to 2032, three cantonal upper secondary schools will move into the vacant buildings one after another and repurpose them for their needs. The Canton of Zurich’s Department of Education issued a media release with details about this temporary use on 31 October 2019.

During this phase of temporary use for the Y12, Y32 and Y34 buildings on Irchel Campus, the Zürich Nord, Rämibühl and Freudenberg/Enge high schools will be able to renovate their own school buildings. According to a resolution by the Government Council of the Canton of Zurich, the Zürich Nord high school will be the first to move to Irchel Campus, likely in 2023, followed by the Rämibühl and later the Freudenberg/Enge schools. By moving back the overall restoration of UZI 1, UZH will be able to bring forward the construction of buildings that were not originally planned until later. Thanks to this shared temporary use of the site while the schools renovate their buildings, the high schools will be able to reduce their overall costs and avoid exposure to noise pollution. Moreover, this new constellation will allow high school students to get a taste of university life. “I’m glad that we’ve found this mutually beneficial solution for the construction projects of UZH and the upper secondary schools,” says President Michael Hengartner.

As a result of the Zurich high schools temporarily moving onto Irchel Campus, the comprehensive restoration of the UZI 1 site won’t begin until 2033, while other urgent building plans of UZH will be moved forward.  In particular, construction on two of the planned buildings will now be able to begin in 2025. With their likely completion in 2028, much-needed additional lab space will become available to UZH six years earlier than originally planned. “This solution is hugely beneficial for UZH,” says François Chapuis, Director of Real Estate and Facility Management at UZH, since the subjects offered by the Faculty of Science have seen an increase of around 45 percent over the past 10 years. In chemistry alone, the number of new students has increased fivefold. Moreover, the early restoration of the Y25 building and various parts of the Y01-05, Y11 and Y13 buildings creates additional lab space. This move requires a temporary office, which will be located at the back end of the campus, right next to UZI 5. 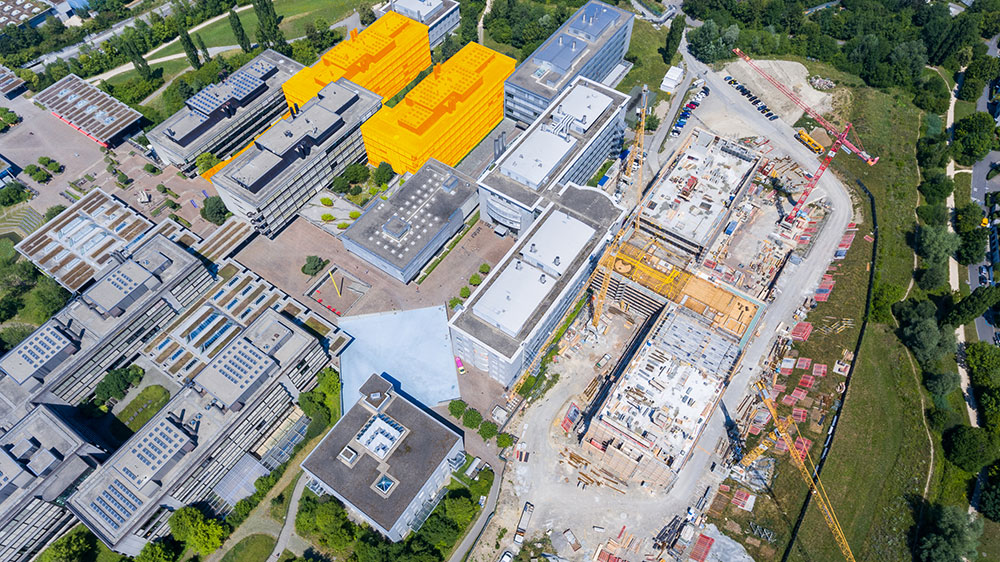 In cooperation with the Canton of Zurich’s Building Department and Department of Education, the Directorate for Real Estate and Facility Management of UZH carried out a feasibility study on the three high schools’ move to Irchel Campus. François Chapuis says of the study’s results: “The upper secondary school’s space allocation plan is very compatible with the existing structure of the buildings.” The around 20,000 square meters of space can be converted into class rooms, self-study places, staff rooms, music rooms, collections, a media center, science labs as well as offices. Additional space is also available to high school students through the shared use of corridors, lecture halls and Irchelpark.

Gymnasiums to be expanded

During this interim use phase, some 2,000 additional high school students will frequent Irchel Campus,  which is why the cafeteria services and sports facilities will be expanded. A separate cafeteria for high school students will be available in the Y12 building. In addition to the existing gymnasium, temporary sports facilities will be set up on the outside sports area of the ASVZ, as well as two simple gymnasiums, each fitted with cardio, weight and multifunctional rooms. Outside of school hours and during low-usage times, the temporary gymnasiums will also be open to members of ASVZ.

Glimpses of the future campus

The new exhibition “Vision Campus Irchel 2050” takes a closer look at the modernization of Irchel Campus over the next decades. It presents facts, figures and visualizations that provide visitors with insights on the development of the various construction phases – from the ground-breaking ceremony in 1973 to the year 2050. Visitors can learn more about the many works of art across Irchel Campus and find out what the researchers think about the future of the site. Updates on the exhibition are planned to take place every year, and information about the planning and construction progress will be provided to the public, especially those from the local neighborhood, on a regular basis.

The University of Zurich is staging a public exhibition to demonstrate its “Vision Irchel Campus 2050”. The opening of the exhibition will provide information about the current status of development.

Opening event for the UZH community: