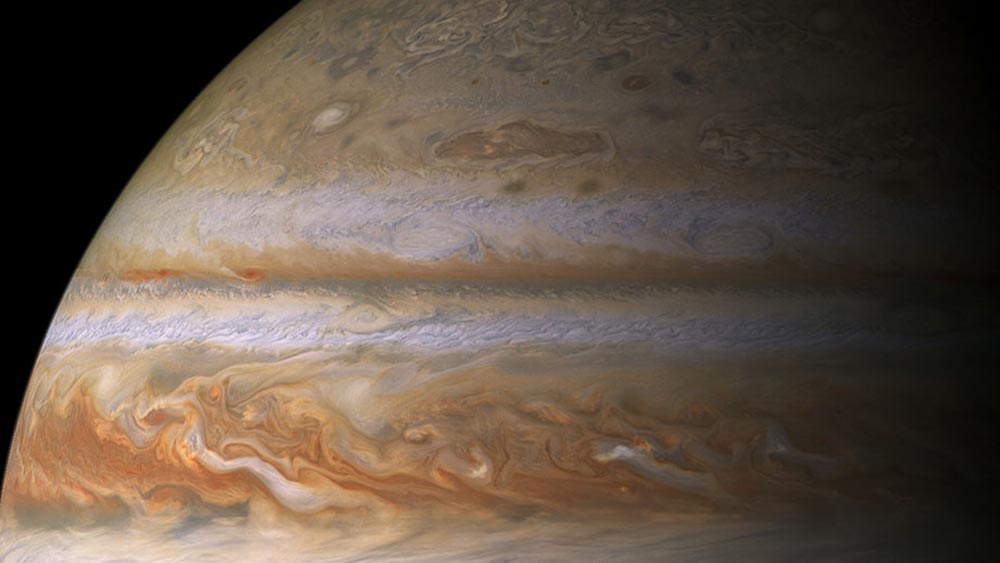 In principle it’s clear how planets are formed: As a result of gravitation, more and more primeval cosmic material clumps together. But a lot of the details remain a mystery. For example, why do completely different types of planets exist? Are the planets in our solar system comparable with those orbiting other stars? These are the types of questions that keep researchers looking. Astrophysicists from Zurich and Bern recently presented new findings on how Jupiter was formed. Apparently the largest planet in our solar system has a particularly complex story. If the basic assumptions are correct, gas giants of this sort should develop much more rapidly than was actually the case. What’s clear is that something must have slowed Jupiter’s growth. The question is what.

Ravit Helled, who leads a research group at the UZH Center for Theoretical Astrophysics and Cosmology, has a certain obsession with Jupiter, the giant planet 300 times heavier than our own. As she explains, it’s not just the largest, but the most important planet in terms of how the solar system formed: “Thanks to its huge mass, Jupiter influenced all other dynamics in the solar system.” You could say Jupiter conducted the cosmic orchestra. This is reiterated by Julia Venturini, who was jointly responsible for the new findings on Jupiter in Zurich and is now doing research at the International Space Science Institute (ISSI) in Bern: “Jupiter is the key.”

But the key to what lock? One of the biggest controversies among planetary researchers revolves around the size of the pieces that clump together to form planets. Are they pebble-sized, or does it require much bigger building blocks to create a structure as huge as a planet? The solution from the scientists in Zurich and Bern is that it’s not a question of either/or – it’s both. Their model calculations revealed a formation process fed initially by the tiniest bits of rock (an explanation that proves one camp right), but which then gave way to another, much more furious phase (an explanation that finds favor in the opposing camp). In this second phase, the continued growth of the planet slowed because it started to attract large pieces of rock. The resulting bombardment heated the nascent planet to such a degree that for a while it was unable to add any more mass. 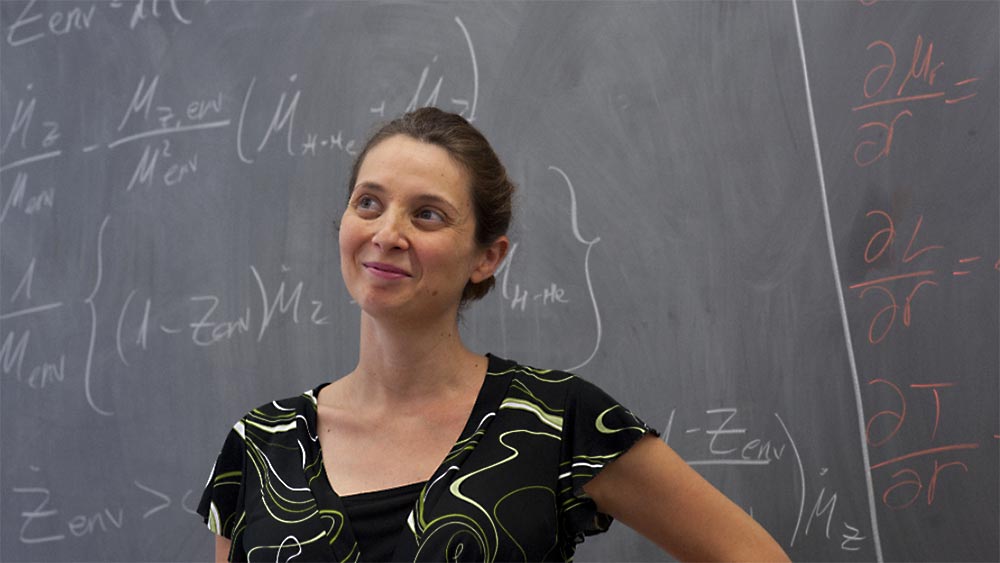 So it’s a complex process. Scientists don’t arrive at such theories by way of direct observation, however. It’s always an indirect process where astrophysicists feed a supercomputer with the most likely starting conditions and let it calculate the next steps in the planet’s development (see box). It will never be possible to directly observe a process like that lasting millions of years. While Venturini says there are experiments that are carried out on a small scale, for example to find out how cosmic dust clumps together or how matter behaves under high pressure, ultimately planetary research is done on the computer.

The curse of success

It’s by this indirect method, half-blindfold so to speak, that scientists are able to draw a consistent picture of the formation of planets. “We now have many different sources of information that enable us to make inferences about how the solar system formed,” explains Ravit Helled. “All we have to do is connect them cleverly enough.”

Helled herself is investigating how the internal structure of planets and their formation are connected. So she can't wait to see the latest data from the Juno probe that has been circling around Jupiter for the last few years. She herself is involved in the mission. Any new details about a planet’s structure are fed into the simulations, revealing increasingly subtle mechanisms in the process of formation. By now there’s a well-established order of events that gradually gave rise to the different planets. It’s a kind of “standard model” of the formation of the solar system.

But no sooner do the pieces more or less fit together, than everything threatens to be shaken up again. The problem is homemade, a curse resulting from the latest successes in astrophysics. Until recently, peering out into space with a telescope was literally known as stargazing. But now scientists can also observe other planetary systems, and there are methods for scrutinizing the non-luminous objects in the night sky as well.

These new observations are consigning many of the nice theories on the different types of planets and their gradual formation to the waste bin. For example, supersize earths have been found, something that the theory doesn’t provide for. There are planets similar to Jupiter orbiting close to their sun – where, according to everything we know, they should never have been able to form. How did they get there? “Our research has to adapt to these new observations,” say Julia Venturini. “These are exciting times for planetary research.”

Soon scientists could be using these observations to condense increasingly detailed information from different solar systems to create ever more lucid theories. There are still a few epistemological snares to negotiate. Are the insights that scientists have gleaned from our solar system the benchmark? After all, we have much more detailed information from these parts than from any other corner of the universe – a state of affairs that will not change in the foreseeable future. Or do we have to bid farewell to some of our basic assumptions about how planets are formed because they simply don’t fit into the picture we’re gaining bit by bit from other planetary systems? In other words, is our solar system a splendid exception or the cosmic standard? Scientists still don’t have a proper answer to the question.

Since it’s not possible to observe how the planets in a solar system are formed, all scientists can do is accurately simulate the process with the help of supercomputers. These machines are getting faster and faster, and are able to run more and more finely structured models over hundreds of millions of years to show how different planets gradually form out of piles of dust and stones. The aim is to set as many parameters as possible – such as the distributions of mass in the solar system’s original state, physical properties, or the influence of the sun. But there’s much that remains vague. For this reason scientists run the simulations repeatedly with different basic assumptions to calculate various possible cosmic contingencies.

That these are only rough estimates was demonstrated recently by researchers at UZH when they presented the world’s fastest simulation program: One would have to know the exact positions and velocities of 1057 atoms to “really” simulate the formation of our solar system, because the tiniest differences in the basic settings lead to completely different planetary systems. One way out is to combine a number of simulations with similar starting conditions, which makes it possible to make statistical assertions about global characteristics. This way, for example, it can be shown that the presence of Jupiter in our solar system resulted in the formation of fewer but more massive planets.