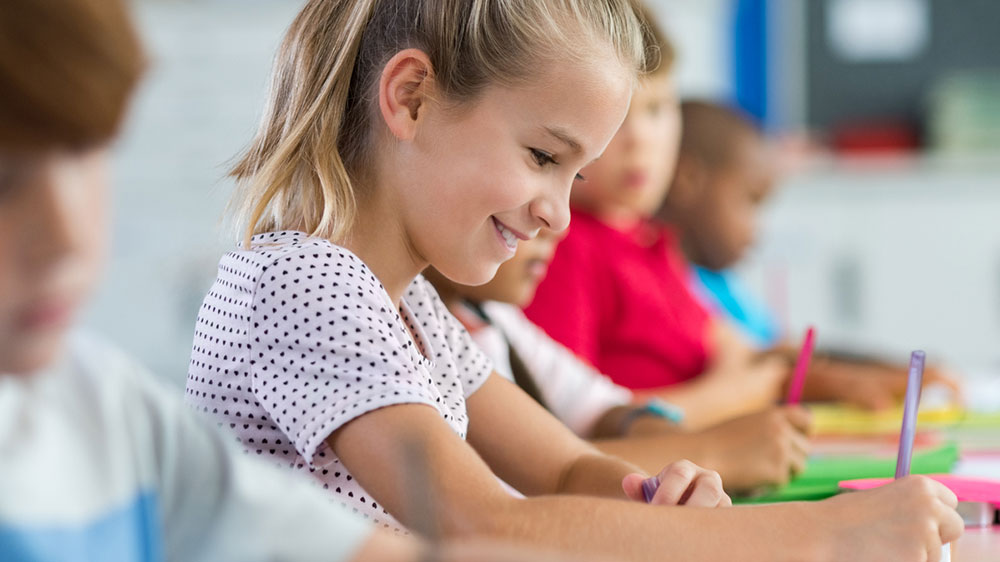 It’s often said that we do not learn for school, but for life. But it is not clear in what way our education ultimately shapes our personal development, and this question has been surprisingly off the radar of researchers. A number of studies have explored the prerequisites for academic success. Some, for example, have examined the influence of lesson design or social background on academic success, while others have investigated how gender-neutral school teaching is. The effects of school performance on students’ choice of career and future income are further areas that are well researched. And yet, there is almost no research on how our performance in school shapes how we develop as individuals.

“We view school performance as something positive, without ever challenging this notion,” says Martin Tomasik, academic head of the Institute of Educational Evaluation at UZH. “But there are practically no studies that explore the psychological consequences of education.” This has now changed with the correlational study of Martin Tomasik, Urs Moser and Christopher Napolitano, which has recently been published in the journal Child Development. Their study investigates whether and how school performance correlates with the students’ personal development. The findings confirm that such a correlation does indeed exist.

To be able to measure academic performance in an objective and standardized manner in the first place, the researchers turned to data from the Zurich Learning Progress Study (see box). They used a random sample of 120 Zurich school classes to analyze students’ performance in mathematics and German – three, six and nine years after school enrollment. The researchers compared the students’ learning progress over the years based on the Canton of Zurich's official curriculum. To exclude the most important factors that influence how students perform, they controlled the following confounding variables: Age at school enrollment, preschooling knowledge in terms of reading and maths skills, gender, sociocultural background and native language. The researchers also carried out standardized intelligence tests.

Around 13 years after school enrollment, the researchers asked the participants, who had grown into young adults in the meantime, to assess their self-perception and compared the results with their performance in school. Around 1,000 of the former students took part in the online survey.

The UZH researchers based their measurements of the young people’s development on the complex model developed by US developmental psychologist Richard Lerner.

According to Lerner, the decisive factors in the developmental trajectory of youths include whether they acquire social, cognitive, scholastic or health competences, whether they develop confidence, character and a sense of compassion, and their ability to connect with others. In other words, it is crucial that young people develop the ability to solve the developmental problems facing them. It is also important that young people believe in their abilities and have self-esteem. They should maintain relationships with family members, peers and teachers, and develop a sense of social justice and the ability to empathize with others. In addition, they should respect and recognize social and cultural norms and values. If young people develop in all of these areas, Lerner believes they are more likely to thrive later on in life and give back positive values to society.

The study concluded that students with higher individual performance gains also clearly showed stronger positive development at age 20 or 21. Conversely, the study showed that the less learning progress students made over the course of compulsory schooling, the poorer their positive development was when they reached young adulthood. The correlation was also observed when taking into account all confounding variables, such as cognitive intelligence, native language, gender, social capital of parents as well as age and level of knowledge at school enrollment. In other words, the more learning progress you achieve over the course of your schooling, the higher you’ll score when it comes to personal development. And this holds true for average students as well as a high-fliers. The study also suggests that neither the students’ family background, initial level nor intelligence play a role when it comes to developing positively. “It seems that it doesn’t matter where you’re from or which skills you had in the beginning. If you take advantage of your time at school relative to where you started out, you will likely also show positive development as a young adult,” concludes Martin Tomasik.

In addition, the team of researchers found that how much a child likes going to school, and how comfortable they feel at school, plays an important role. Feeling connected to school and academic performance seem to influence one another: Higher school bonding leads to better performance, and better performance increases students’ bonds with school. Both factors ultimately promote positive youth development in young adults.

In their study, the researchers generally observed that students’ school bonding decreased the longer they were in school. In addition, the researchers observed that a steeper increase in academic achievement predicted weaker drop in school bonding. “Children who experience success in school because they notice that they’re making progress or learning more quickly than their peers feel more connected to school and are less likely to lose motivation. These children will go on to have more self-confidence, care more about other people, and have more positive relationships,” explains Tomasik.