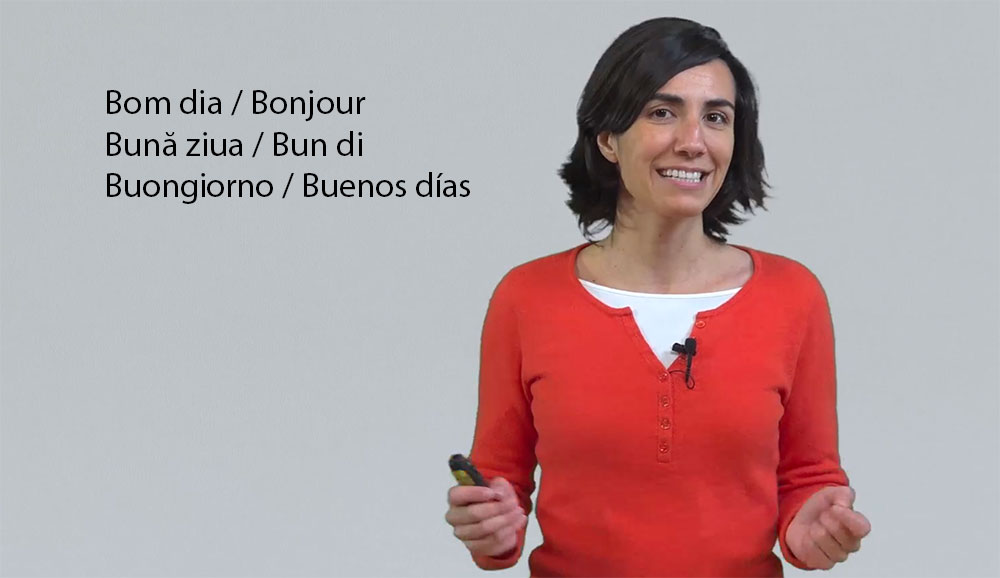 The Institute of Romance Studies at UZH brings all languages of a Latin origin under one roof. But the special multilingual aspect of this field is often forgotten in day-to-day studies, with students usually pursuing separate study programs featuring specific courses in French, Italian, Spanish, Portuguese, Romanian or Rhaeto-Romanic.

“For a long time we’ve been thinking about how to bring the different groups of students within the Institute of Romance Studies into contact when they embark on their studies to kindle their interest in other Romance languages,” explains Tatiana Crivelli, who heads the institute. “Not only that, but following the Bologna Reform we’ve been discussing ways of providing a cross-language and cross-discipline introduction to Romance studies.”

Their endeavors have borne fruit: All new students of Romance studies now do two joint introductory modules designed to give them the basics of different sub-areas of Romance language and literature. The mandatory modules, called “Prolegomena Linguistik” and “Prolegomena Literatur”, are funded by UZH’s Strategic Teaching Fund.

These introductory courses take an innovative teaching and learning approach, consisting primarily of video-based online lessons offered in all the Romance languages. “In-class learning for all the language groups together would have been too complicated, and wouldn’t have worked from a didactic point of view,” explains Crivelli. For this reason the instructors agreed on video presentations in different languages in combination with a small number of classroom sessions for all language groups. Since there is no lingua franca in Romance studies, the professors featured in the videos teach in their subject’s language. For example, language expert Carlota de Benito Moreno explains the principles of morphology in Spanish, while philologist Ursula Bähler talks in French about interpreting literary texts. In this case, all students who aren’t in the French group can opt to have subtitles in Spanish, Italian, Romanian, Portuguese or Rhaeto-Romanic displayed.

Students access the introductory modules via the OLAT learning platform. But the courses don’t just consist of videos. They also include introductory materials, secondary reading lists, PowerPoint summaries, exercises, and exam questions, as well as a literature research tool.

Chat app and forums for dialogue

At the beginning of the Fall Semester, the 100 or so students starting out on their studies at the Institute of Romance Studies met to get to know each other and discuss how the study program would proceed. During the semester they’ll mostly be working online, which will give them greater flexibility. The voluntary weekly tutorial held at the University is an opportunity for students to discuss what they have learned with their instructors. All language groups will meet again in person at two further classroom sessions. To enable them to keep in constant contact there’s an online forum and a chat app where they can talk and share ideas among themselves.

Same basis for everyone

“Thanks to our new, well-structured introductory modules we can make sure that all students acquire the basic knowledge they need for their subsequent Romance language and literature studies,” says Crivelli. The more in-depth materials and exercises offered online cover all the linguistic traditions. Students can do comparisons, enabling them to recognize the specific characteristics and commonalities of the different subjects of Romance studies. Not least, in their very first semester they get to know all the instructors at the Institute of Romance Studies, in person or virtually.

For the professors of Romance studies, creating the introductory modules was a fruitful exercise in collaboration. “It helped extend our perspectives on the other Romance subjects, and to get to know each other even better,” says project head Crivelli. For the instructors it was an educational lesson in keeping their contributions concise: With each video presentation limited to 10 minutes, they had to find the right balance between succinctness and complexity.

The “Prolegomena Linguistik und Prolegomena Literatur” pilot project is already serving as a beacon: The mandatory introductory courses in seven languages are unique in both UZH and the whole of Switzerland. The two modules comprise 60 videos and around 11 hours of teaching. It’s not just a challenging and sophisticated introduction to Romance studies for students. It also involved extraordinary efforts on the part of the Digital Education and Research department at the Faculty of Arts and Social Sciences. “The huge scale of the e-learning modules also meant they were a new experience for us,” says Anita Holdener, who together with Marion Gruber and Lukas Loeffel advised the Institute of Romance Studies all the way from developing the didactic concept to presenting before the camera. To help reduce the time involved and the professors’ inhibitions, the team even set up a mini video studio on the top floor of the institute building.

Advanced Romance studies students were also involved in the preparation of the introductory modules. They wrote the subtitles, a task for which they were given special training. Tutorial assistant Lisa Gasner created the online lessons on OLAT and served as the interface between the instructors, the tutors, and the Digital Education and Research department.

The initial feedback from new students is positive. The evaluation being planned in conjunction with the Center for University Teaching and Learning will show how this innovative teaching format can also be used in other parts of UZH. “We’ve developed a type of module that can also be adopted by other departments and institutes,” says Crivelli – especially for courses designed to teach the basics of different sub-areas of a subject. Maybe it will be possible to use the introductory models as the basis for a massive open online course in Romance studies.