Planets form in gas-dust disks around young stars, as we see in the beginning of the animation. Then we see a forming planet vicinity, a disk formed around the nascent planet, where its moons are born (brown spheres). Ice giants (Uranus and Neptune) were forming their moons in such a disk, similarly to gas giants (Jupiter and Saturn). (Animation: S. Dobler, from the simulations of J. Szulagyi (UZH/ETH).

Our solar system has numerous moons around planets: Apart from Earth and Mars, also Jupiter, Saturn, Neptune and Uranus all have natural satellites. The question is, are moons common even around exoplanets that are orbiting around other stars? “This is an intriguing problem in present-day astronomy, which is hard to answer at the moment,” says Judit Szulágyi, a senior research associate of the University of Zurich and ETH Zurich.

The historical discovery of a first exomoon candidate was just announced in October 2018 by an American group, but the confirmation of this body is still ongoing. With their work now published in the journal Astrophysical Journal Letters, Judit Szulágyi and her colleagues Marco Cilibrasi and Lucio Mayer, both of the University of Zurich, are one step closer to solving the mystery of how many exomoons there could be and what they are like.

The researchers focused on Uranus and Neptune in our solar system, ice giants with almost 20 times the mass of Earth but much smaller than Jupiter and Saturn. Uranus has a system with five major moons. Neptune, on the other hand, has only one major, very heavy satellite called Triton. “It is intriguing that these two very similar planets have completely different moon systems, indicating a very different formation history,” explains Szulágyi. The astrophysicists believe that Triton was captured by Neptune – a relatively rare event. However, the moons of Uranus resemble Saturn’s and Jupiter’s systems, which are thought to have originated in a gaseous disk around the planets at the end of their formation. 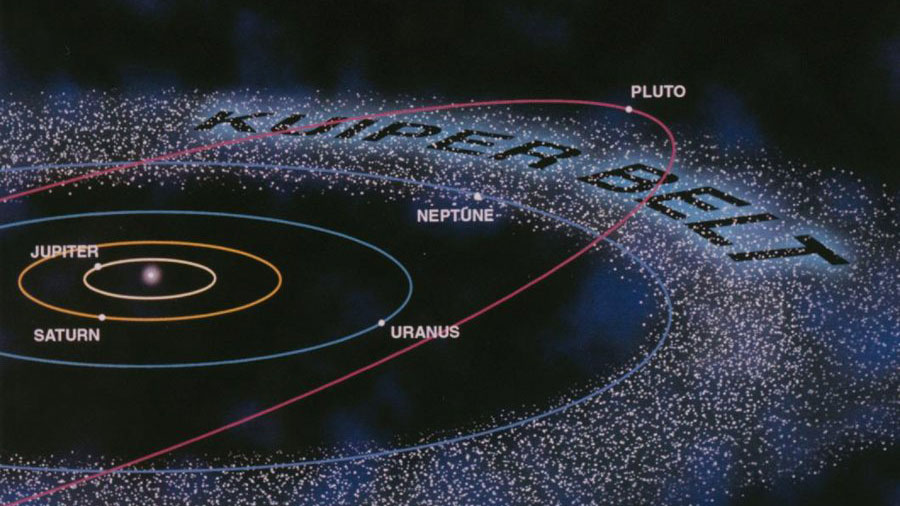 “So far we believed that Uranus and Neptune were too light to form such a disk,” says the astrophysicist. Therefore, it was considered that the moons of Uranus could have formed after a cosmic collision – as was the case for our own moon, also a relatively infrequent event like the capture. Now the researchers, who are also members of the NCCR PlanetS, were able to refute this previous idea. Their extremely complex computer simulations reveal that in fact Uranus and Neptune made their own gas-dust disk while they were still forming.

The calculations generated icy moons in-situ, which are very similar in composition to the current Uranian satellites. From the simulations performed by the Mönch supercomputer at CSCS it is clear that Neptune was originally also orbited by a Uranus-like, multiple moon system; however, this must have been wiped out during the capture of Triton. 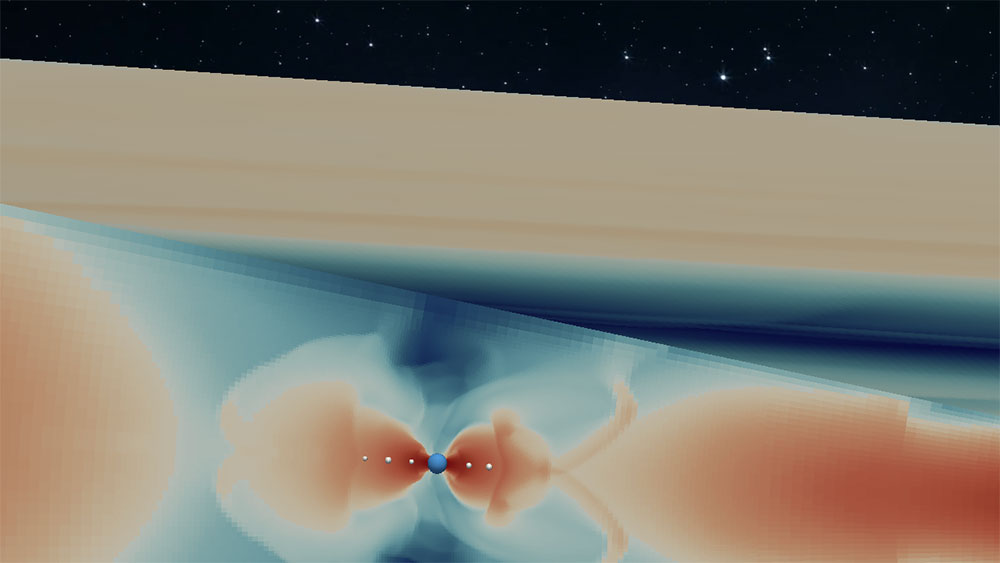 The new study has a implications for moons in general, not only for those in our solar system. “If ice giants can also form their own satellites, that means that the population of moons in the Universe is much more abundant than previously believed,” summarizes Dr. Szulágyi. Ice giants and mini-Neptune planets are often discovered by exoplanet surveys, so this planet mass category is very frequent. “We can therefore expect many more exomoon discoveries over the next decade,” says the astrophysicist.

This finding is also extremely exciting in view of searching for habitable worlds. In our solar system, the two main targets to search for extraterrestrial life are the icy moons of Jupiter and Saturn: Europa and Enceladus. They are both thought to harbor liquid water oceans below their thick ice crust. “Those under-surface oceans are obvious places where life as we know it could potentially develop,” says Judit Szulágyi: “So a much larger population of icy moons in the Universe means more potentially habitable worlds out there than what we previously imagined. They will be excellent targets to search for life outside our solar system.”