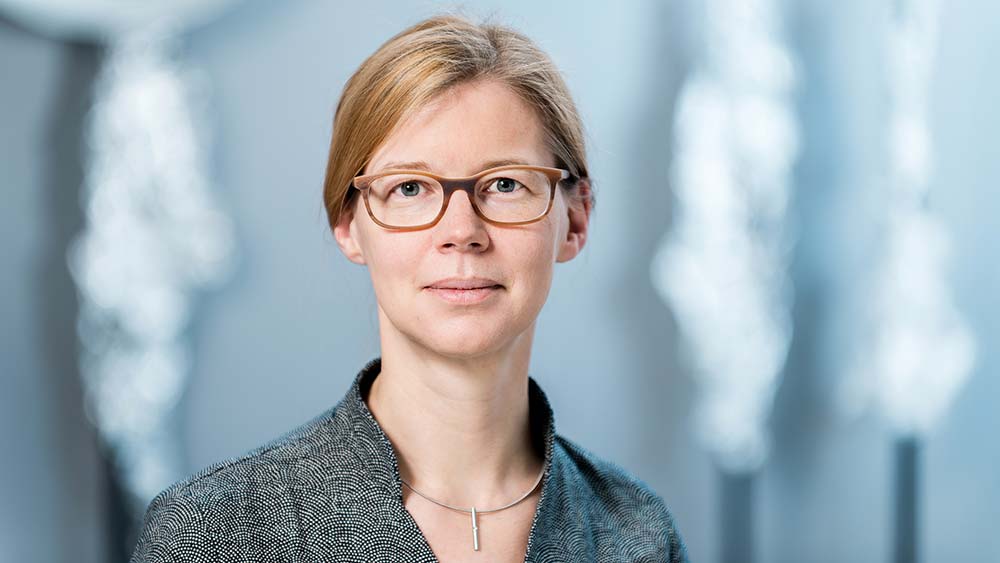 Recipient of the most prestigious award in her field: Inga Mai Groote, Professor of Musicology at UZH. (Image: Frank Brüderli)

The Royal Musical Association's Dent Medal 2018 is awarded to Inga Mai Groote, who has been a professor at the University of Zurich's Department of Musicology since February this year. Groote receives the world's most prestigious award in her field – handed out every year to researchers, most in the middle of their careers – for her outstanding contribution to musicology. "My path as a scholar, the way I work and the topics I address are generating positive interest," says Inga Mai Groote. "At the same time, the fact that this is the third time the medal has gone to our department underscores Zurich's longstanding status as one of the most active and interesting centers of musicological research. In 1973 the UK's Royal Musical Association awarded the medal to UZH's Professor Max Lütolf, and in 2002 it went to Professor Laurenz Lütteken.

Forty-three-year-old Groote has a wide range of research interests spanning everything from early modern music history in German and Italy, late 19th-century music history in France, the history of early modern music theory and its book culture, to music in the Confessional Age and the history of musicology itself. In her PhD thesis (Musik in italienischen Akademien 1543–1666), Groote addressed an aspect of institutional history by looking at music in Italian academies – as opposed to in the courts or the church. In her habilitation thesis, Östliche Ouvertüren. Russische Musik in Paris 1870–1913, on the other hand, she explored the question of why composers such as Mussorgsky, Rimsky-Korsakov, and Borodin met with such enthusiasm in fin-de-siècle Paris, seeing in this response signs of a French yearning for something exotic and different as a counterbalance to the overpowering, at times unpopular influence of the Germans.

The thread common to all Groote's work is her interest in the historical side of music. "The art, the composers, and their work are fascinating," she explains, "but so too is knowing the historical context and how it was and is received." It was this aspect that triggered her enthusiasm for the subject in the first place. As a school student in Sauerland in Germany, she explains, she didn't immediately understand the music of Claudio Monteverdi, and noticed that musicology encompassed a different approach and a different repertoire. For this reason, when she went on to study musicology in Bonn she also took minors in medieval and modern history and Italian philology so that she could study the sources – of the composers and musicians, and what they read and thought, as Groote describes it.

Thinking outside the box

"Musicology can access and preserve a cultural heritage," says Groote. She believes there's still plenty left for researchers to do. Her field, Europe – compartmentalized yet diverse – is one that Groote can explore in depth, thanks not least to her knowledge of languages. After stations in Hamburg and Lübeck, in 2014 she took up a professorship at the bilingual University of Fribourg/Freiburg. In 2015 she moved to a professorship in Heidelberg, and in February 2018 to Zurich. With her she brought her research group, who are working on an international project on early forms of collective musical memory called Sound Memories. Groote's work also extends to the history of knowledge, for example when she studies notes in old textbooks to find out how music was taught around 1500 – or when she combs the library of Swiss polymath Heinrich Loriti, named "Glarean" for his home of Glarus, for insights into his methods in lectures on music. "We're not just sticking to our own patch. Given that Glarean was a musician, philologist, historian, geographer, and mathematician, we're working with other disciplines."

Inga Mai Groote's passion for her work is infectious: she says that her field is so exciting, enriching, and stimulating that it keeps her in constant suspense!