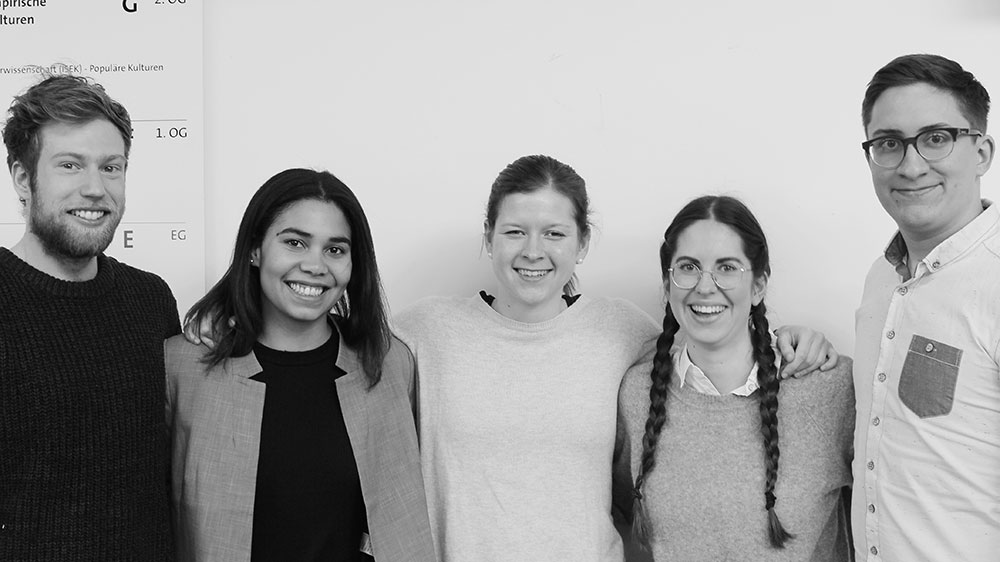 Human rights violations committed by the police are becoming more and more common in Kenya. Is there a recurring pattern as to who is targeted? This is the question that Amnesty International Kenya put to Professor Anita Gohdes from the Department of Political Science at the University of Zurich.

It proved an excellent topic to explore in what is called a Capstone Course. These courses, established at UZH only two years ago, have been met with great interest by students. Instead of completing two seminars, Master’s students can choose to take part in a Capstone Course.

Teams of four to five students have the opportunity to develop a project independently over two semesters. The students are supported by a professor, but they are themselves responsible for their study. As additional motivation, the research questions come from external clients from industry or the public sector – or as in the case of human rights violations in Kenya, from a non-governmental organization like Amnesty International.

Eleven students applied to take part in the Capstone Course “Analyzing human rights violations in Kenya”, and in the end five were chosen. “We had the ideal team,” says Natalie Wenger, one of the five students: “Each one of us brought a specific skill set to the table, for example interview techniques, data analysis or project management.”

The students analyzed data on human rights violations that Amnesty International and other NGOs had collected – and which first had to be validated and verified in a time-consuming process. They also held Skype interviews with experts in Kenya. The data they handled was not for the faint of heart: The 323 human rights violations included cases of arbitrary arrests, torture and killings.

After two semesters of intensive research, the students were able to demonstrate that Kenyan security forces wielded great power and committed human rights violations that were often disguised as part of anti-terror operations. In many cases, the victims came from Kenya’s young Muslim population – a mere coincidence, as the Kenyan government insisted. The UZH students’ project, however, showed that this was not a coincidence at all.

The study is a valuable asset for Amnesty International and other NGOs, since they had previously not had any statistical analyses of their data as a result of a lack of expertise, among other things.  The organization now plans to use the UZH study for additional statistics about human rights violations. There are also plans for victims and witnesses of police brutality to be able to anonymously report their experience through an online platform – where the study’s findings will also be published.

“We all poured our heart and soul into the project and wanted to deliver a good study,” says Natalie Wenger. The course allowed her and the other students to expand their skill set – from analyzing data to designing a website on which the findings could be published. “But above all we were able to carry out meaningful research that has real-life applications,” says Wenger.

“The idea behind Capstone is for students to also get the attention of potential employers. The courses are supposed to bridge the gap between university and professional life,” says Fabrizio Gilardi, Head of the Department of Political Science. This is also reflected in the name capstone, which in architecture refers to the final stone that is used to complete a building or structure.

Four Capstone Courses have already been held at the Department of Political Science, with two more currently ongoing. “The feedback we’ve received from students is very positive,” says Gilardi. “Several students have told us that the course has been beneficial for their careers,” adds Gilardi. And many also appreciated the fact that it offered additional training in project management and storytelling.

Not only the students, but also the clients are giving positive feedback, and there’s a growing interest in the courses. There are also plans to ask UZH alumni about topics for future courses. “Many of our alumni have very interesting jobs,” says Gilardi, who views the courses as a great success. “They’ve become an integral part of our Master’s program and we want to offer even more such courses in the future.”

Natalie Wenger and the other students in the team agree that they have benefitted from the course – and it has also shaped their future path: Two of the five students have decided to write their Master’s thesis about human rights, terrorism and Africa, while two others have taken up positions as student assistants at UZH.