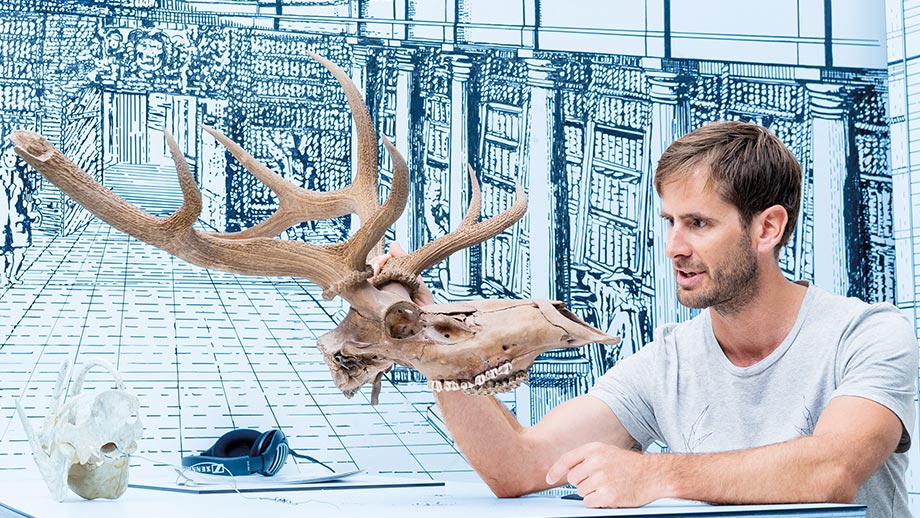 matschiner
Michael Matschiner is one of many young researchers who further qualify at the UZH. (Image: Frank Brüderli)

Lydia Hellrung and Michael Matschiner are two of the researchers we met. The postdocs chose to come to UZH to work in their respective fields of neuroeconomics and evolutionary theory. They are good examples of why the University of Zurich is a popular choice for many junior researchers pursuing a career in academia. The great variety of subjects allows them to tackle their work with the necessary depth and interdisciplinary approach. Their stays are often made possible thanks to special mobility grants such as the fellowships under the Marie Sklodowska-Curie programs, which are aimed at junior scholars. In this issue’s debate, Katja Rost, professor of sociology, and Christian Mosimann, professor of molecular biology, discuss the importance of mobility and stays abroad. They conclude that the most important aspect of going abroad is to build up your own network, since having an international background alone isn’t proof of excellence.

Other topics covered in the latest Journal are:

The secret to successful fundraising
Martin Gubser has headed up the UZH Foundation since the beginning of May. We asked him about what it takes for fundraising to be successful, for example good topics and stories that appeal to potential donors.

Portrait of Philippe Bugnon
An Ambassador for Animals: Veterinarian Philippe Bugnon trains researchers who conduct animal testing – even as far away as South Africa.

Gabriele Siegert recently started her work as Deputy President of UZH, in addition to her position as Vice President. We asked her about her new role and goals, which include streamlining evaluation processes and promoting sustainability and diversity at UZH.