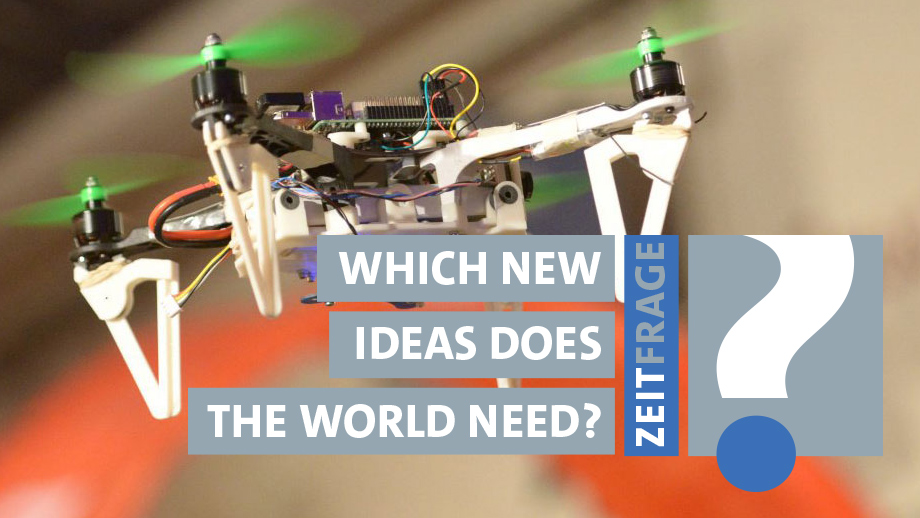 Image Gallery
Drohne
Research and technology connected with air and space travel are the focus of the Innovation Park Zurich. (Picture used with permission) (Image: zVg.)

There’s already a bus stop with its name, and the new wooden pavilion is finished. After years of planning, the striking meeting and information center for the planned Innovation Park Zurich was finally opened on Friday in the presence of federal councilor Johann Schneider-Ammann and many well-known faces from the world of politics, enterprise, and academia.

Professor Davide Scaramuzza gave an initial impression of the kinds of experiments that will be carried out on the grounds of the military airfield in Dübendorf, with a memorable display of flying and autonomously navigating robots. An inspiring and though-provoking speech was given by another UZH professor, Milo Puhan, who talked about curiosity, risk, and innovation. Puhan is the winner of the Ig-Nobel Prize 2017, the award granted for fantastical but serious research.

Even though there is not yet much to be seen of the Innovation Park Zurich, those involved in the project radiate enthusiasm. The area the size of 90 football pitches will be used as a platform for research, development, and innovation, and will facilitate the transfer of knowledge between higher education institutions, research bodies, and private enterprise.

Zurich government councilor Carmen Walker Späh described the project as a “generation project” – a long-term project for the benefit of future generations – that would consolidate Switzerland’s position as a world leader in innovation. Switzerland was at the top of the pile when it came to innovation, said Johann Schneider-Ammann, but maintaining that top spot was easier said than done.

Initial projects will be in the area of air and space travel, led by the University of Zurich, robotics and mobility, with ETH at the helm, and modern production technologies, headed up by Empa Materials Science and Technology. The first step is for the existing hangar to be converted to laboratory and office space. Construction of the first new buildings will begin when the current planning process has closed. Later on, it is planned to have anchor tenants from industry move in alongside the research laboratory.

Synergy of airfield and innovation park

Air and space travel are among the most important driving forces in research, technology, and innovation. The UZH initiative Space Hub will bundle together a critical mass of already existing active research in air and space travel, as well as forming new partnerships with stakeholders in science and industry, and bringing it all under one roof in Dübendorf. A solid foundation of knowledge and experience will form the basis for successful research and development cooperation, and businesses, start-ups, and spin-offs will be encouraged to move into attractive premises at the airfield.

Space Hub will form a framework for an active community of lateral thinkers, and facilitate intensive exchange and collaboration. Like the European Space Agency, Space Hub aims to innovate, inform, interact, and inspire – a fitting motto for an age of upheaval, marked by interdisciplinarity and cooperation between governments, the private sector, society, and politics. At Space Hub, ideas will take off.

UZH has already been using the military airfield for some time for research: Oliver Ullrich, professor of anatomy at UZH, last year organized a research campaign with the Zeppelin NT. In 2015 and 2016, he ran parabolic flights, enabling various institutions and companies to carry out on-board physical, chemical, biological, and medical experiments. On the parabolic flight in 2016, the Swiss-Israeli space travel start-up Spacepharma was able to test an experimental system for the International Space Station (ISS), which was first put into use at the end of last year. The University of Zurich carried out a long-term experiment with human cells in the ISS. “With our partners, we were able to implement this space mission in a record time of only three months,” explains Ullrich.

Michael Schaepman, professor of remote sensing and, as Vice President, also responsible for research and innovation at UZH, has launched experiments from Dübendorf with his team. Using helicopters, the Zeppelin NT, and even one of their own inventions, a high-resolution spectral camera called Apex, his team recently made a breakthrough and can now measure biodiversity using instruments on-board airplanes. The next step is to use the highly sensitive technology on satellites in the future. The combination of airfield and laboratory will also be advantageous for this research. Schaepman explains: “Before, we had to bring our research equipment to the aircraft. Now it will be the other way around: The aircraft will come to us.”

Dübendorf has therefore passed the test phase for research flight activities with flying colors, and is set to become a very well positioned venue in Europe for carrying out challenging and complex research projects.

The Dübendorf region is a real hotspot for air and space travel activities. The small town has professionals skilled in flight safety, operations, and maintenance. At the same time, the airfield, the hangar, and in the future the Innovation Park will provide the ideal infrastructure set-up, unique in Europe. Oliver Ullrich, director of the Space Hub, is excited about the possibilities: “That is exactly the purpose of the Space Hub: We want to combine skills and ideas from institutions and companies from air and space travel. We want to break down barriers. We want to make research fly – metaphorically speaking.” With the additional activities of ETH and Empa, Dübendorf is a hub of scientific and technological capabilities that make interdisciplinary research and R&D activities possible.