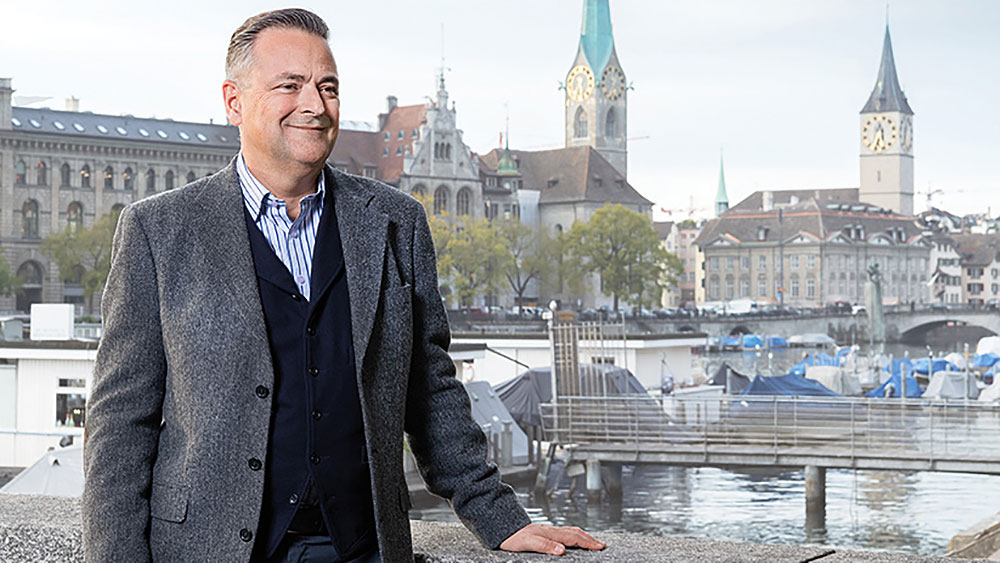 Martin Gubser
«Projects designed to resolve or move ahead on socially relevant issues will ultimately be the most successful in the fiercely contested market for donations»: Martin Gubser. (Image: Frank Brüderli)

Martin Gubser, you’ve been working in fundraising for 25 years. Your previous roles included head of marketing at the Swiss Paraplegic Foundation, and for 14 years you ran your own fundraising consulting firm. What attracted you to the challenge of directing the UZH Foundation?

Martin Gubser: I think the challenge of establishing fundraising even more firmly at UZH is exciting. Compared with universities in English-speaking countries, we have a long way to go in terms of fundraising. The second reason I took on the challenge is the fascinating variety of good topics and stories UZH offers. At the university there are dozens, if not hundreds, of emotionally appealing, surprising and visionary stories that can appeal to people.

In other words the key to finding donors is to appeal to people’s emotions?

Absolutely. We’re as strong as the stories we’re able to tell. That also serves as a kind of filter – we can’t raise money for just any project. It has to be a persuasive topic that we can present emotionally. If we use as many channels as possible to send out emotionally appealing stories, people will take notice of us.

Isn’t there the risk that important projects will get ignored because it’s assumed they’re not interesting enough for donors?

That may be. But it’s our belief that projects designed to resolve or move ahead on socially relevant issues will ultimately be the most successful in the fiercely contested market for donations. Our primary role can’t be to raise private money for underfunded university projects. We only have limited human resources to draw on. So it’s crucial to concentrate our efforts on projects with good chances of success.

What are the opportunities and risks of fundraising for UZH?

The opportunities lie in the fact that in the next few years the baby boomers will have reached an age where they’re thinking about what they want to put in their will, or are open to making a donation because they’ve inherited themselves. At the same time it’s more widely accepted these days for people to donate to institutions like UZH. I’m mainly thinking about private individuals. In Switzerland, 70 billion francs a year are handed down in inheritances, one or two billion of which goes to charitable causes. This percentage can be increased significantly, and this will also benefit UZH.

I think the main risks lie with corporate giving. Companies are often accused of using donations to exercise influence on teaching appointments and institutions. While there are contractual terms to make sure this doesn’t happen, it’s still a frequent allegation. These days the risks of this occurring are minimal thanks to the precautionary measures and transparency rules we follow. It’s important to realize that just because a person or organization is making a donation, it doesn’t mean they have bad intentions, for example to hide money or buy influence. They generally want to give something back to society.

You’re currently working on a new fundraising strategy for the UZH Foundation. Can you give us an idea of where things are headed?

It all rests on three pillars. The first of these, project fundraising, is well established. This is the framework within which we look for funding for specific UZH research projects. The second pillar will be alumni fundraising. For that we need time. We’ll try to also get and keep more UZH alumni on board, also as donors.

The third pillar is the most important: Legacy marketing. This involves trying to attract legacies and bequests. But it’s not so easy. After all, how many people think of the UZH Foundation when they’re writing their will? What’s important is to impress upon people that it’s possible to support UZH with a donation after you die. That requires patience and hard work, but it will be worth it. There are institutions in Switzerland that generate more than 50 percent of their revenues from legacy donations.

The theory is that legacies and bequests that start out with relatively small contributions lead to a long-term, well-nurtured relationship between the donor and the recipient. But so far the UZH Foundation has focused primarily on larger donations. How do you intend to proceed?

That’s one of the reasons alumni fundraising is so important for us. It enables us to build a relationship with donors who maybe begin by contributing 50 or 100 francs to their old faculty’s scholarship fund. It’s interesting to note that most legacies and bequests in Switzerland start out with these fairly modest contributions. The average bequest in this country is 30,000 francs.

Last year the UZH Foundation raised 27 million francs. That’s a lot of money, but given the total UZH budget of some 1.4 billion only really a drop in the ocean. Why, despite this, are these donations so important?

It’s like the difference between a hair in your soup and a hair on your head. A hair on your head is relatively insignificant. A hair in your soup is a big deal. In terms of the total budget, 27 million is a fairly modest amount. But if you ask an individual professor or department whether they want two or three million or not, suddenly this donation becomes very relevant.

What will be the most important projects in the next few years?

We’ve defined three core areas: The Digital Society Initiative (DSI), cutting-edge medicine, and promoting innovation. For now these are very broadly defined categories. Our job is to identify projects within these areas that could be of interest to donors.

Those are major areas of research that require a lot of funding. Can the UZH Foundation make a difference?

It’s important for our fundraising activities to focus on projects of excellence. That way we can make a difference.

How do you measure the success of your work?

The golden rule in fundraising is to raise as much money at as low a cost as possible. But given that we’re currently building a new strategy, I won’t start measuring our success in terms of revenues until the medium term. At the moment our priority is to network inside and outside the university, stage events for potential donors, and get attention in the media. It’s a known fact that increased media presence raises the number of spontaneous donations. So that would be another performance indicator: Are there more spontaneous donations showing that we’re attracting growing attention?

Have you set revenue targets?

That’s a tough call, because donations are very volatile. If we get a donation of 20 million francs next year we’ll have reached 40 million; if we don’t, we’ve only made half that. But I think that by concerting its efforts and investing accordingly, in the medium to long term the UZH Foundation should be able to raise 100 million a year.

Money for Projects of Excellence

The UZH Foundation raises money for important UZH projects. The goal is to fund outstanding initiatives. Since May 2018 the UZH Foundation has been headed by Managing Director Dr. Martin Gubser. He studied rhetoric and literature at Tübingen and Fribourg, and over the last 25 years has had senior roles in professional fundraising, latterly as head of marketing at the Swiss Paraplegic Foundation.