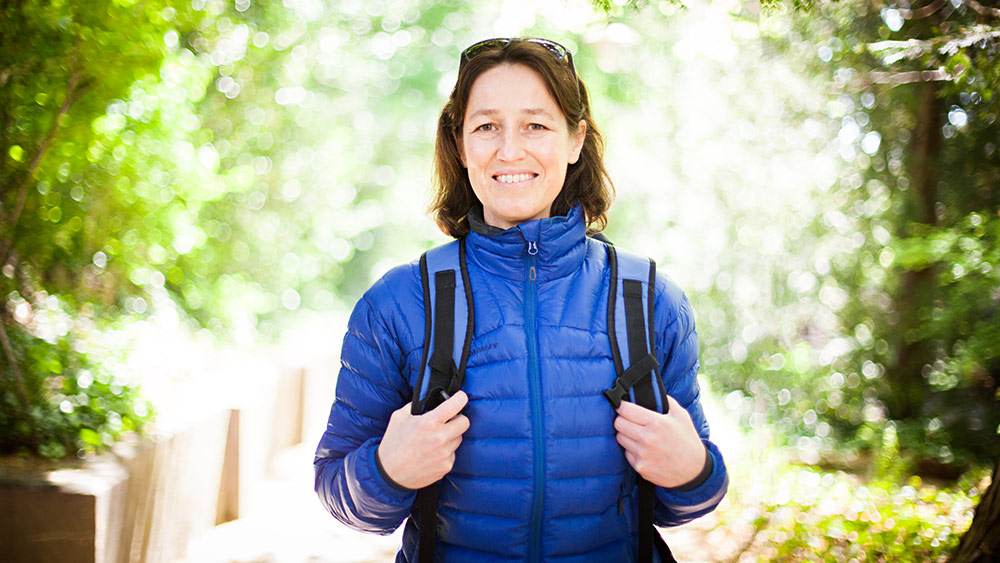 The reports are alarming: In the Arctic, global warming is happening at a pace two to three times faster than the global average. The winter of 2017/2018 at the North Pole was very warm in comparison to the annual average – meaning the maximum ice coverage is correspondingly low.

“Greenland and the Arctic are, like the Alps, more quickly affected by climate change than other parts of the world. The changes are greater and have consequences for the whole planet,” says Gabriela Schaepman-Strub, researcher at the Department of Evolutionary Biology and Environmental Studies. The population of Greenland is increasingly losing its livelihood and has to find new ways of surviving. Smart and creative ideas are urgently needed in this difficult environment.

In May this year, as an expert in climate and biodiversity change, Gabriela Schaepman-Strub will take part in an expedition to Greenland organized by the Swiss Federal Department of Foreign Affairs. Schaepman-Strub’s usual area of research is the influence of climate change on permafrost and its vegetation in Siberia. Vegetation changes are, however, not only a problem in Siberia, but across the whole Arctic region.

Connecting with the local population

“During the expedition I would like to find out more about Swiss research projects in Greenland,” says the environmental scientist. One of the reasons for her visit to the Arctic research station is that it is part of the Greenland Ecosystem Monitoring Program and is located between the low and high Arctic in a landscape similar to the Siberian region in which she carries out her research. She is also interested in getting to know the local population and finding out about their experience of the situation on the ground.

There are historical reasons for Swiss researchers’ presence in Greenland. Swiss meteorologist and glaciologist Alfred de Quervain undertook two Greenland expeditions over 100 years ago. He was the second person after Fridtjof Nansen to cross the Greenland ice sheet and was able to obtain a huge amount of scientific data.

Swiss ice and glacier researchers continued to be active after de Quervain, but were limited to individual university groups. These research groups have built up an enviable reputation in recent decades and are internationally renowned. However, until recently there was no central coordination point. That changed in 2016 when, with the aid of entrepreneur and supporter of polar research Frederik Paulsen, the Swiss Polar Institute (SPI) – a consortium of several scientific institutions – was founded.

In addition, last year Switzerland had the great honor of being granted observer status in the Arctic Council. The Arctic Council is an intergovernmental organization dedicated to promoting the ecological, economic and social aspects of sustainable development in the Arctic. “Having observer status enables Switzerland to share its expertise in the area of interdisciplinary research on climate change,” says Schaepman-Strub. She herself wants to work with the researchers already in the field to strengthen the ecological research being carried out.

Gabriela Schaepman-Strub is a member of four institutions working in the area of Arctic research:

– Swiss representative in the biodiversity group of the Arctic Council