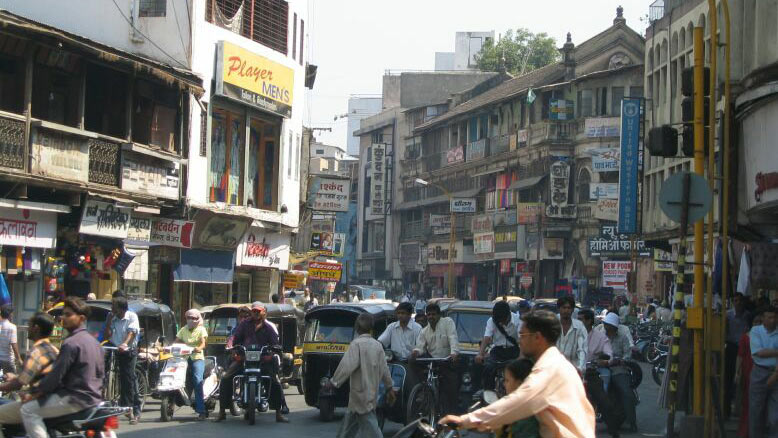 Pune
The Graduate Campus‘ Citizen Science exhibition went on tour, with venues including the city of Pune in the west of India. (Picture: Wikimedia)

Measuring water levels, researching Swiss dialects, and finding galaxies: Citizen science – the active involvement of members of the public in scientific research – encompasses a broad variety of subjects in Switzerland. An exhibition of posters staged by the Graduate Campus showcases this variety, featuring 19 citizen science projects at UZH and ETH Zurich.

Citizen science is not new for India: Projects such as MigrantWatch, observing migratory birds, or Biodiversity Atlas, have been running for several years. However, there is plenty of scope to increase the number of citizen science projects in India, and to raise awareness of the concept, which was the aim of the UZH exhibition.

The exhibition in Pune had a high number of visitors and the students were very interested in the projects presented. Indian students were keen to talk to representatives from UZH and Swissnex India and to ask about the posters and the projects. The science communication aspect was of particular interest: How can research be communicated in such a way that the public can understand it? How can we encourage members of the public to get involved with research projects? Employees of the Science Center at the Indian Institute of Science Education and Research in Pune were especially interested in this question, as they want to find fun ways to introduce schoolchildren from less-privileged backgrounds to science. 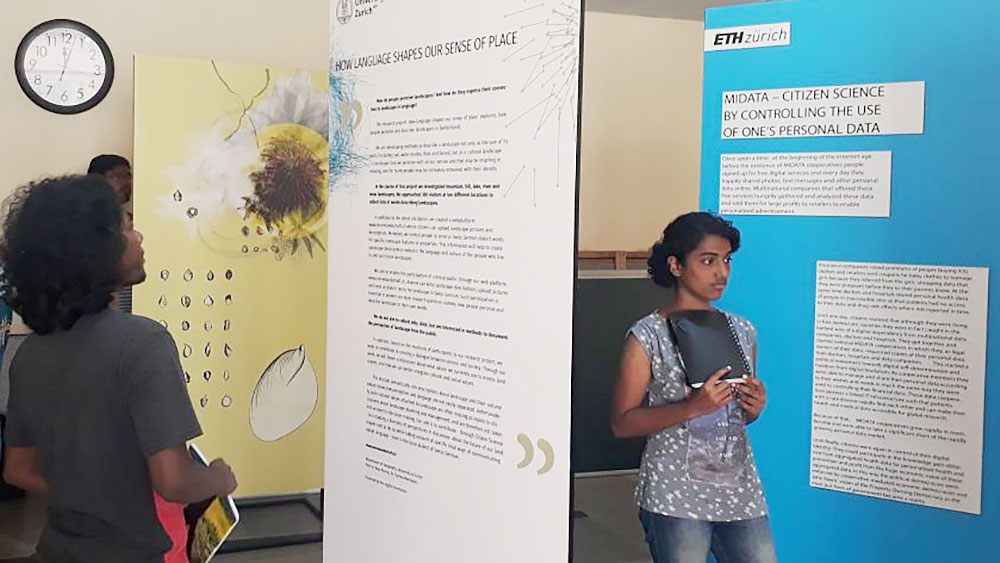 Citizen Science Indien
Indian students were interested in the Citizen Science exhibition, in particular the question of how to communicate about research in such a way that the public can understand it. (Picture: Used with permission)

Some Indian students also took the opportunity while visiting the exhibition to inquire about doctoral studies at UZH. Daniel Wyler, former UZH Vice President and delegate for strategic projects, was also present and expressed his conviction that closer cooperation between UZH and Indian institutions would be advantageous for all parties. He said that there were already many existing contacts between UZH and India on which to build. A follow-on project has already begun following the visit to Pune: A conference on evolutionary biology is set to take place in both Zurich and India.

When the exhibition was shown at the university in Thiruvananthapuram it was also met with much curiosity. Because the concept of citizen science is not yet very well known there, and even meets with skepticism from some quarters, the UZH junior researchers were asked to present the advantages and disadvantages of their projects. Barbara Strobl of the Department of Geography presented the CrowdWater project, www.crowdwater.ch, in which members of the public collect hydrological data with the help of a freely available app. Rafael Küng presented the dissertation project that he had completed at the Department of Physics:  SpaghettiLens enables citizen scientists to discover and measure clusters of galaxies that have a magnifying effect and are known as gravitation lenses. The data collected can help to answer open questions about the mystery of dark matter.

The two presentations as well as a lecture given by Maitree Dasgupta of Swissnex India about Switzerland as a research hub were very well received by the Indian students. The overall impression was of a clear enthusiasm for increased cooperation with Switzerland. The experiences in India demonstrate that such visits can generate new networks and collaboration opportunities, and that there is ample scope for developing the citizen science concept further in other parts of the world.