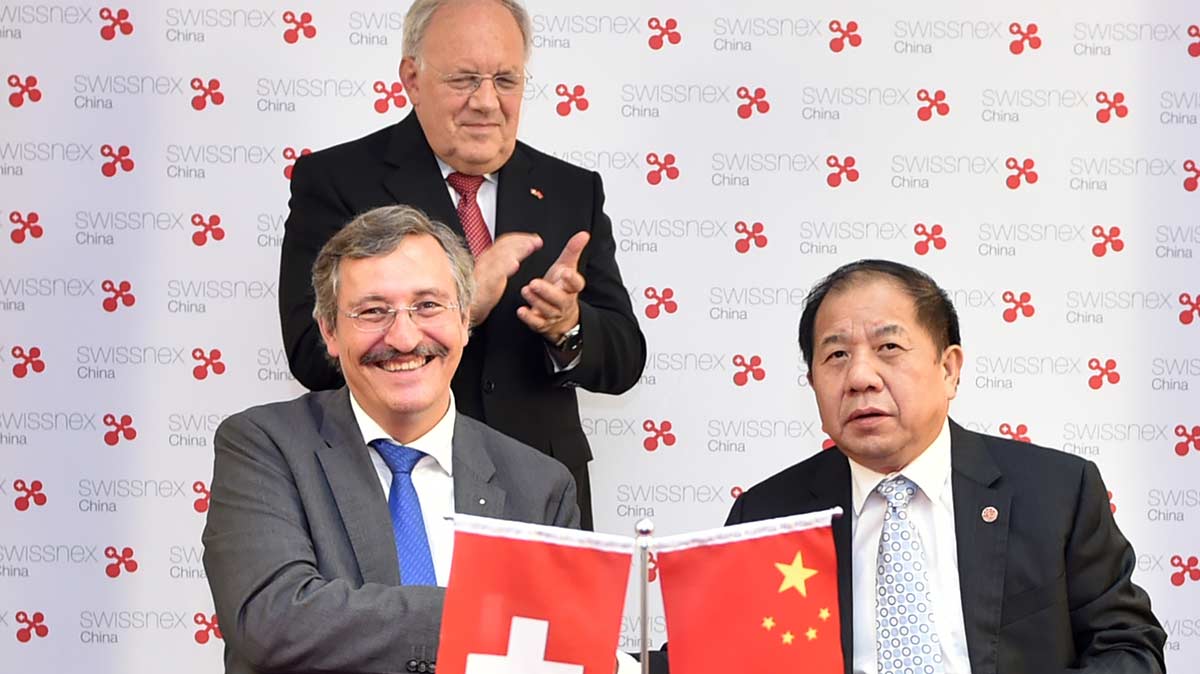 Michael Hengartner, President of the University of Zurich (UZH), and Lin Zhongqin, President of Shanghai Jiao Tong University (SJTU), met in Shanghai on 7 September to sign a new exchange agreement. The agreement extends the already existing cooperation between the UZH Institute of Banking and Finance and the Shanghai Advanced Institute of Finance to a university-wide level. The signing ceremony was attended by Swiss education minister Johann Schneider-Ammann as well as an official delegation of the Swiss State Secretariat for Education, Research and Innovation and representatives of the two universities.

The agreement is good news primarily for students looking for international exchange opportunities. “We are very keen to provide opportunities for all our Bachelor’s and Master’s students to gain experience at outstanding universities abroad,” says UZH President Michael Hengartner. “Jiaotong University, one of China’s most renowned institutions, is a significant addition to our wide range of already existing exchange possibilities.” It is planned to start off with a small number of exchange places at both universities, which will be increased according to demand over the coming years. The student exchange program is also the first step towards further cooperation in research and teaching – for example in the form of academic workshops or summer schools.

Both the University of Zurich and Shanghai Jiao Tong University are part of the Universitas 21 network, which brings together students and employees from world-leading universities and promotes the international transfer of knowledge between education institutions. A deciding factor for the additional bilateral agreement were the good experiences at department level:A student exchange between SJTU and UZH in the area of banking and finance has been on offer since 2014 and is very popular. In the field of psychology, meanwhile, the two universities have worked together on research projects and publications. And last but not least, researchers from both universities have worked together for several years now in the multinational working group of the international Drug-Induced Liver Injury Consortium (iDILIC).