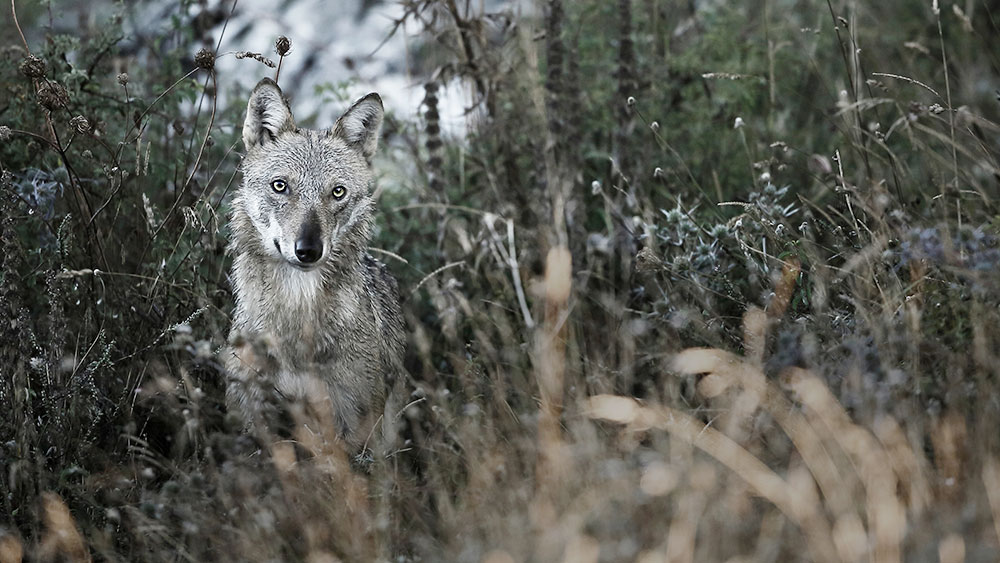 Wolfswelpe
Wolves are here to stay: A wolf pup in front of a photo trap in Canton Ticino. (Picture: KORA and Canton Ticino Department of Hunting and Fisheries, Fabien Bruggmann)

Very few people have ever seen a wolf in the wild. The first evidence of its return to Switzerland was found in 1995 in Val d’Entremont, Valais, and in 2012 the first cubs were born in the Calanda area of Graubünden and St. Gallen. It’s estimated that there are now around 40 wolves in Switzerland.

The animal is the subject of great controversy in Switzerland. One the one hand there’s ample media coverage of sheep being killed, encouraging political initiatives calling for measures against the wolf. On the other hand there are animal conservation groups rallying around the large carnivore. “One of the reasons underlying the current conflict is the boundary between nature and civilization that people have constructed in their minds,” explains Elisa Frank at the UZH Department of Social Anthropology and Cultural Studies. This is just one of the boundaries that wolves, with their wide-ranging way of life, are breaching and putting up for negotiation – and causing a social, political, and media furor in the process. These are the findings of joint research by Elisa Frank and Nikolaus Heinzer in an SNSF project called “Wolves: Knowledge and Practice” headed by Bernhard Tschofen, a professor at the UZH Department of Social Anthropology and Cultural Studies.

Town and country, wolf and sheep

“In urban areas, wolves are perceived as a symbol of a nature far removed from human beings,” explains Nikolaus Heinzer. This nature, in the process of reclaiming its former territory, serves as a vehicle for the desires, hopes, and imaginings of the urban population. Viewed in this context, people are touched by the wolf’s return and therefore stand up for its interests.

“In rural areas, by contrast, many people see wolves as intruders in alpine meadows and pastures that make it difficult or even impossible to keep livestock,” says Heinzer. KORA, the coordination office that monitors carnivores in Switzerland, reported the death of almost 400 farm animals in 2016 alone.

This is leading to political conflict, especially in the Canton of Valais, where the tradition of breeding local blacknose sheep has been a sideline for farmers and amateur shepherds for several generations. Fear of wolves has created considerable extra work for these people, especially when it comes to grazing their animals. Many breeders are having to resort to costly and labor-intensive measures to protect their flocks. But there are still plenty of complaints of sheep being killed by wolves. “Many shepherds therefore firmly believe that there’s no place for wolves,” says Heinzer. There are loud calls for tighter regulation on wild animals.

But the Valais hunting and forestry authorities find their hands tied: Thanks to the wolf’s protected status, the way the animal is treated is regulated by the federal legislation on hunting. Permission to shoot a wolf is only granted in exceptional circumstances, for example where a large amount of livestock has been lost – to the consternation of many sheep rearers, who want to defend their livestock but are powerless in the face of national rules and regulations.

“This means wolves are often seen as a problem forced on people by the federal authorities, depriving the cantons of their rights, and threatening local ways of life in the process.” Wolves are therefore challenging the relationship between cantonal self-determination and centralism: “You soon get to a situation where it’s no longer just about conflicts between nature conservation and pasture management – it’s a political altercation,” says Heinzer. This is leading to heated debate about federalism in Switzerland, and even to parliamentary initiatives calling for more room to maneuver for the cantons. 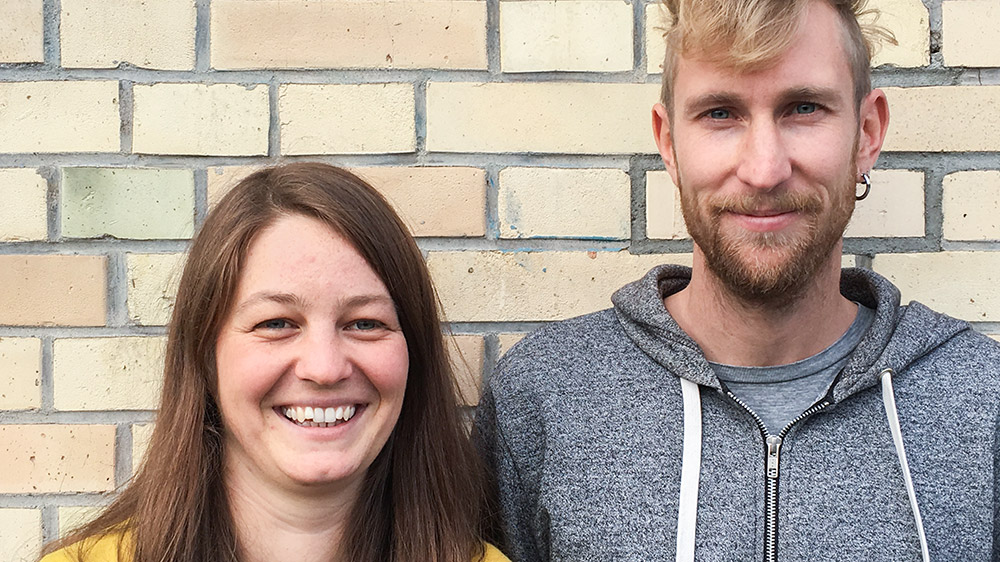 Frank und Heizer
Investigating what wolves are doing to us - and what we're doing to them: Elisa Frank and Nikolaus Heizer of the Department of Social Anthropology and Cultural Studies at UZH.

The wolf’s roaming lifestyle is also leading to discussion of existing cantonal boundaries: “According to biologists, it doesn’t make sense to map wolves’ wide-ranging territories to individual cantons,” explains Frank. This is also acknowledged by the federal administration in its “Konzept Wolf Schweiz” policy guidelines for the cantonal authorities, in which the Federal Office for the Environment combines cantons to form five “compartments” for large carnivores.

If there is proof of the existence of wolves in a particular compartment, a committee is created there, including representatives of the cantons involved and the federal authorities, with the aim of improving the regulation of wild animals and facilitating the flow of information. “In other words, because of the wolf, individual cantons are being merged on paper, and a whole new map is being negotiated,” asserts Frank.

The researchers want their project to create greater understanding of the way the wolf isn’t just a migrant animal, but also a being laden with significance that embodies many different views of nature and conflicts within society. “When you talk about wolves you’re talking about many other things as well,” says Frank.

Wolf – Among Us Again

Guided tours of the exhibition at the Zoological Museum of the University of Zurich with Elisa Frank and Nico Heinzer on 25 March and 22 April at 11:30am.