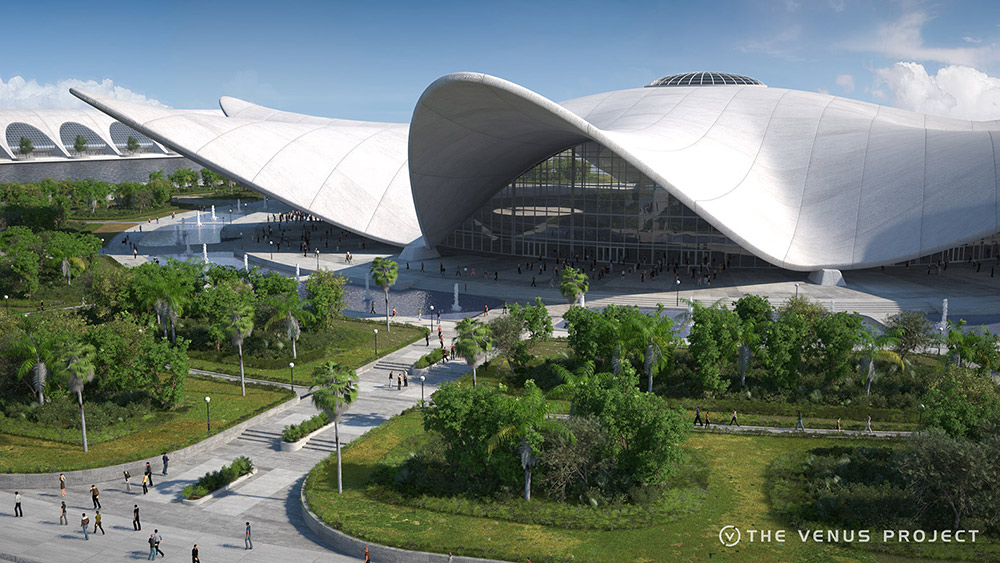 Render Venus Project
Creating ideas for the future: The Venus Project of US author and inventor Jacque Fresco. (Image used with permission)

Documentary films aren’t usually big box-office hits. Tomorrow – Take Concrete Steps to a Sustainable Future was the exception: Over a million French viewers flocked to cinemas to watch the film by Cyril Dion and Mélanie Laurent on its first release in France in 2015 with the title Demain. Instead of bemoaning the state of the world, Demain shows examples of real-life mini utopias in ten countries, from green energy projects in La Réunion and local currency systems in England, to homework-free schools in Scandinavia. The film oozes optimism, which may be the key to its success.

But can Demain make the world a better place? “Activist films of this type stir up passion and sweep audiences along, but they hardly ever bring about political and social change,” says Simon Spiegel, a post-doc in the Department of Film Studies. On-screen utopias have been the focus of Spiegel’s work for the last three years, as part of a Swiss National Science Foundation project researching political-activist documentary films. In his research, he deliberately started with a narrow definition of utopia: A utopia is a representation of a better society, but it doesn’t necessarily have to be implemented. Its aim is first and foremost to use fantasy ideal solutions to shine a light on failings in our own society.

That doesn’t fit with the structure of traditional narrative films. They require drama and comedy, highs and lows, love and hate – scriptwriting 101.

The realization that true utopias are more at home in documentary cinema dawned on Simon Spiegel six years ago, shortly after he had completed his dissertation on science fiction films. Blockbusters such as Blade Runner, The Matrix, and Robocop, which are generally described as utopian fantasies, are in fact the complete opposite. They are pessimistic futuristic visions of a decaying world, i.e. dystopian. In these stories, good fights evil, man and machine are pitted against each other, lonely heroes take on totalitarian systems – ideal plots for narrative films.

“After focusing intensively on science fiction in my dissertation, the idea of utopia appealed to me more and more,” explains Spiegel. “There was widespread consensus in research circles at that time that positive utopias couldn’t exist in film. But I was never satisfied with that.” At some point he came across Zeitgeist: Addendum from 2008, the second film in the documentary trilogy released by director Peter Joseph under a pseudonym. The low-budget trilogy is available for free online. Zeitgeist: Addendum blames the world’s suffering on the fact that our economy is based on money. As an alternative, the film refers to the Venus Project established by the author and inventor Jacque Fresco, born in the US in 1916. 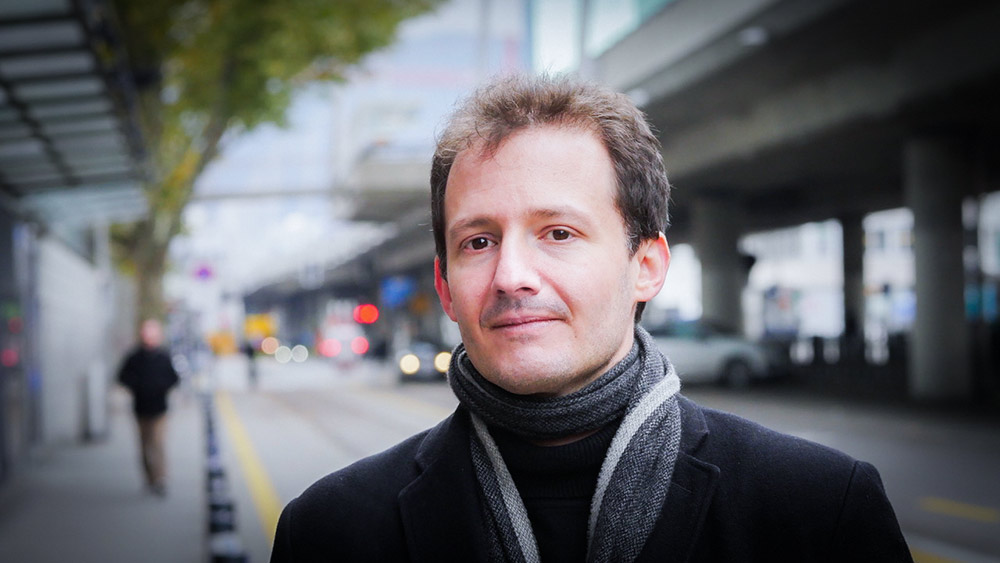 Vision of a traffic utopia

What fascinated Simon Spiegel was Fresco’s presentation in Zeitgeist: Addendum of his theory of a resource-based economy that was based on the original form of utopia elaborated by English statesman, author, and martyr Sir Thomas More in 1516 in his sensational work Utopia – the first example of the idyllic fantasy island that gave the genre its name. The word “utopia” comes from the Greek “ou-topos”, which can be translated as “no place” or “nowhere”.

Zeitgeist: Addendum drew Simon Spiegel away from dystopian science fiction drama and towards documentary films, which he discovered were the real medium for depicting utopias. Spiegel dug deeper into the topic and soon found a genre of documentary that seemed to the utopia researcher (for that’s what he had now become) particularly significant: the propaganda film. “Strictly speaking, most documentary films have an element of propaganda, because they do not merely document, but also take a political or social stance,” believes Spiegel. For Spiegel, the word propaganda is neutral, and he doesn’t associate it with the negative connotations it has had in Europe since the time of Hitler and Lenin.

Simon Spiegel found a classic example of a technological utopia in the archives of US car-maker General Motors. At the 1939 New York World’s Fair, General Motors presented a short film with the title To New Horizons. It shows the model of an automated network of fast roads linking urban centers with suburbs and industrial zones, and even with an ultra-modern airport – a fantasy that has certainly long-since become reality.

Model city of the future

The creator of Mickey Mouse, Donald Duck, and Goofy also used a utopia for propaganda purposes. A few months before his death, Walt Disney filmed his last movie The Florida Project advertising the new Disney World planned in Florida. It was designed to be more than just the big brother of the first Disney theme park that had opened in California in 1955: The plan was for a real model city of the future, in which 20,000 people would live and work. Disney called it the “Experimental Prototype City of Tomorrow,” or EPCOT for short.

Only the name remains of Walt Disney’s utopian vision – EPCOT today consists of fairytale castles, roller coasters, and candy floss. But even so, says Simon Spiegel, a visit there is a special kind of experience: “You are in a different world, cut off from reality. Disney World is like a remote island, a timeless ‘no place,’ and is therefore also a kind of utopia.” After all, whether it is a serious conception of a futuristic city or a fairytale amusement park, a system in which everyone fits in and feels at home is basically not so far from the society described by Thomas More in his Utopia.

Simon Spiegel wants to find more examples to support his hypothesis that true utopias are not found in narrative films but in documentary films: He’s convinced that there’s still a lot of new material to be discovered. Simon Spiegel also sees a gap to be bridged: “Film studies scholars know little about utopias, and utopia researchers know little about documentary films.” He now intends to publish the results of his research project on the subject of utopias in film in a book aimed not just at film experts, but also at the general public. Simon Spiegel: “At the end of the day, utopias say more about the desires and fears of the society in which they arise than about the imaginary society that they map out. My book is aimed at anybody who is interested in how those desires and fears are represented in film.”