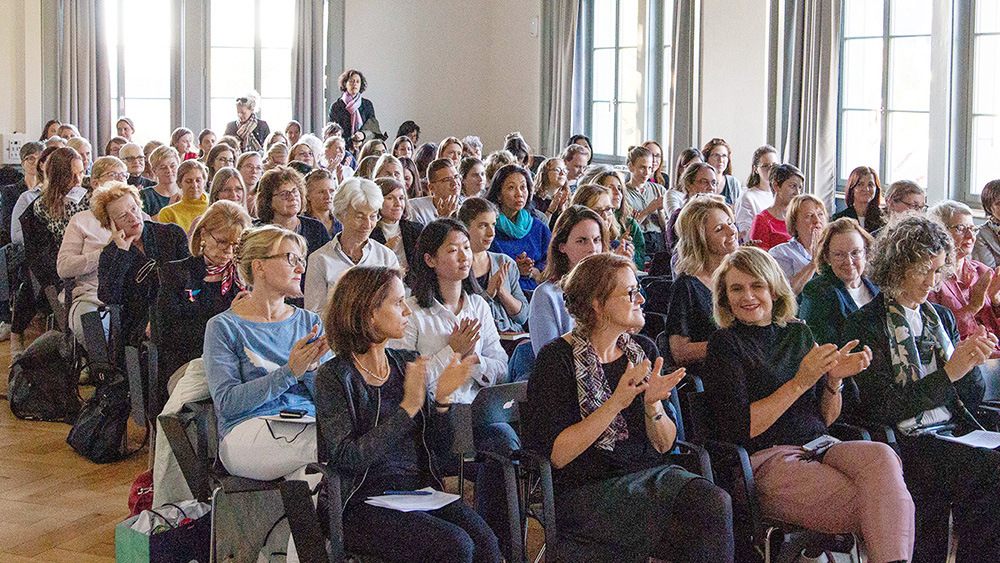 Do we need a women’s chapter? That was the main talking point at the chapter’s founding party on 25 September, and the answer is: Yes. The fact that the event drew such a large crowd – some 100 women, many of whom were students – and the lively discussions, initially held between gender researcher Katrin Meyer and moderator Barbara Bleisch, then in the plenary, and later still during the apéro, showed this.

The common theme of the evening was the observation that women still don’t have the same power to act and shape things as men, even in liberal societies such as Switzerland and forward-thinking institutions such as UZH. Only about one in four professorships at UZH are held by women, while more than 50 percent of mid-level academic staff are female. Academia is still organized in ways that make it difficult for women to decide, noted Katrin Meyer, who is a senior teaching and research assistant for gender studies at UZH. 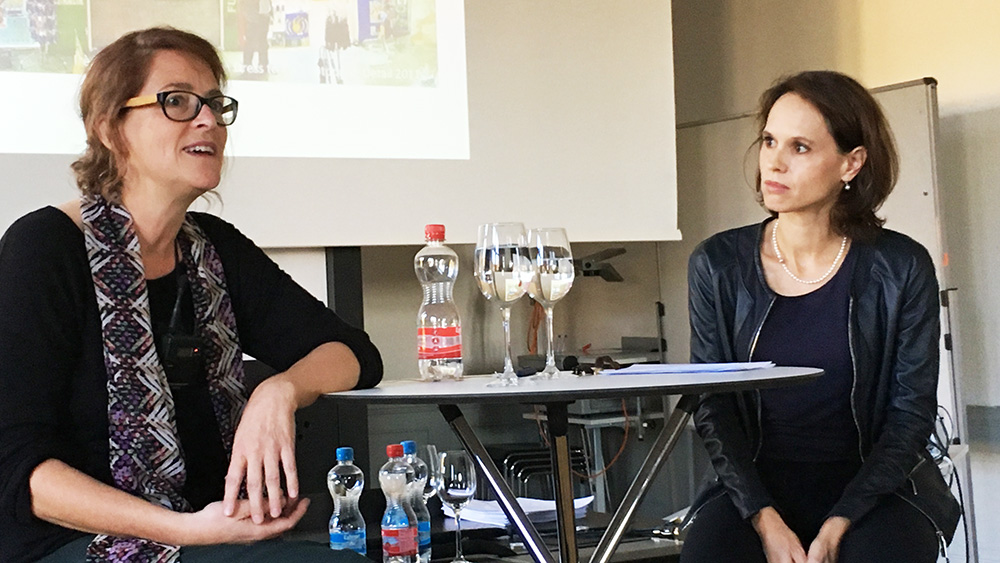 The fundamental issue is that academia, business and politics are still based on rules that were made by men, for men. If women want to have successful careers, they have to behave accordingly. This results in paradoxical situations, such as when Katrin Meyer has to explain the rules of academia to her ambitious students and doctoral candidates, which they must follow if they want to build successful careers. At the same time, she’s aware that the structures have to change so that women will no longer have to decide between having a career and leading a full and successful life.

But there are also further obstacles that women have to overcome besides the structural ones. For example, Mayer has observed that women are reluctant to be at the center of attention, whereas men appear to have fewer problems with this. However, women are perceived and commented on very differently in public than men, said Barbara Bleisch, who moderates the program Sternstunde Philosophie and thus frequently appears in the limelight. “A utopian vision would therefore include forms of publicity that do not deter women,” said Meyer. 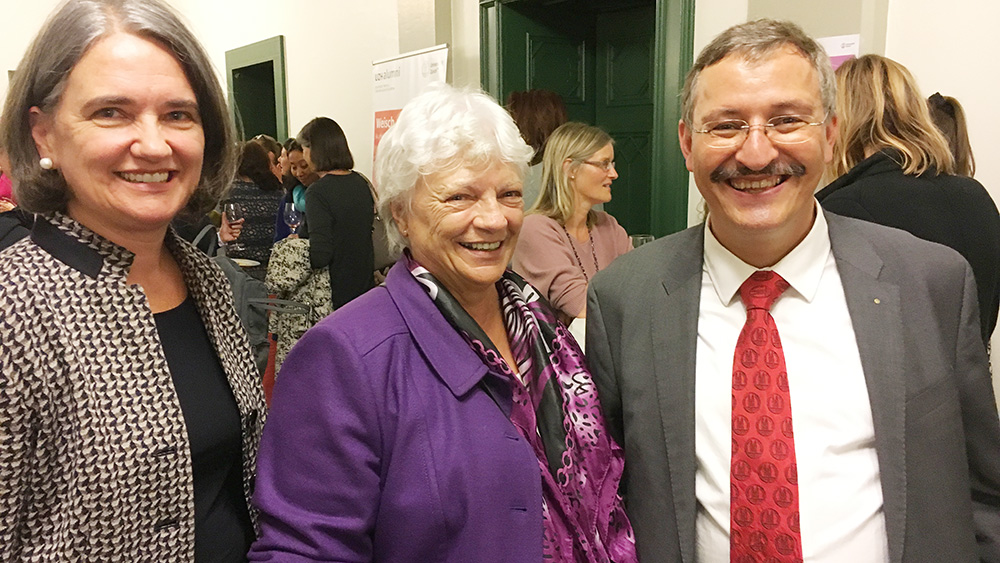 The rules of the game

And women are loath to compete with men, as professor emerita of economics Margit Osterloh pointed out during the plenary discussion. She called for competition to be shaped in a way that invites women to take part. This is why Osterloh is in favor of quotas for women. What’s clear is that if they want to change the rules, women must first get to the positions that allow them to do so.

Would part-time positions be a solution, for example when it comes to increasing the number of female professors? President Michael Hengartner noted that there were indeed part-time professorial positions at UZH, but that “most of them are held by men.” The Clinic for Small Animal Internal Medicine at the Vetsuisse Faculty is an example of a more flexible handling of professorial job allocation. Here, there are two female professors who share a workload of 1.2 full-time equivalents. It’s also possible to temporarily reduce your workload, for example for family reasons. “These requests get approved without discussion,” stressed the President.

Which paths lead to gender equality? “We need solidarity across gender lines,” emphasized Katrin Meyer, “and to act in solidarity with other minorities.” And solidarity among women, in spite of the differences: “Women have different inclinations and abilities, just as men do.” Speaking of which, the women at the event showed plenty of solidarity towards the four men who attended the event, inviting them to join in the discussions during the concluding apéro. The author of this article was encouraged to join former Zurich city councilor Monika Stocker and Margit Osterloh: “Come and join us,” said Osterloh, “you’re in a minority here tonight. I’ve known for a long time what that feels like.”