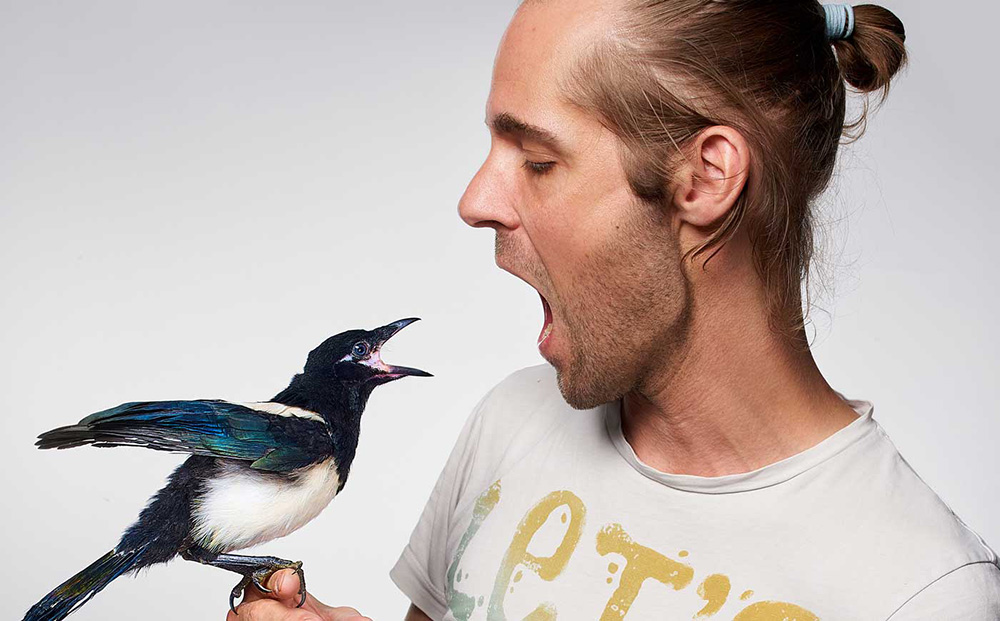 Current research suggests that certain animals have many abilities that have previously thought to be uniquely human. They have rudimentary forms of language and intelligence, maintain complex social relationships, and can cooperate with each other. And yet despite these similarities, humans are clearly distinct from the rest of the animal kingdom. “We have these abilities to a much greater extent and our having the combination of language, intelligence and cooperation is totally unique,” says philosopher Hans-Johann Glock.

The new UZH Magazin explores some of the traits humans have in common with animals – and what distinguishes us from them. For example, UZH anthropologist Caroline Schuppli observes orangutans in the Sumatran jungle to find out how intelligence is formed in animals. For her it’s clear that apes learn socially by observing and imitating other members of their species.

The research of Aline Steinbrecher shows how closely interlinked animals and people can be. The historian is convinced that pet dogs played a key role in shaping the emerging middle classes in the 18th century. A visit to the small animal clinic at the Veterinary Teaching Hospital shows just how close the relationships between humans and their pets can be. To many people today, animals are life partners, which is why they’re willing to spend a lot of money to treat their pets when they get sick. This can lead to emotional discussions with the veterinarians treating the animals.

In contrast, in our interview Markus Huppenbauer draws a clear line between humans and animals: “Humans are the ones we can share our stories, fears, hopes and plans for the future with. All this isn’t possible with animals,” says the ethicist. This is why he makes the distinction between humans as part of a moral community and animals. For Huppenbauer, this also means that we have a right to kill animals if certain conditions are met.

For the Magazin’s picture gallery, photographer Jos Schmid focused on people who interact with animals in a variety of ways. While dogs and horses can have a trusting and playful relationship with their owners, wild animals such as birds of prey get stressed when they’re up close with humans. Schmid’s pictures offer a glimpse into these diverse relationships.