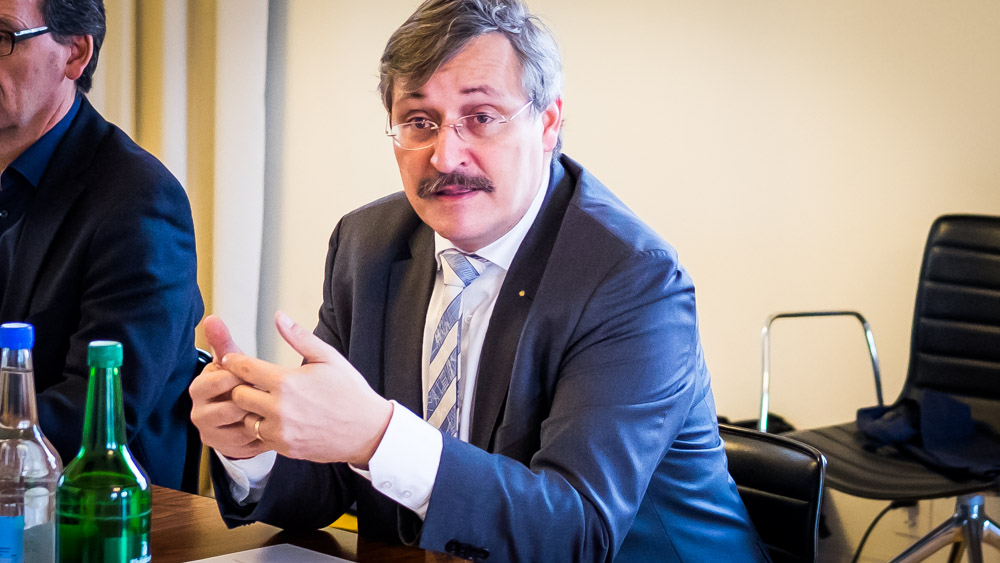 The University of Zurich is offering gifted and academically engaged high school students from the Canton of Zurich the chance to get a taste of university life before they finish school. Over the course of one to four semesters, school students in the final two years of Gymnasium can attend selected course modules at UZH.

The students will thus have the opportunity to find out where their interests lie, deepen their subject knowledge, or branch out into new areas to help them choose their future paths and prepare them for the world of academia. The two-year pilot project will be launched in the Fall Semester of 2018.

Not a replacement but an enrichment

UZH President Michael Hengartner presented the concept in a press conference. The University Program for School Students was not intended to replace but to enrich the programs provided by Zurich high schools for gifted students, he said. The number of ECTS points that each school student can earn will be restricted to six per semester which can then be taken into account if they later go on to study at UZH.

Several dozen universities in Germany have already introduced programs for gifted high school students, and the concept is also well established in Austria. “The University of Zurich wants to contribute to making the concept more widespread in Switzerland,” said Hengartner. The University of Basel introduced the first such program for high school students in Switzerland around 10 years ago and has had a good experience with it. The universities of Bern and Lucerne followed suit soon after.

UZH’s program is aimed at particularly talented young people in the Canton of Zurich who are interested in research. After the two-year pilot phase, the program may be extended to include students from neighboring cantons, said Hengartner. A maximum of three students per year group from the same school may take part. “In total,” said Hengartner, “we expect around 70 students a year.” The school students must be capable of following the courses at UZH like the older students. This will ensure that additional costs and resources required of UZH are kept low.

Close cooperation with the schools

It will be up to the schools to decide which students might be suited to the program. Hengartner justified this rule by explaining that the teachers are usually best placed to know which students are suitable.  It is not primarily about their grades: What is important is that the participating students are gifted in a range of subjects, have strong school performance, are interested in research, and are motivated. The ability to deal with a high workload is also a factor, as students who spend half a day a week at UZH will still have to catch up on the work they missed in school in their own time.

Hengartner stressed that UZH had developed the concept for the University Program for School Students together with schools. Also, he said, its current form was not set in stone. “We’re going into the project with an open mind, and I’m looking forward to finding out how it goes,” said Hengartner. The lessons learned from the first two years of the program will be used to adapt the concept in the future.