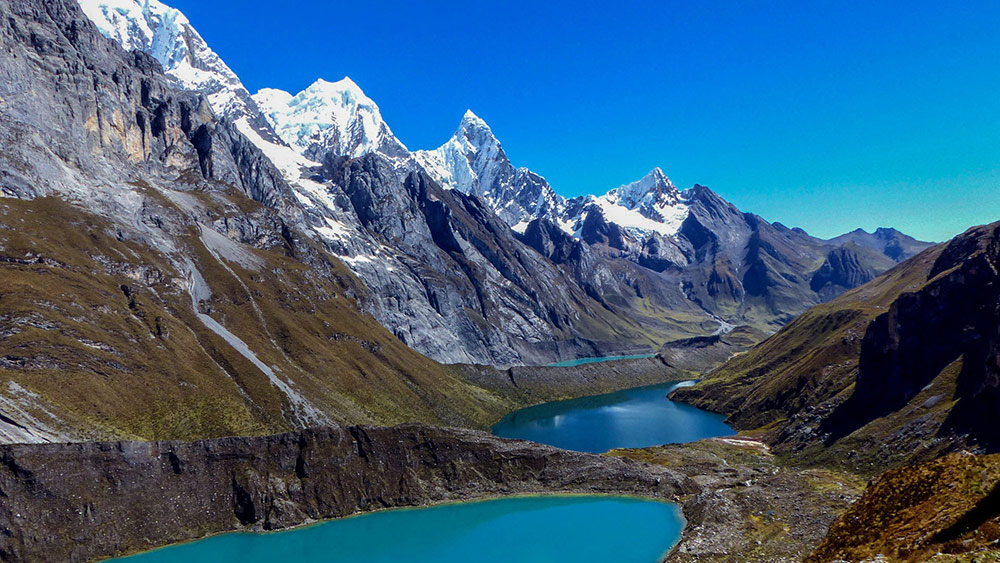 The environment is changing and causing glaciers to melt, for example. This means that humans need to adapt – but how? Two projects supported by swissuniversities’ SUDAC program are addressing these questions, among other things. (Pictured: Huayhuash region in Peru // Photo: Thorge, pixabay.com)

Since last year, swissuniversities has been supporting cooperation projects between Swiss higher education institutions and the Global South through its Development and Coordination Network program (SUDAC), which is based on the Sustainable Development Goals of the United Nations’ Agenda 2030. This year, swissuniversities has awarded its grants to UZH researchers Bettina Dennerlein und Christian Huggel – the first time the funding has gone to two researchers from UZH. 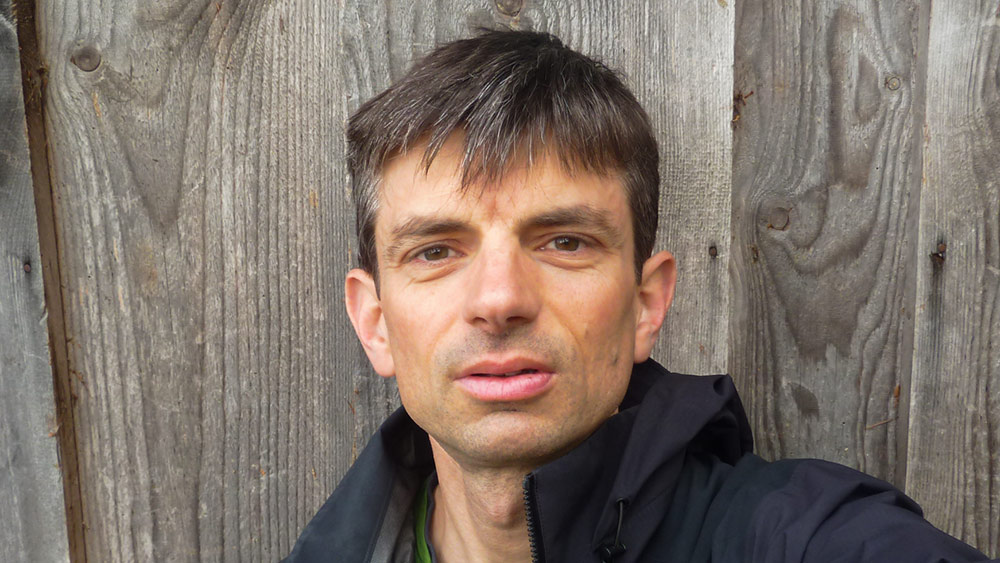 How can we adapt to environmental changes? Geographer Christian Huggel is teaming up with researchers from South Asia and the Andes region in South America to find possible answers. (Picture used with permission)

Adapting to the environment

The effects of climate change can be seen in myriad ways and pose major challenges for developing countries in particular: In Peru, for example, the decreasing water resources, which are a result of the melting glaciers, are increasingly causing problems, while coffee farmers in Colombia are struggling with the rising temperatures and subsequent insect plagues, forcing them to plant coffee beans at lower altitudes. People urgently need to adapt to the changes in the environment: “It’s the only way we can ensure sustainable development,” says UZH geographer Christian Huggel.

However, any reasonable adaptation to climate change requires comprehensive, interdisciplinary knowledge, which so far has only been partly attempted at Swiss and foreign higher education institutions. Christian Huggel wants to tackle this in his new SUDAC project: Through what is known as joint knowledge production, the project team is connecting countries’ diverse scientific expertise with policy-makers and non-governmental groups with the aim of creating and sharing new knowledge regarding successful adaptation to climate change. “These are global issues, which means we have to work together,” explains Huggel.

His project “Strengthening capacities and resilience in climate adaption” is being conducted with the backing of UZH and is supported by ETH Zurich, the Zurich University of the Arts, the Bern University of Applied Sciences as well as five institutions in Peru, Colombia, El Salvador, India and Nepal. Switzerland will be able to leverage its rich history and expertise in glacier and risk research, while India can share important insights in climatology in the Himalayas and Peru can contribute its knowledge of addressing the social and cultural questions that come with changing environmental conditions. Ultimately, the researchers will create a new network that will pull together and bolster our knowledge of climate change adaptation – knowledge that has thus far been scattered around the world. The research is supported by swissuniversities and other participating universities to the tune of 900,000 francs through the SUDAC program.

In the project’s initial phase, the researchers will identify knowledge gaps with regard to climate change adaptation in their relevant universities, with a view to removing these gaps together with their partner institutions in a next step. To do this, they will, for example, develop new publications, teaching materials and training courses. A first joint workshop will then be held in the winter, during which specific cases – protection from natural disasters in Nepal or the water crisis in Peru, for example – will be discussed together with the partners. The aim is to analyze the problems and implement possible solutions.

“We want the newly created network to provide fertile ground for internationally coordinated research and teaching,” says Huggel. In the long term, the researchers intend to expand the network and secure additional funding. Discussions with other foreign universities are already ongoing, according to Huggel. He highlights the cooperative aspect of the network: “We don’t prescribe – we’re working hand in hand to tackle global challenges.” 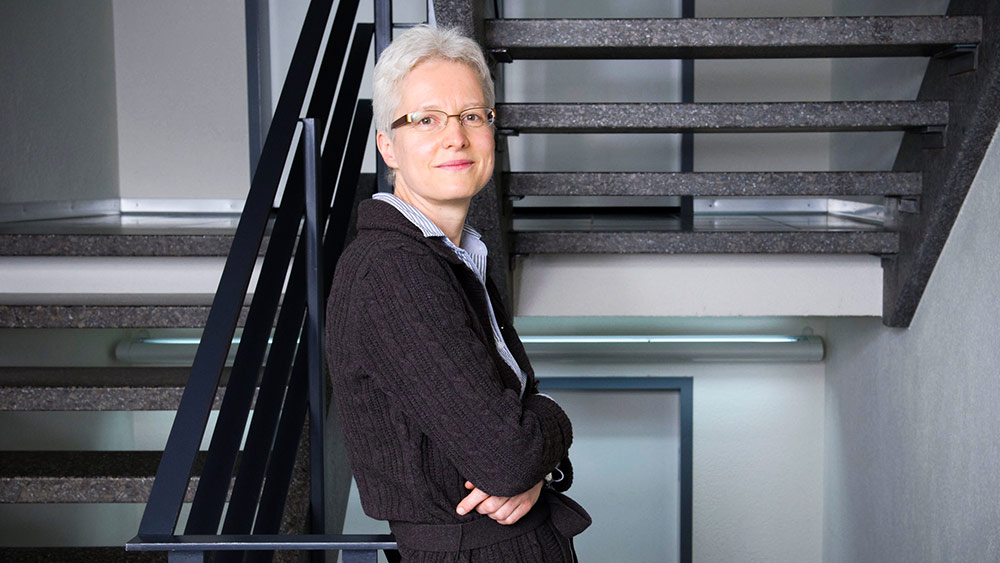 Gender and Islamic studies scholar Bettina Dennerlein is working together with partner institutions in the Global South to research ways to identify and combat gender inequality. (Picture used with permission)

Gender studies and Islamic studies expert Bettina Dennerlein has been awarded a SUDAC grant for her work to establish a joint platform for Switzerland, North Africa and the Middle East to research and communicate gender and diversity topics. Coordinated by UZH’s chair for gender studies and Islamic studies, the project is a collaboration between UZH, the University of Geneva and the University of Applied Sciences of North West Switzerland with higher education institutions and research centers in Morocco, Egypt and Lebanon. Swissuniversities and the involved higher education institutions are backing the project with approx. 440,000 francs.

The project “PRO GED – Promoting Gender Equality and Diversity through Shared Knowledge Production” aims to work together with important social and political regions in the Global South to build up academic expertise to tackle the complex challenges of gender inequality and diversity in a globalized world. This is necessary because in Switzerland as well as in the Global South, there continue to be deeply rooted gender-specific roles, unequal rights and uneven access to the labor market for men and women.

The researchers will approach the topic from a variety of angles: The Gender, Memory and Development subproject, for example, will focus on the role of archives in documenting the development of gender inequality, and also on how through them this inequality is upheld. Gender and diversity knowledge in public and private organizations is another of the project’s topics. This concerns the question of how businesses introduce gender equality policies and how this transforms their work and jobs. The project also aims to examine why in Europe some groups such as political refugees or women in public space are considered vulnerable, while others such as sex workers or women wearing veils are perceived to be a threat. These kinds of discrepancies also exist in the countries of the partner institutions.

According to Bettina Dennerlein, this type of international and transcultural exchange with partner institutions from the Global South is necessary: “We can work together to develop new perspectives on existing structures and concepts, and in this way identify and combat specific cases of gender inequality.” It’s not about finding solutions for the Global South from the point of view of Swiss higher education institutions; the aim is instead to tackle questions that transcend cultural and national boundaries together with the partner institutions. This is why the researchers attach particular importance to the collaborative aspect of the project – researching with, rather than about, the Global South.

As a research and higher education institution, UZH cultivates its international networks and is committed to sustainable social development. This is why the International Relations Office is inviting researchers to take part in an interfaculty ideas workshop to share their experience, ideas and needs. The goal is to develop measures that will help UZH to support its researchers in their quest to find solutions for global challenges.

Programm and Registration (in German)