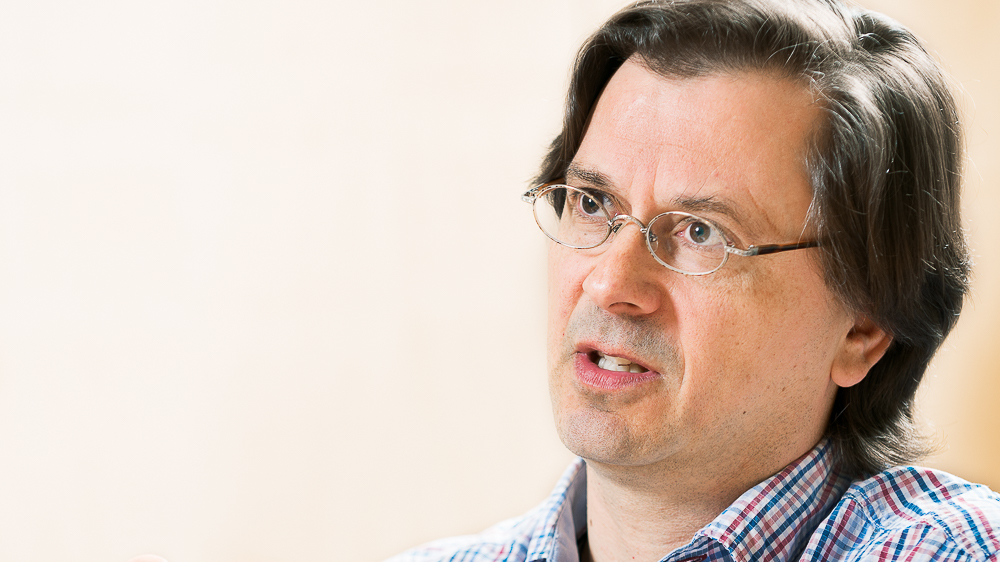 cfuhrer
Christian Fuhrer: “This will help us to further establish ourselves as a publishing platform for open access journals.” (Image: Frank Brüderli)

Christian Fuhrer, head of the open access team, describes the move of the journal Studies in Communications Sciences (SComS) to the Main Library’s HOPE* platform as a model example of the shift towards open access publishing.

Firstly, because an established and high-quality journal previously published by a large publishing house has moved to open access. This shows that there is demand for this publication model among editors and researchers. Secondly, Fuhrer is pleased at the recognition the move shows for the HOPE platform: “This will help us to further establish ourselves as a publishing platform for open access journals.”

It was only thanks to the University of Zurich’s new platform that the subscription journal from Elsevier was able to move to the freely accessible server. HOPE has now become host to an internationally known and respected specialist publication. It will be published by the Swiss Association of Communication and Media Research (SACMR) in cooperation with the Faculty of Communications Science of the Università della Svizzera italiana.

Research accessible for everyone

In the first open access edition, Sara Greco, on behalf of the editorial team, thanked Elsevier for its collaboration over the previous four years. However, she continued, the moment had now come to open up to the future.

“The open access model of HOPE is important to us because it makes findings from communications research accessible for everyone,” enthuses Greco. This means the significance of research for society can be more easily shared. The journal will also be issued in print form by the Swiss publisher Seismo, and will continue to be available in libraries.

The aim of the HOPE platform, which was established in 2016, is to develop the form of open access publishing known as the golden way. This means publishing original academic work with open access, whether as standalone articles or in the form of full journals.

The other method is called the green way, which means publishing the work in a public repository – such as UZH’s ZORA – as a second step after it has already been published in a traditional journal. HOPE enables researchers from UZH to found and publish their own journals, or to migrate existing journals onto the platform.

Tools and servers are provided

All the necessary tools are provided by the Main Library, based on the services of the University’s Information Technology team. Hosting is currently free of charge for UZH researchers. Alongside the SComS journal, three other journals are now available with open access on the server, with one more in the pipeline.

Gabriele Siegert, Vice President for Arts and Social Sciences, said she was thrilled about the move. As former president of the SACMR, she welcomes the cooperation between the Main Library and the communications science journal and encourages all researchers to publish their academic articles with open access.