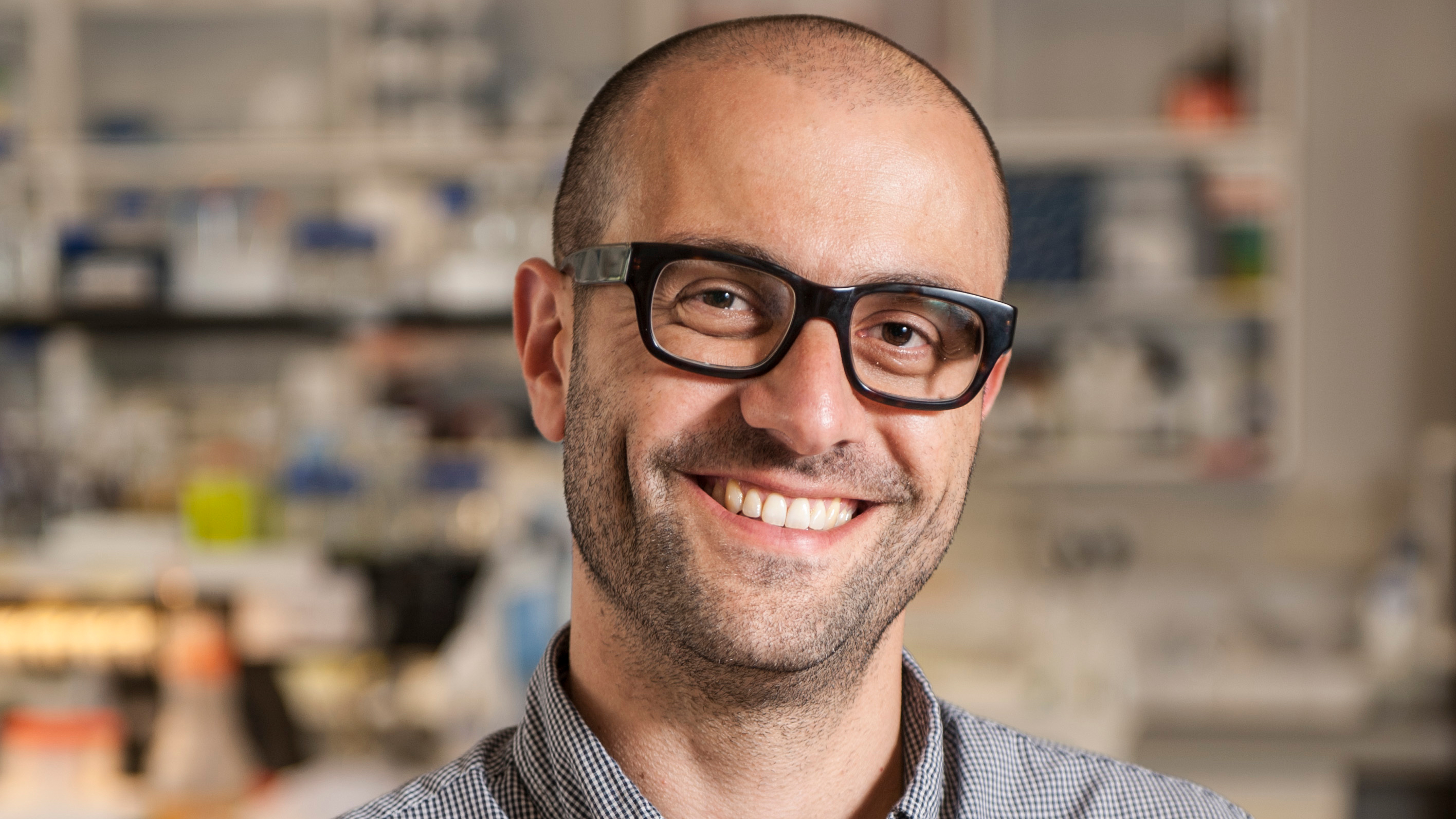 The first floor of UZH’s Department of Plant and Microbial Biology near the Botanical Garden is undergoing renovations. Here laboratories will soon be installed and workstations set up. This is the new realm of Cyril Zipfel, a highly talented plant researcher, who was recently appointed to the professorial chair for molecular and cellular plant physiology at the University of Zurich.

The 39-year-old professor walks across the still empty labs and explains what he and his group of about 20 researchers plan on investigating over the next few years. “We’re looking at the immune system of plants, the recognition and signaling pathways that are used to fend off pests.”

Most people aren’t even aware that plants have an immune system. But Cyril Zipfel, who grew up in Alsace, has been researching these processes for the past 17 years. He came to the topic through his doctoral thesis at the Friedrich Miescher Institute for Biomedical Research (FMI) in Basel.

His 2004 paper, published in the scientific journal Nature, showed how bacterial invaders and their flagella trigger molecular resistance. He’s been hooked on the subject ever since, with one publication leading to the next, often appearing in reputable journals.

At the same time, he climbed the rungs of the academic career ladder. After completing his doctorate, he joined The Sainsbury Laboratory in Norwich, where he headed up the laboratory from 2014 to May 2018.  Today Zipfel is considered a pioneer and globally recognized specialist for innate immunity in plants and the associated molecular processes.

His academic standing is evident from the fact that he was recently presented with the Tsuneko & Reiji Okazaki Award from Nagoya University in Japan –the first plant scientist ever to receive the award.  The award recognizes young leading scientists’ extraordinary efforts and accomplishments.

Previous winners of the award include Feng Zhang, who co-discovered the revolutionary CRISPR technology at the Massachusetts Institute of Technology MIT in Boston. The award is named after Tsuneko and Reiji Okazaki, who in 1968 discovered an important mechanism during DNA replication.

The award will be handed over on 4 October 2018 in Nagoya, where the awardee will also hold a lecture. “I feel honored and above all proud to be the first plant researcher to win this award,” says Cyril Zipfel.

As if this list of achievements wasn’t already impressive enough, the newly appointed UZH professor has just been elected to join the distinguished circle of EMBO members. The European Molecular Biology Organization’s network brings together “some of the best researchers in Europe and around the world”.

The fact that 2018 would turn out to be a good year for Alsace-born Zipfel is also evident from the coveted Consolidator Grant that was awarded to him.  From June 2018 onwards and for a period of five years, the European Research Council ERC is providing UZH with two million euros for Zipfel’s research, which will focus on signaling pathways inside plant cells that regulate the plant’s immune system in combination with endogenous molecules (peptides).

The latter can react to external environmental influences as well as internal factors. “We want to understand the immune system’s molecular network in its entirety as well as its interactions with the environment,” says Zipfel.

In addition to being personal achievements, Zipfel’s awards and honors also say a lot about the role of molecular plant research – namely that the field is becoming more and more important and reputable the world over. A few of Zipfel’s fellow researchers have also recently won awards or prizes that usually go to scientists working in other fields of life sciences, as pointed out in the editorial of the latest Nature Plants journal.

Cyril Zipfel sees this recognition as the next logical step of the growing importance of plant research, for example when it comes to food security of an increasing global population:  “Knowledge about the immune system of plants opens up new possibilities in pest control.”

The more in-depth our understanding of these complex processes, the closer we are to developing precision applications. Where this will lead us remains to be seen, but Cyril Zipfel is convinced that new biotech applications will become possible that are efficient and that don’t place a strain on the world’s ecosystems.

Thanks to his colleagues at the department, who also rank among the most cited in their field, as well as the collaboration with researchers at ETH Zurich, Zipfel feels that with the University of Zurich he’s come to the right place. He’s bursting with energy and ideas, and will do his utmost to make sure his laboratories become productive as quickly as possible.