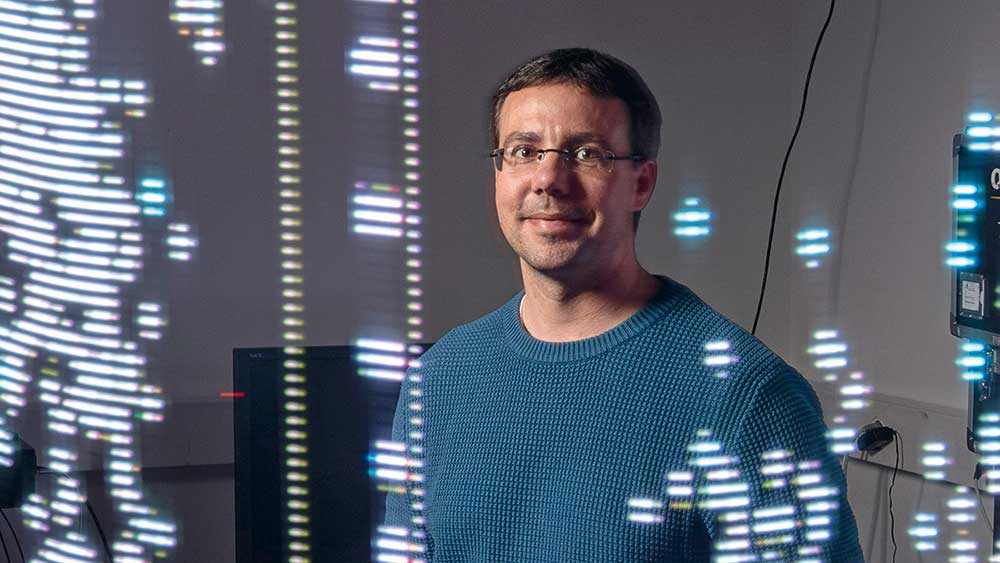 For cells, cell division is the ultimate proof of their abilities. These smallest units of life not only have very specific tasks to fulfil, but are also capable of making an exact copy of themselves – arguably their most astonishing ability. The duplication of DNA in particular is something of a molecular-biological wonder, almost like a photocopier copying its very own structural set-up that is located somewhere deep inside itself instead of replicating documents. And it does so down to the very last detail, without deviation and mostly without error.

But as precise as the copying process normally is, errors do occur now and again. And this damage to genetic material can wreak havoc on the body’s functions or cause diseases such as cancer. There are many ways in which mutations can turn perfectly healthy cells into cancerous ones, and research into this is far from over. Almost 500 oncogenes that favor uncontrolled growth of cells are currently known.

But several of these genetic mutations have to come together to make a cluster of uncontrollably growing cells develop into a tumor. This means that the body does have a little time before things start to get really out of hand. And the human body has a whole host of DNA repair mechanisms that can recognize and fix these mutations in good time. For example, there are tumor-suppressing proteins that make sure that “offending” cells are led to cell death, or apoptosis.

How then can catastrophic system failure such as cancer still occur? Why do some changed cells take on a life of their own despite all of the body’s control mechanisms? This is what a research group headed up by cell biologist Matthias Altmeyer wants to better understand. The group specializes in quantitative high-throughput microscopy – a process that allows researchers to observe how individual cells deal with damaged DNA.

Using this technique to look at thousands of cells, it emerges that there are differences when it comes to the efficiency with which damage is recognized and repaired, even among genetically identical cells of the same cell type. Some cells manage to systematically switch off repair mechanisms, while others simply evade the controls. How can these different responses to a seemingly clear situation be explained?

Finding out more about this – and in doing so possibly also increasing the understanding of the earliest stages of cancer development – is the aim of the group led by Altmeyer. The cell biologist’s research has been supported with an ERC Starting Grant of the European Research Council since 2016. One of his team’s recent discoveries is that stress is passed on without mutations to daughter cells during the duplication of DNA. This means that the repair mechanisms in the next generations of cells are also permanently affected.

Matthias Altmeyer’s research takes an unusual view of cancer. From an evolutionary perspective, cancer cells are very resourceful and as a result have an advantage in terms of selection. Some of the damages thus “disguise” themselves or, put differently, they are able to appear undamaged, and instead look like an asset for the cell. These mutations are precisely the ones that can be dangerous. Thanks to the quantitative analysis performed by the researchers, we now know that cancer cells are the “swots” of biology. In a way, they represent the successful manager type – in other words, faster and more efficient than their peers. “But more prone to a breakdown,” says Matthias Altmeyer.

Cancer cells want to be successful at all costs. So they lead risky lives, and they often suppress the genes that are important for well-functioning repair mechanisms. They thus make sure that it’s easier for mutations to occur, and therefore that further dangerous cancer genes can develop. An apt comparison would be that of rejecting all government control to increase productivity, even though the production itself becomes more and more dangerous. Evolution only rewards risk-takers, those who are better than the others. Altmeyer uses a traffic metaphor to make his point: “It’s as if cancer cells are removing the handbrake,” he says. Normally this isn’t a problem – but when all the other brakes fail, it can be fatal for the cancer cells.

So can Altmeyer’s take on cancer cells be translated into therapy? According to the researcher, the quantitative method will surely play a role when it comes to diagnosis. So far, cell-biological analyses have focused on an average value taken from a number of cells, much like a class teacher being interested only in average grades rather than the individual performance of pupils. If the right markers can now be used to detect and analyze the cells causing trouble, it will be possible to much more accurately tell whether something is awry in the body.

Altmeyer also believes that in the medium term, new possibilities in therapy will open up, with initial approaches showing some promise. The researcher’s idea is compelling, albeit a bit eerie: Instead of attempting to reform the cancer cells, in other words to reactivate the evaded control and repair mechanisms, or to remove the cell altogether through the use of drugs, the researcher has come up with another strategy.

A new approach to therapy could be to spur on the cancer cells rather than trying to rein them in. Creating stress in all cells and having them perform at an ever higher rate could send cancer cells over the edge and into a burnout, so to speak. Active ingredients would be of interest for this kind of therapy not when they work against the cancer, but when they help the cancer circumvent further control and repair mechanisms.

While healthy cells would be able to cope with this, such a surge might finally throw cancer cells out of balance. For this to succeed, according to Altmeyer, it would be necessary for researchers to precisely recognize the precarious functioning of the cells’ molecular-biological systems, and to know how close the cells are to the critical threshold: “We want to make sure that the dangerous cells go over the edge. It’s the only way of knowing for sure that the therapy is actually combatting the cancer,” says Altmeyer. A risky game, but one with huge potential, as it’s based on an in-depth understanding of what cancer cells are – and what drives them.