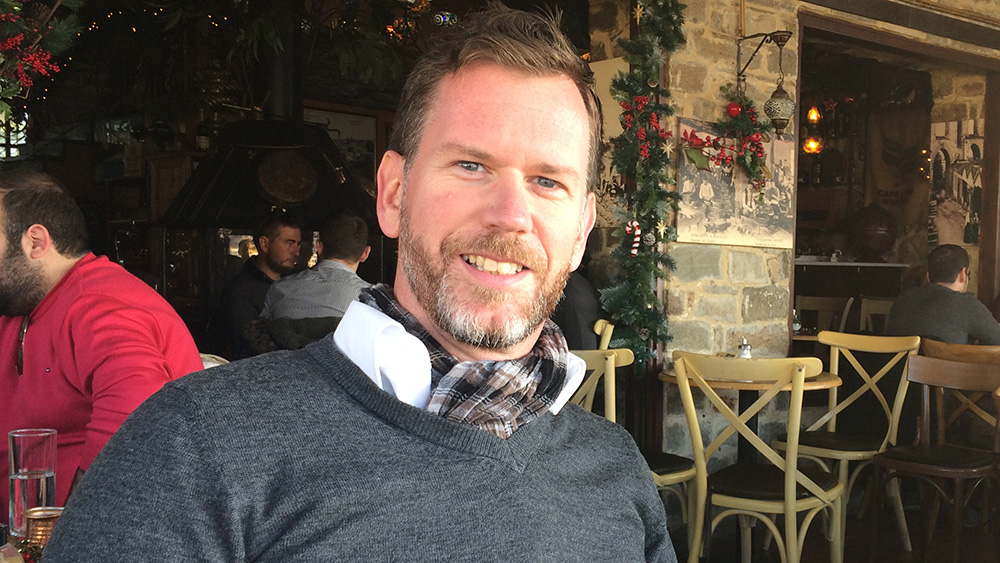 Yves Segganfredo
Aiming to provide as many UZH graduates as possible with a networking platform: Yves Seganfreddo, chair of the new Entrepreneurs Chapter. (Picture used with permission)

A UZH alumni chapter brings together like-minded graduates of the University of Zurich – for example people who have trained in the same discipline or have other shared interests in areas such as sports, culture and the arts, or business. Entrepreneurs also fall into this category. Last year the interdisciplinary Entrepreneurs Chapter was founded with the aim of “giving as many innovative UZH graduates as possible a platform for networking and exchange,” as chapter president Yves Seganfreddo explains. Membership is open to UZH graduates with innovative and entrepreneurial spirit who have established or co-own their own company.

“Many university graduates had already started considering an entrepreneurial career during their studies. There’s a broad community at UZH, but unfortunately not much networking,” explains Seganfreddo. “The range of entrepreneurial activities at a comprehensive university like UZH is much broader than at specialized establishments such as the ETH or HSG. We want to take advantage of this to give as many UZH entrepreneurs as possible an opportunity to network.”

Seganfreddo believes that the new chapter format has particular potential for himself and other entrepreneurs: Because it doesn’t need the legal superstructure of an association with all the administrative work that entails, a chapter gives members more time to focus on their common interests. This is particularly helpful for people who have a lot on their plate professionally but would still like to benefit from the social aspect of a club or association.

The Entrepreneurs Chapter fosters close ties with other business-oriented alumni organizations, and enables its members to meet and exchange experiences with alumni of other universities. For example, April sees the launch of the Zurich Startup Talks, which offer the opportunity for members of the Entrepreneurs Chapter to network with alumni of universities such as Oxford and Stanford.

More Time for the Social Side

“UZH Alumni introduced the new chapter format to make it easier for graduates with similar interests to get together,” says UZH Alumni Managing Director Sandra Emanuel. It used to involve founding an association, which required a certain amount of effort and could be daunting. “Experience shows that many alumni are interested in joining forces but often simply don’t have the time and resources to take care of the administrative work entailed in an association.”

The newly introduced chapters have made it much easier to join up with others. The chapters are affiliated to the UZH Alumni association and can therefore take advantage of the services of its office. Another advantage is the membership model: Anyone joining a chapter pays the fee for UZH Alumni individual membership, and can also join other chapters.

Alongside the six chapters in Switzerland, in the last few years a number of international chapters have emerged, from San Francisco and London to Hong Kong and Singapore. The international chapters work closely with Swiss embassies, swissnex, or alumni organizations of other Swiss universities, and enable UZH alumni who live abroad to network.

But one thing is clear for Emanuel: the impetus has to come from the members themselves. “We neither can nor want to create the programs for the chapters. They have to do that themselves. But we do make sure they’re not burdened with the administrative details, and we can help the chapters to acquire members.” UZH Alumni has a large database which the chapters can use to contact graduates to build a substantial membership base relatively quickly.

So far it’s working well “Following the introduction of chapters last year the response has been gratifying,” explains Sandra Emanuel. “A number of new chapters have been established, and there have even been associations that have converted to chapters.” In 2018 the plan is to found a women’s chapter. Thanks to the simplified model, Emanuel hopes above all to also attract alumni of the Faculty of Arts and Social Sciences, where the subjects with fewer students in particular still do not have any alumni organizations. Emanuel: “Now it’s easy: A few interested alumni put together a program, we provide support, and off you go.”

How to Found a Chapter

It’s very easy to found a chapter: you need a few alumni, an idea or purpose, and a willingness to make things happen.

A chapter is established within UZH Alumni by means of a resolution of the founding alumni.

The organization of the chapter and its collaboration with UZH Alumni are governed by the chapter guidelines. The chapter has to specify a name, a purpose, and a governance structure.

The leadership of the chapter decides on a program and activities, and runs them.

It’s advisable to spread the workload among more than one member of the leadership. It’s also important to appoint a contact to liaise with UZH Alumni and a representative to sit on the UZH Alumni Presidents’ Council.

The UZH Alumni office provides support for initiatives to establish new chapters, in some cases also including start-up financing for the inaugural event.