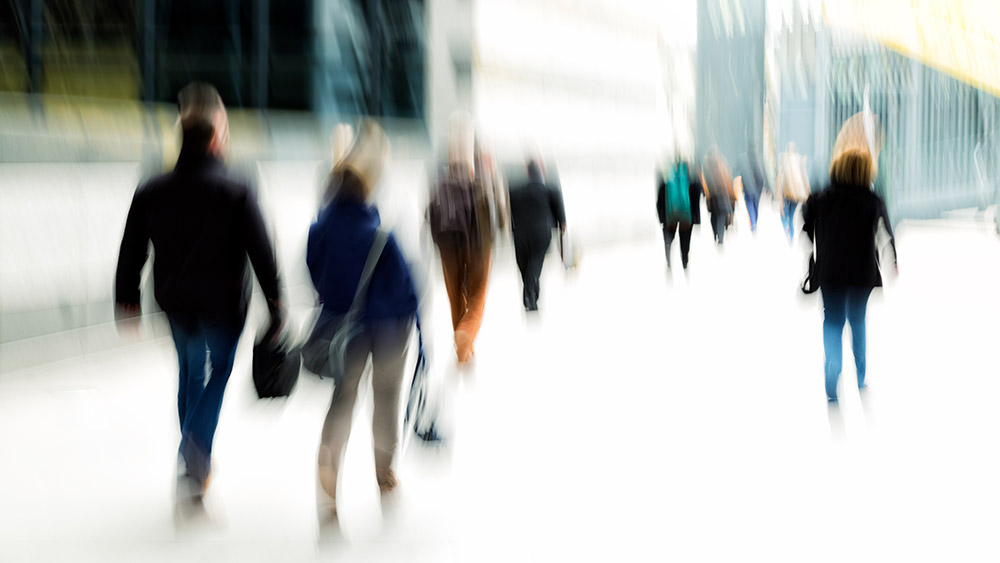 If we look back at working life 30 years ago it looks like a film in slow motion. Letters were typed on typewriters, put into envelopes, and brought to the post office in the evening by the postboy. Two days later the letter would arrive, and sometimes you had to wait up to a week for a reply. Nowadays, we receive innumerable requests, messages, and information via our computers in just a fraction of the time.

Modern devices and new media enable us to circumvent space and time, to ignore distance, and to multitask to the nth degree. We save time in more ways than we ever could have imagined possible. So why don’t we have masses of free time – surely we should have so much spare time that we might even get bored? We all know that’s not the case – in fact, we are busier than ever. But why?

New media and digitalization have not just made our work easier and more agreeable, but have also led to increased pace and greater pressure to perform. Because it’s now possible to do our work more quickly, the number of tasks we are expected to perform in the same amount of time has increased and work has become more intensive. In addition, globalization means companies are under pressure to be competitive and innovative in order to keep up with fast-moving developments, pressure which filters down to the employees.

Another factor is the different working culture we have today, as Martin Kleinmann, professor of work and organizational psychology at the University of Zurich explains: “In the past, managers simply took decisions over the heads of their employees. Nowadays, hierarchies are flatter.” The decision-making process has become more democratic – but with the result that employees are expected to attend countless meetings and be involved in making decisions, even when not really necessary. In a 2014 study, the consultancy firm Bain & Company found that companies waste time more than any other resource. On average, 15 percent of employees’ working hours are taken up with meetings. On top of the meetings are the e-mails that flood in every day that have to be read and dealt with, meaning that there is often little time left for the actual core work. Managers receive up to 30,000 e-mails a year, compared to only around 1,000 letters back in the 1970s.

Employees nowadays are often free to organize their work as they wish. “But that means we need to be better at managing our own time,” says Martin Kleinmann. Our work is very varied, we agree with our colleagues who will do what, we decide ourselves when and in what order we will do our tasks. However, this organization of the tasks also takes time and energy.

A Geography of Time

Pace of life is also influenced by a country’s culture. Kleinmann refers to the work by Robert Levine, “A Geography of Time”, a fascinating study in which the American psychologist attempted to measure the pace of life in various cultures. In 31 different countries, Levine compared three factors: The speed at which pedestrians walked a distance of 20 meters when the sun was shining, how long it took to buy a stamp at a post office, and the accuracy of public clocks. Through his research, he established that the pace of life was fastest in  Switzerland, Germany, Japan, and Ireland, followed by some Asian countries, while in non-industrialized countries in Africa and Latin America it was less hectic. Levine came to the conclusion that there were advantages and disadvantages to both a fast or a slow pace of life and that a price was paid for each. The fast pace of life in highly industrialized countries enables people there to enjoy a high standard of living. On the other hand, even people’s heart rates are on average quicker in the fast-paced countries, meaning the risk of heart attacks is increased.

One in three people are stressed

The other risk facing people in the fast-paced countries is that they work too hard and burn out. Martin Kleinmann quotes an alarming study by the State Secretariat for Economic Affairs (SECO) demonstrating a sharp increase in exhaustion among workers. According to the survey, in 2000 around a quarter of respondents reported feeling stressed often or very often. Ten years later – after the introduction of the smartphone – one in three reported that they were suffering from stress. This has led in turn to a jump in patients with mental health disorders which are often long-term and expensive to treat.

The Swiss HR Barometer is a joint project by the University of Zurich, ETH Zurich, and the University of Lucerne which regularly evaluates how employees feel about their working lives. One of the things measured is the phenomenon of burn out, and the barometer has also indicated an increase in this problem among workers. “The longer the working hours and the workload, the greater the emotional exhaustion,” says Anja Feierabend, project leader of the Swiss HR Barometer, about the findings.

The benefits of working part-time

Is there such a thing as healthy work? Can the vicious circle be broken? The Swiss HR Barometer indicates a possible solution: Employees who work part-time complain less of emotional exhaustion. There is currently a trend towards part-time working among younger workers, explains Anja Feierabend. More and more are choosing to work reduced hours at 80 or 90 percent of full-time. If a person’s life is not exclusively focused on work, then it seems to be easier for them to strike a balance that is good for their mental health.

Three more factors that protect us against stress were also found in the Swiss HR Barometer. Workers who have some freedom, feel autonomous, and feel in charge of their own careers are better able to handle pressure. “It’s possible that these types of employees have a healthy distance from their employer and are better able to set boundaries,” says Bruno Staffelbach, professor of business administration, and co-founder and editor of the Swiss HR Barometer.

But what if going part-time is not an option? Are there techniques or strategies that you can use to successfully manage the demands of today’s hectic workplaces? Work psychologist Martin Kleinmann believes it comes down to self-management. Good organization and management of your own work and time can be a way out of the vicious circle, or can at least help you to stabilize the pace and take a breather.

That’s easier said than done: There are several factors that undermine our attempts to use time wisely. One widespread mistake is underestimating how long we need for a particular task. Another is our reluctance to say no. If a colleague comes and asks us to help them prepare some documents, we would rather be polite and say yes, than actually consider the time we have available. Another problem is that we are more likely to accept tasks that have a long deadline than those with a short deadline, even though the total amount of time we have to spend on them will be the same. The most important thing to do when organizing our work is to set short-term and long-term goals, says Kleinmann. You could do that on the way to work, for example, by writing a plan for the day in your diary, or in the office by having a monthly or yearly planner on the wall.

No e-mails outside of work

Strategies for managing time are not yet very widely used in the workplace. However, more and more companies are moving with the times and sending their employees on training courses and workshops to learn techniques to protect themselves against increasing levels of pressure. In Germany, some companies – for example BMW, Daimler, and VW – have made it technically impossible for employees to answer e-mails outside of working hours. Maybe that just addresses the symptoms, not the cause, of our frenzied lifestyles, but it’s a step in the right direction.