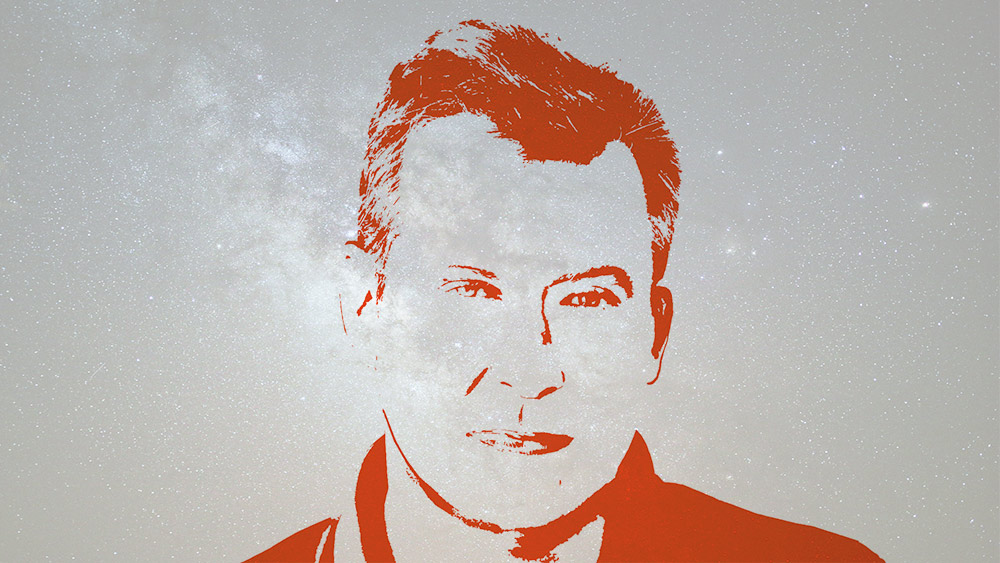 Astrophysicist Romain Teyssier: “For the universe as it is today, a billion years is a rather short unit of time."

In the beginning the universe is a black soup of particles, a lake of dense matter. Gravity then gives rise to small waves, everything starts to move, and clusters of particles form that gradually drift apart. Why this is the case remains a mystery. But astronomers are clear on one thing: it was the expansion of the universe that made this visible at all...

Let there be light! But how exactly did this happen?

Romain Teyssier: The universe is a gas, and a gas that expands cools. Imagine that after the Big Bang the universe is extremely hot, and the particles are in a highly excited state. After 400,000 years of expansion they have cooled enough to settle down. The electrons combine with protons to form atoms. Hydrogen atoms make up 90% of the universe. Nearly all of the particles that were previously blocking the path of the photons are now out of the way, and the light can finally penetrate in a straight line.

...But there’s still nothing to see for a long time. For nearly another 100 million years, the universe remains dark. In fact, this is referred to as the Dark Ages of cosmic history. Although the universe is already transparent, there are as yet no stars or galaxies. It will still take a lot of gravity for breakers to form from the small waves in the cosmic lake, the whitecaps of which will then become the first small galaxies and stars.

The universe is now finally beginning to glimmer, and a further billion years later it is fully illuminated. And in the remaining period of just under 13 billion years to the current day, the really big galaxies gradually take shape. The Milky Way is one of the earliest, and is already some 10 billion years old. Our Sun is also impressively old in cosmic terms at 4 billion years, as is Planet Earth which is roughly the same age.

And essentially, that’s the history of the universe. Except that since the 1990s, there would appear to be a new chapter. Back then, astronomers discovered that the expansion that has been driving the universe since the Big Bang is gathering pace. And that caused an uproar...

What makes this discovery so exciting?

Teyssier: It caught us completely by surprise. School physics teaches us that expansion wanes over time due to gravity. If I throw a stone up into the air, it slows and then falls back down to the ground. In the case of the universe, however, it would appear that the stone rises at an accelerating pace and disappears. We physicists have no explanation for this, and the mysterious force we presume to be behind this has been dubbed Dark Energy. But we haven’t the faintest idea where it comes from. Whatever the case, it is having an enormous effect on the universe, as the galaxies are now moving apart increasingly quickly: a completely new phase of cosmic history.

The phases of this history range from fractions of a second to billions of years. Such extremes are beyond our human concept of time. Can we even think in terms of seconds and years here?

Teyssier: Time is defined differently in the context of the universe than it is on Earth. In the universe, time arises from the interaction between the actors in the system. Let’s take the example of a completely isolated particle, a photon for instance, If we send it off into the empty universe, time does not exist for this particle. It has no external contact of any kind and won’t change – and is therefore timeless. However, if it collides with an electron and is absorbed by it, an interaction happens. It is only then that time arises. It is only then that time makes sense at all as a measurement. Time is thus the duration between two interactions. 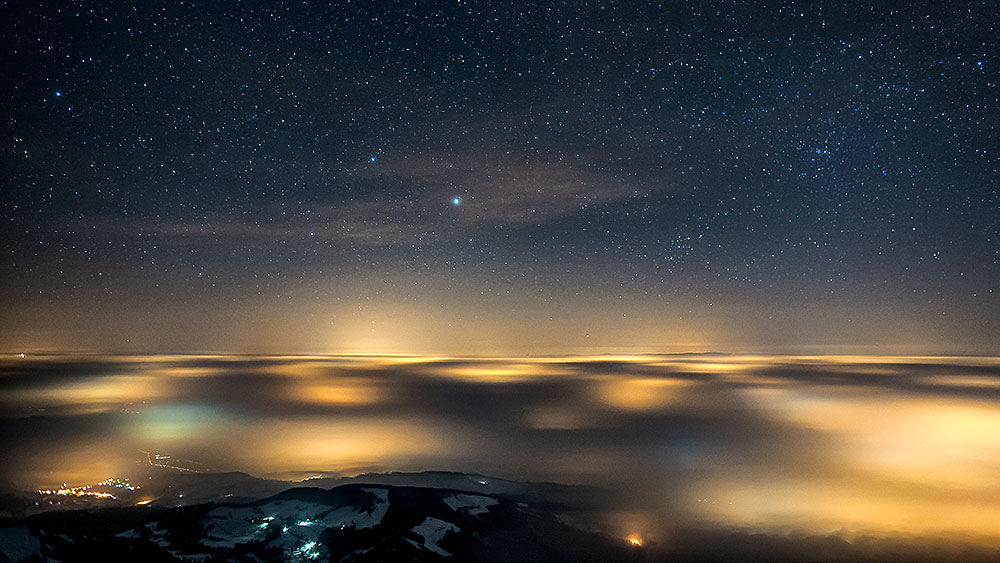 Alt
The universe above our heads. (Photo: Alessandro Della Bella)

And how does that help us to grasp the extremes of cosmic timespans?

Teyssier: In the beginning, when the universe was still very dense and hot, particles would bump into each other incessantly, and interacted inconceivably quickly. Planck time seems to us to be infinitely short, but for them it’s rather long. Today the universe is immense, and in the gigantic open spaces between the galaxies interactions occur only every two to three billion years. For the universe as it is today, a billion years is a rather short unit of time. As the universe expands, the concept of time changes. If the universe expands, so too does time. Time becomes relative.

Given that the Earth is part of the expanding universe, shouldn’t we also adjust time here as well?

Teyssier: No. The galaxies themselves are in a stable state. Our Milky Way has also found its equilibrium between gravitational and centrifugal forces and is no longer changing. The expansion is taking place solely between the galaxies. Our earthly time can stay as it is. Cosmic time, on the other hand, will no longer exist one day. Dark energy is driving the galaxies apart at an increasing pace, and at some point the concept of time will also cease to be. That’s actually quite sad, isn’t it? But then again, perhaps we researchers have got it wrong, and everything will turn out differently.

As an astronomer, you seem to have a different understanding of time than us laypeople.

Teyssier: For me as a physicist, time is associated with the nature of the objects I study. Gravity takes ten million years to form a star from a gas cloud. That sounds like an awful lot, but I don’t see it as being either a short or a long period. Instead it’s simply the amount of time needed for a star to be formed by gravity. We astrophysicists work with units of time for physical processes, we don’t think in human hours or years. Earthly units of time are practical for making calculations, and this is also the case in physics. But when I’m thinking in astronomical dimensions, I don't need them. Cosmic time will end before the universe disappears.

...Time on Earth will only stop when the Earth no longer exists. That will happen at the latest in four billion years when the Sun burns out. Its outer layer will then expand and engulf the Earth...

A professor of computational astrophysics, Romain Teyssier teaches physics, astrophysics, and computational science at UZH. He is an expert in cosmology, and the formation of stars and galaxies. Using supercomputers and the RAMSES code he developed, Teyssier performs simulations of structures and movement in the universe over billions of years.