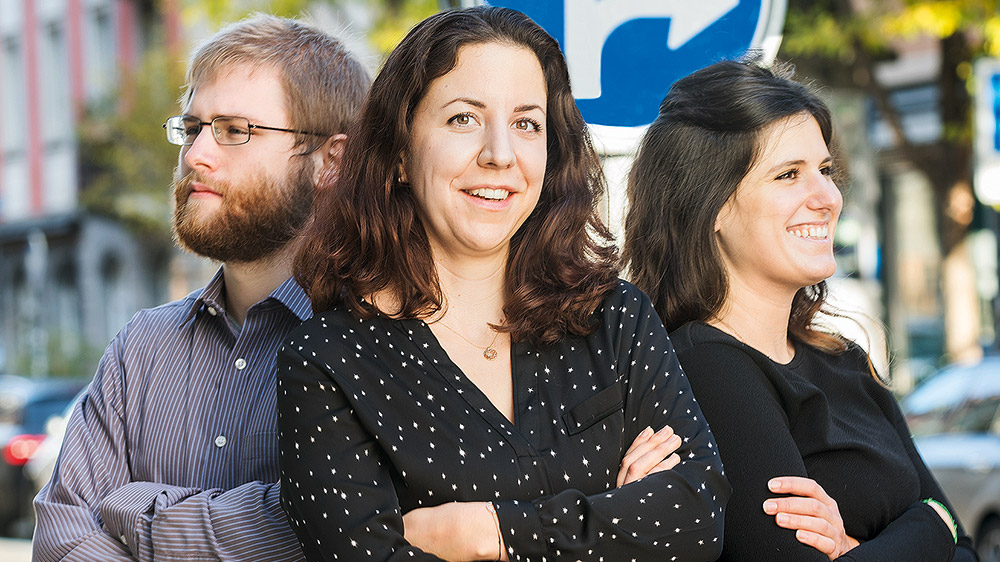 During a retreat in the fall of 2015, the Swiss Student Union (VSS) gathered to discuss the ongoing refugee crisis, and what students could do to help. Those present – among them Christian Schmidhauser, then board member of the University of Zurich Student Association (VSUZH) – came up with the following idea: Giving refugees the opportunity to get to know Swiss universities through various student activities coordinated by the VSS. In particular, the idea was geared towards those people who had previously studied or were qualified to study in their countries of origin.

At the end of 2015, Schmidhauser was asked whether he would oversee the designing and organizing of a trial semester at UZH aimed at refugees – an offer he quickly agreed to. Supported by the VSS, he drew up a detailed concept for a trial semester that would enable refugees in Switzerland to attend individual lectures and get the support of mentors for questions of everyday university life. The VSS has been working hand in hand with UZH’s International Relations Office (IRO) on this project. Following its planning phase, the project started at the beginning of this year. Several refugees were interested in the offer, and the positive feedback has been overwhelming – also from students: “You can feel that students want to help,” says Schmidhauser. The mentors are a central part of the project. They are made up of students who volunteer to meet up with refugees at least once a week to help in case they’re experiencing difficulties at university, be it with their schedule or when using the various online platforms. Moreover, many of those taking part in the project have become friends and started meeting up in places outside of the university, too.

An educational and integrational project

The project is managed by Schmidhauser as well as Hélène Fischer and Nadia Schneider, two students who became mentors in the spring. The three of them are in charge of coordinating the trial semester and carrying out administrative tasks. Fischer, who has previously been involved in a number of charitable projects, sees the trial semester as a project with not only an educational, but also an integrational effect:  “People with refugee backgrounds who have already studied in their country of origin should be a part of our society. Otherwise, they become isolated and disoriented,” she explains. Schneider spent an exchange year in Berlin, where she appreciated the many neighborhood initiatives aimed at supporting refugees. Upon her return to Switzerland, she read about the project at UZH in a newsletter and quickly got involved as a mentor. “The project allows us to give refugees a chance and show them a way forward,” she says.

The project team is still looking for motivated students for the next trial semester in spring 2018: gefluechtete@vsuzh.ch