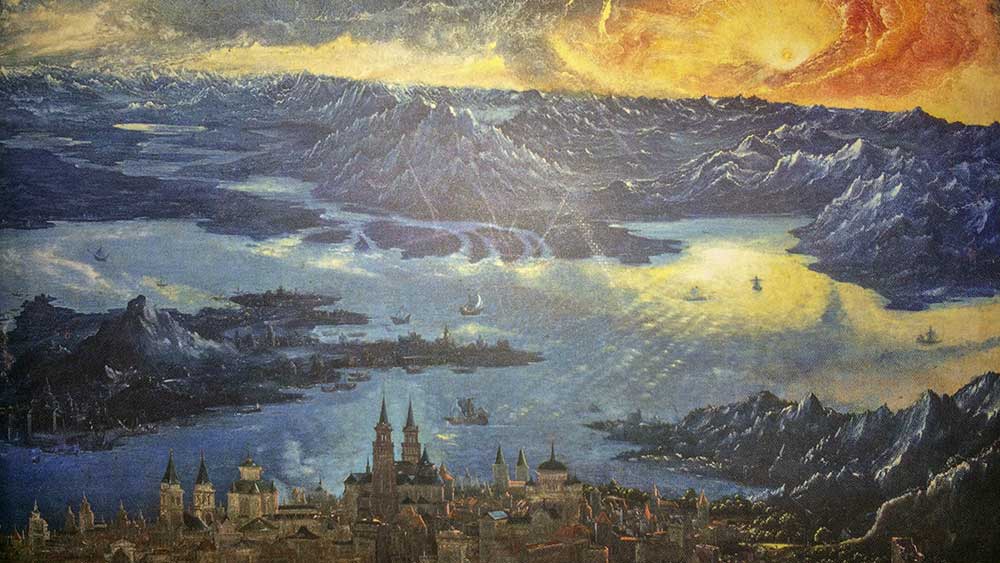 Professor Roeck, the title of your new book, “Der Morgen der Welt: Geschichte der Renaissance,” promises the dawn of a new day, a new era. Which new era are you referring to?

It’s a new beginning in two ways. For one thing, our modern times are rooted in the Renaissance. This is one of the book’s propositions – the Renaissance brought about a wide range of ideas and technological innovations that were absolutely essential for the Industrial Revolution, and without this revolution, the modern age would be unimaginable. You could say our modern world is a legacy of this era. For another, “Morgen der Welt” – the dawning of the world – refers to the advent of a new worldliness in Europe, one that keeps advancing and allows people to think and speak freely without the shackles of religious bonds. It’s a unique achievement, which was attained by the European people in the face of great struggle and hardship. This development ultimately resulted in civil society as we know it today.

The Renaissance was a turning point. What made this possible?

In my book, I’ve attempted to describe different factors that paved the way for the Renaissance. One of these factors is the geography of Europe, which was very favorable. Other factors are the immense Greco-Roman heritage that included the ability to engage in rational and critical discourse, and the development of more or less organized cities and states. Urbanization as we know it didn’t take place in Africa, for example. Without cities and their urban organization, the Renaissance wouldn’t have happened.

Cities have education facilities, rational legal systems, division of labor, and goods can be traded and ideas exchanged within and between cities. There isn’t a single example in the history of the world where a successful state developed without there being cities.

One of your central propositions is that critical discourse is the foundation of the Renaissance. Are cities needed for this, too?

A critical discourse that brings about technological and societal innovations requires intellectual transfer of ideas and specialized craftsmanship, which at the time only existed in European cities. 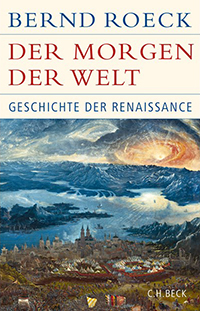 Which ideas and technological innovations had the most far-reaching consequences?

The most important innovation was the printing press, with movable types and the spindle press. It was responsible for the first media revolution. I doubt there’s any other invention that had such a profound impact on people’s lives.

The printing press made it possible to preserve and share knowledge, and not only among a handful of scholars, as was the case in the Islamic world, but among many thousands of people. With such a great number of people, it simply became much more likely that there was somebody among them who had the right idea about how to develop something. This wasn’t the case before, where only few had access to up-to-date knowledge. The printing press made it possible to have a great international conversation – spanning centuries and covering great distances.

The Renaissance was an intellectual revolution that fundamentally changed Europe. What was necessary for this to happen? For example, what made the invention of the printing press possible?

One thing that didn’t exist elsewhere was the market – if you want to sell books, you need people who want to buy and read them. This was the case in Europe. And there was the freedom to talk about it. But Europeans also had specific tools – paper, for example, which had come to us from China via the Arab world. And Europeans also had reading glasses since the late 14th century. In addition, there were technological innovations, such as metal alloys that were needed to produce the types for printing. All of these factors came together and brought about radical changes. Without the printing press, America would probably not have been discovered during this time, the Reformation movement would not have happened and the scientific revolution would likely not have taken place.

The Renaissance is about rediscovering and building on Greco-Roman heritage. Why was this suddenly possible after a millennium of near standstill?

It’s not like it happened overnight. It was a process that took place over a very long time. I’ll give you an example – glasses. It took over 1,000 years to get from the first reading stone used in the ancient world to bifocals, and a further 300 years to invent the telescope. Glasses allow many people to read for a much longer time and thus to take part in a discourse. Precision engineering is made easier by wearing glasses, and older mechanics are often the better inventors since they’re more experienced.

Let’s go back to the Renaissance as a turning point: What was different than before?

The Renaissance and its technological and economic innovations resulted in Europe becoming vastly superior.

Your argument is that without the Renaissance, there would be no Industrial Revolution. How are these two historical developments connected?

You can’t simply build a steam engine when you need one. For such a groundbreaking invention to be made, the technologies and materials must be available, and they need to be developed first. You need materials, good metals, for example, and you need valves and pumps, all of which were available in Europe. You also need screws, which emerged in Europe around the year 1400, but weren’t mass-produced until the 19th century. You could think of it as a toolkit that has to include all the tools that will allow you to build a steam engine, and then later the railway and steamboats.

One of the accomplishments of your book is that you manage to trace these kinds of historical developments over long periods of time.

That’s why the book has so many pages!

Jacob Burckhardt (1818–1897), who penned “The Civilization of the Renaissance in Italy” (1860), an authoritative work on the Renaissance, describes the Renaissance as an event with a fairly clearly defined time and place. You’ve presented a counterargument by showing that the Renaissance actually started much earlier, as early as the 12th century. Your Renaissance thus spans 500 years. How did you arrive at this conclusion?

The beginning of the Renaissance dates back to the 12th century. This is when the reception of antiquity begins, and also when the economy goes through changes, with the emergence of money and the banking and lending system becoming more and more sophisticated. In my interpretation, the Renaissance extends into the 17th century, but its heyday was still in the 15th and 16th centuries. 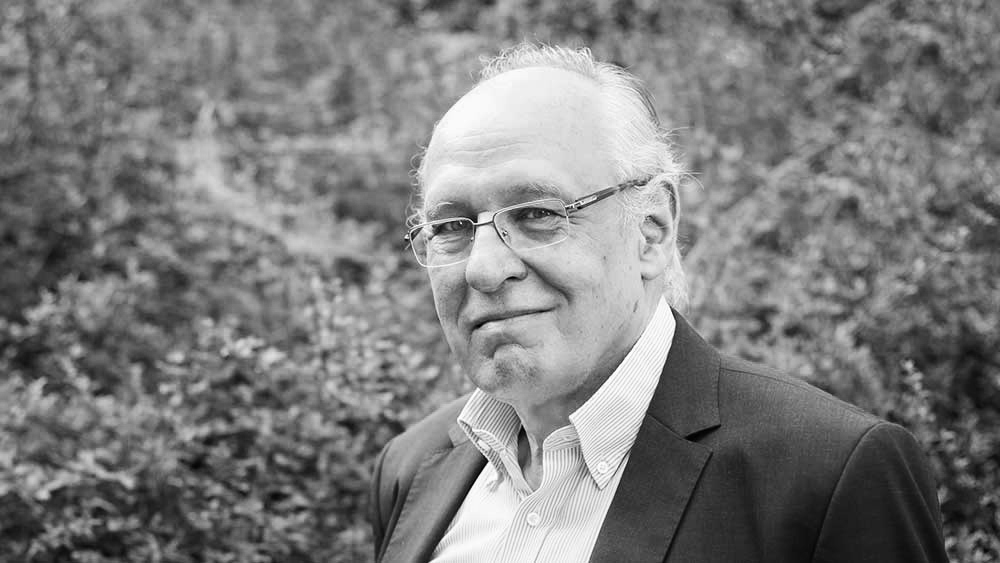 Bernd Roeck
Bernd Roeck: “digitalization is a new media revolution that is turning our world upside down, just like the printing press did.” (Image: Fabio Schönholzer)

Was the Renaissance a singular, European occurrence?

And which are those?

That my thinking is too Eurocentric. And that there were other Renaissances elsewhere, as the anthropologist Jack Goody claims in his book “The Renaissance: The One Or the Many?”. In my view, however, this interpretation underestimates the profound, wide-ranging impact of the European Renaissance.

What’s so unique about the Renaissance then?

The Renaissance brought about rational science, technology, democracy, and human rights – achievements that to this day still set the West apart from the rest of the world. I’m aware that this is a strong statement, but I’m not alone in making it. But here too there are opposing views.

They’re based on the assumption that the major changes didn’t take place until the Industrial Revolution in the 18th century, and that Europe only became rich because it exploited other regions of the world.

According to your interpretation, this too was a result of the Renaissance – Europe took advantage of its technological superiority to conquer the rest of the world.

I’ve also been accused of glorifying the Renaissance.

There is an element of grandeur in how you depict the period: The scope of the book, how it was written and illustrated – you celebrate the Renaissance.

What I celebrate are the things that I consider useful. I show the positives, but also see the tremendous price that was paid and the harm that was done, for example when you think about the many people that were exploited and enslaved. In my view, these events didn’t cause the technological and cultural rise of Europe, but were one aspect of this rise.

What does your view of the Renaissance tell us about the present?

In the Renaissance, people realized that the earth was a sphere. Today, the internet gives us unprecedented access to the world and its knowledge. And digitalization is a new media revolution that is turning our world upside down, just like the printing press did.

What do these changes mean for us?

People are insecure. They’re looking for answers, and they’ve also found some of these in the past: religious fanaticism, nationalism, racism.

Do these answers have to be crude and destructive?

That’s the great danger. In the 14th century, when the plague hit Europe, people murdered Jews, whom they blamed for the disease. In the 17th century, during the Little Ice Age, people burnt witches, who were accused of conjuring up bad weather. In the 20th century, insecurity led to ethnicism and racism. And we’re seeing similar developments today.

That sounds rather bleak.

The feeling of discomfort people experience in modern times drives them to react – in sometimes horribly dumb ways. Unfortunately, we now have different means of destruction than in the past. It took at least one minute to load and fire a musket, and its aim wasn’t that good either. Performing mass murder with such a weapon was impossible.

The dawning of the world is also a promise. Has the new day turned out to be as beautiful as when it announced itself?

Well, a dawning doesn’t necessarily mean that the day will be beautiful. What it brought was the modernity with its many great and terrible aspects. Nothing is ever definite and clear when it comes to history, but complex and contradictory. And modern times aren’t any different. There are many things that we don’t want to give up, but others that we could easily do without.