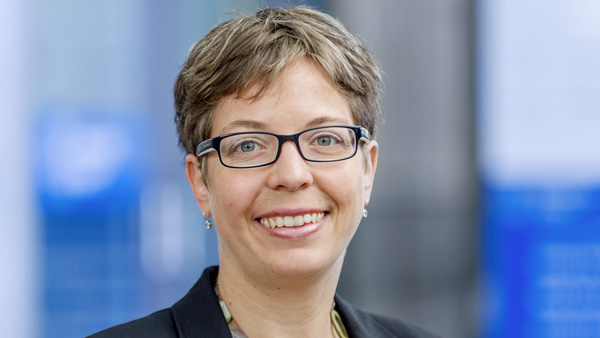 The United States has a new president whose motto is “America first.” He stands for a new national egotism. Is it likely to catch on?

Stefanie Walter: Trump isn’t an isolated case. He’s part of a trend that can be observed in many countries. Brexit also falls into the category of this type of new nationalism, the Front National in France is pursuing a similar agenda, in Poland and Hungary we see governments of a highly nationalist bent, and people in Switzerland voted in favor of the mass immigration initiative.

How do you explain the success of these nationalist movements?

One response in the US is that there’s nothing to cushion the effects of globalization, and no welfare state. But the explanation’s not so straightforward. In Europe there are strong welfare states to give those short-changed by globalization a helping hand, but we still see nationalism gaining strength in many countries. A number of developments are converging: Modernization engenders uncertainty. One the one hand this includes the global exchange of products, people, and ideas. In both the United States and Europe we’re also experiencing deindustrialization, automation, and digitization. All of these changes are impacting the labor market. Because of the way they transform fields of work, they’re a challenge – sometimes an overwhelming challenge – for many people. Jobs disappear and new ones appear, but they require completely different skills and qualifications. And accompanying the economic changes there’s a cultural transformation.

For example the fact that women also speak up, have good jobs and equal rights. You can no longer assume that in a country like the United States the white man will stay at the top of the food chain. He’s gotten competition from other parts of the population who want a piece of the pie. This leads to uncertainty and the feeling everything used to be better. People then want to revert to the past, particularly those who feel developments are working against them. They believe that harking back to the nation state could somehow restore the old order.

Is the nation state like that place in the kitchen that’s still warm and cozy?

That’s how we imagine it, at least. But it’s questionable just how cozy it will really be once everyone’s back in their own nation state.

Is the era of post-war peace and stability in Europe in jeopardy?

The post-war world order has never been under greater pressure than it is now. Europe is fragile, not least because it’s so heterogeneous, with a euro and a refugee crisis that continue to smolder but still haven’t really been addressed. It’ll be interesting to see how this year’s elections in France and Germany turn out, how the Brexit negotiations go, and how Putin’s ambitions develop.

And on the other side we have Trump, who apparently sees Europe as more of a competitor than a partner.

The United States played a key role in the post-war order – working for peace and stability in Europe was a matter of self-interest. It’s always been a case of America first. The US always acted as a responsible hegemon that realized that it would benefit if other countries were doing well too. In this respect Trump’s attitude is very different from the prevailing post-war US doctrine, which brought a lot of stability and facilitated the expansion of the global trade system – always, of course, in the interests of the United States.

But the US hasn’t always been a great proponent of free trade.

The last time the Americans opted for protectionism was when they introduced heavy tariffs in the wake of the Great Depression. That was back in 1929. It had fatal consequences for the global economy, triggering a downward spiral that caused the volume of world trade to contract massively overall within a very short space of time. The economist Charles P. Kindleberger showed how world trade declined more and more rapidly following the Great Depression because other countries followed the United States’ lead by introducing their own protectionist barriers. Protectionism can be good for a country if everything else remains the same. But usually other countries respond with their own protectionist measures. If everyone raises the barriers, the volume of world trade declines. In the 1930s this led to a situation where the world economic crisis was made even worse because the whole of international trade collapsed.

Are we in danger of seeing another fatal downward spiral in world trade?

It could happen again if everyone starts imposing heavy tariffs and curtailing world trade. The big difference now is that there are international agreements and organizations such as the World Trade Organization and the European Union designed to prevent this kind of development from happening. The question is how stable this framework will be when countries want to pull out. Until now we’ve assumed that these institutions were relatively stable. But that could change if the lead nation, the United States, withdraws. This is why Trump is giving so many people the jitters. The Americans are still the most important players in the global economic and political arena.

Until now the US has been the driver of globalization and world trade, apart from anything because it believed it had most to benefit. But now Trump wants to protect US industry while negotiating “better deals.” Will he succeed?

It won’t be as easy as he imagines. He can exert pressure on individual nations such as Mexico which are heavily dependent on economic relations with the US. But we also shouldn’t forget that there are highly integrated production chains running between the United States and Mexico. This means that many US companies would be very hard hit if Trump canceled the NAFTA free trade agreement.

What other consequences could protectionist measures such as high tariffs have?

For the Americans it would mean that the products they buy would get more expensive. So it’s questionable whether Trump voters would really profit from higher tariffs. It’s also not clear whether jobs that have already been lost will come back.

That’s one of Trump’s election promises. Is it realistic?

Jobs have disappeared because of both globalization and automation. It’s estimated that one third to one half of job losses in the United States have been down to globalization, and the other half to two thirds to automation. What’s clear is that higher tariffs won’t bring back jobs that were destroyed by the used of robots. That’s an illusion. But of course it’s easier to criticize “unfair” competition from China or Mexico than automation.

Could protective tariffs imposed by the US also affect Switzerland?

Higher tariffs are basically in violation of the WTO’s rules – if these are being followed. Despite this a lot can be done by way of regulation, little pinpricks. Already under Obama we saw the way transgressions by foreign companies were often pursued more rigorously than when domestic companies were at fault – just look at UBS and VW. It’s possible to hit foreign companies hard without imposing high tariffs.

Are you optimistic or pessimistic about the way things are going?

Stefanie Walter is professor of international relations and political economy. She does research on the politics of financial crises, globalization, and disintegration, at the Department of Political Science at UZH.