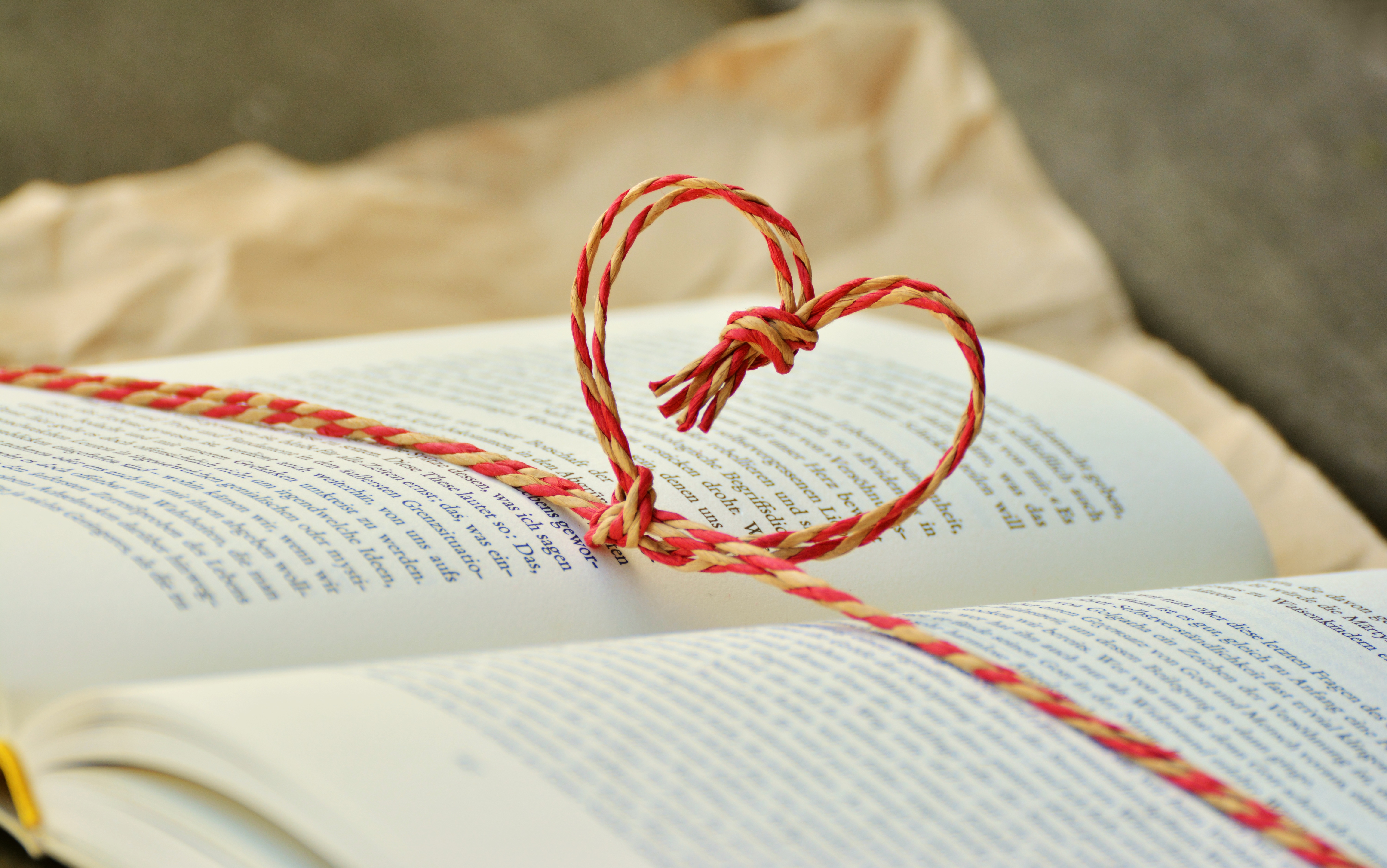 Windows to the World  – Sandro Zanetti on Emily Dickinson

To many people, reading poetry doesn’t sound particularly exciting. But for me, reading poetry is the most intensive form of education that I know of. At their best, poems are eye-openers. Concise and precise, they open windows and doors to the world, to language, to life. And although they’re usually short in comparison to novels, reading them properly takes time. When you have to read a lot day in day out for your job,  having a few moments spare to read for pleasure is a luxury. Time spent reading, just like all other time, is time spent living. In these precious snatches of time, I prefer to read things that have absolutely nothing to do with my daily working life (invoices, forms, minutes, essays, etc.).

For several years now, in my free time I have been reading the poems of Emily Dickinson (1830-1886). Two years ago, Hanser Verlag published an excellent bilingual edition: Emily Dickinson’s The Complete Poems, translated into German by Gunhild Kübler. 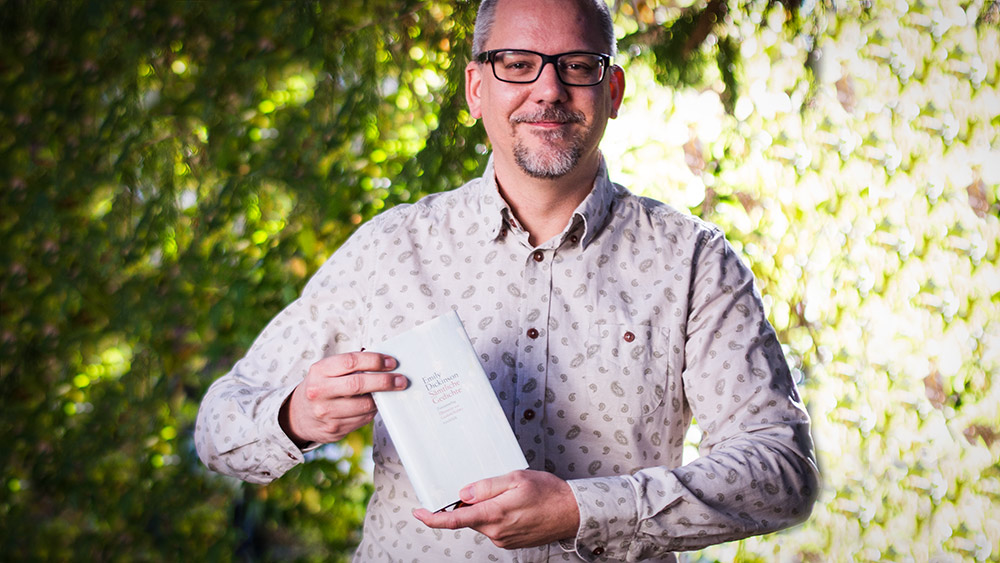 Fame came posthumously to Dickinson: When she was writing her poems, she was an unknown, and only around ten of the 1,800 poems that we know of today were published in her lifetime. It could also be said that she was ahead of her time.  She lived an isolated life, almost completely cut off from the world, in her parents’ house in the small city of Amherst (Massachusetts), right up to her death. She wrote only for herself, for her desk drawer – and from today’s perspective, for everyone and no-one. Dickinson is no longer a well-guarded secret; in fact, it’s fair to say that she’s the most important modern American poet. But what is so special about her poetry?

In one poem, the subject is poetry itself and its potential:

There they are, in black and white: the windows and doors. The many dashes and the unusual capitalization, including of adjectives, are typical of Dickinson. It’s as if the words themselves were figures that we might reach out and touch. And between the words the white spaces of what is left unsaid – a common observation in poetry. But here also are those dashes. Perhaps it’s also a way of relating to the world: Recognition that there are always other possibilities left open and unexplored. Hence the dashes. Hence the doors and windows. Without them there is nothing. Nothing happens. There is no life. A book for life, then? Yes, exactly. And worth reading over and over.

Sandro Zanetti is professor of general and comparative literature at UZH. 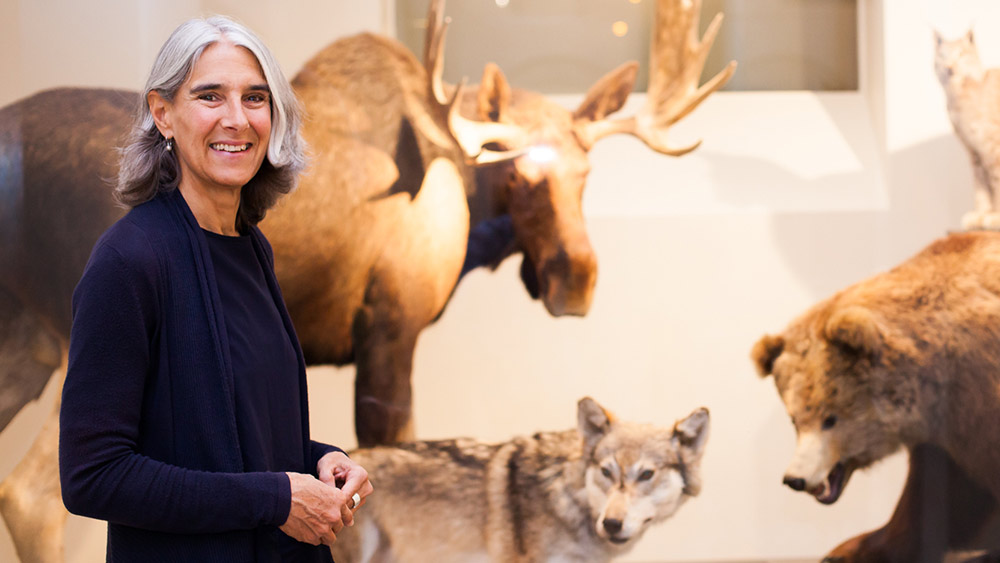 In Praise of Imperfection – Isabel Klusman on Rita Levi-Montalcini's autobiography

Nobel laureate Rita Levi-Montalcini, the daughter of an engineer and a talented painter, was born at the beginning of the 20th century in Turin. Her autobiography In Praise of Imperfection: My Life and Work gives a fascinating insight into her life. Levi-Montalcini and her three siblings grew up in a culturally and intellectually rich environment. Rita was inspired to study medicine after witnessing the illness and death of her governess. Her father was against her plans, believing, in keeping with the prevailing thinking of the time, that a profession would hinder her in her duties as a wife and mother: Women were to get married, have children, and support their husband.

But Rita was single-minded in her commitment to studying. She was not interested in sports, had just a few friendships with girls of her age, and men and marriage were out of the question for her. After gaining her medical degree with summa cum laude, in 1936 she decided to specialize in neurology and psychiatry. Mussolini’s Manifesto per la Difesa della Razza meant that  Levi-Montalcini, as a Jew, was forbidden from practicing an academic profession, so she devoted herself to pure research. In 1940, Levi-Montalcini visited Brussels, returning to Turin shortly before the German invasion of Belgium. Her family took the decision to stay in Italy rather than trying to flee to the United States, and Rita set up a makeshift laboratory in her bedroom. Inspired by a publication by Viktor Hamburger about the effects of damage to limbs in chicken embryos, she got eggs from the surrounding farms and observed the development of the nervous system in embryos under the microscope in her bedroom laboratory.

It was her continuation of this research in the USA that led in 1952 to the discovery of the Nerve Growth Factor (NGF), which is responsible for the proliferation of neurons. In 1986, Rita Levi-Montalcini, together with Stanley Cohen, was awarded to the Nobel Prize in Physiology or Medicine for this discovery, making her only the fourth woman to receive this prize. Rita Levi-Montalcini dedicated her whole life to science, never married, and had no children. The autobiography of this fascinating and elegant woman, who still wore high heels to give lectures even in old age, offers inspiration for women everywhere, scientists and non-scientists alike. What a shame, then, that this book, originally written in Italian, is now out of print.

Isabel Klusman is head of the Zoological Museum.

Puzzles from the Drawing Board – Hans-Johann Glock on Walter R. Fuchs

Aged 14, my ambition was to become a famous physicist. It was thanks to, of all people, a famous physicist that I was spared this doomed endeavor. I had already devoured Walter R. Fuchs’ introductory books on modern physics, chemistry, and electronics and would have gladly handed over my pocket money for anything he wrote, even an introduction to modern herbicides. Then quite by chance I came across Fuchs’ Denkspiele vom Reissbrett (Puzzles from the Drawing Board). The book presents and makes a wonderful case for analytical philosophy. Fuchs describes it undogmatically and modestly as “a very reasonable and useful form of philosophy to meet the needs of a society shaped by science and technology.”

For Fuchs, philosophers are not in the business of telling us how to live, uttering platitudes, or writing edifying works – they are “professional reflectors.” Philosophers are concerned with clarifying and specifying fundamental questions so that they can be explored usefully in the first place. The act of philosophizing is also illustrated – in the literal sense – in Fuchs’ book: As well as helpful summarizing notes, the book is punctuated with appealing illustrations, many of them done by the author himself. I still remember the raven Kuno demonstrating Hempel’s paradox of confirmation and Popper’s falsificationism, and the cartoon of the skeptic Gorgias asserting “there is nothing” reduced bit by bit to an exploding thought bubble is equally etched in my mind.

Fuchs delivers painless but insightful introductions to formal logic, definition theory, conceptual analysis, and scientific theory. He also makes enlightening forays into empiricism, rationalism, and idealism, among others, as well as the link between cosmology and scientific philosophy. Like many good books, Denkspiele raises many more questions than it answers. It is also a welcome guide to more original and profound works such as Kant’s Prolegomena and Wittgenstein’s Tractatus.

Fuchs makes no secret of the fact that his intellectual role model is Rudolf Carnap, the most significant of the (in)famous logical positivists. We are currently in a period of history marked by right-wing populist lies, ideologically underpinned by “post-truth” hogwash. In the current climate, positivism with its respect for facts and stringent arguments is just the correction we need, especially when presented as intelligently and wittily as in Denkspiele.

Hans-Johann Glock is professor of theoretical philosophy at UZH. 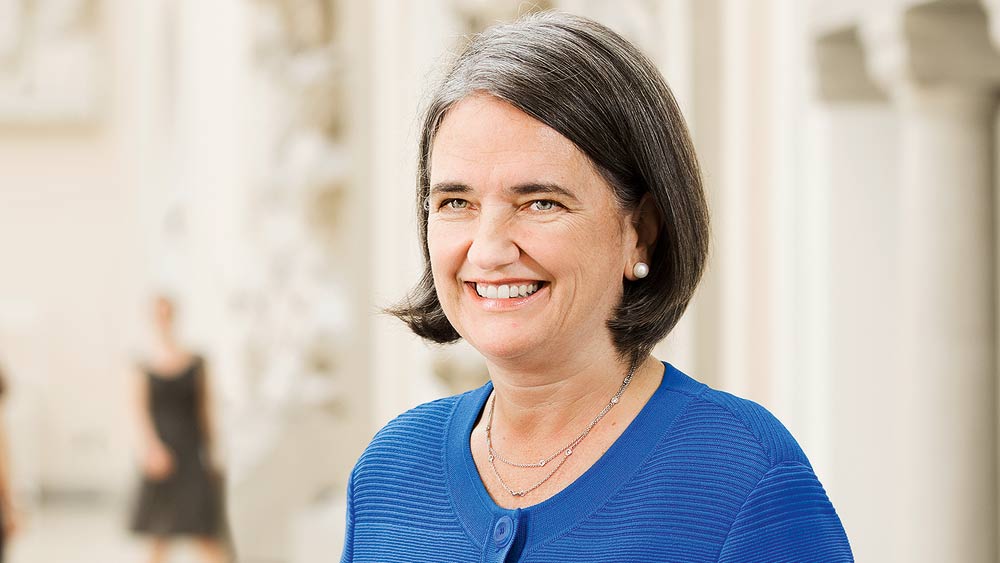 It was when I was studying history and English at UZH in the 1990s that I discovered the Russian-American author Vladimir Nabokov. His artful prose, chicanery, and underlying humor captivated me. I read everything by and about Nabokov that I could get my hands on. Then I learned that he had spent a long time working on an English translation of Alexander Pushkin’s verse novel Eugene Onegin. To his translation of the slim 200-page Russian volume he added 1,000 pages of meticulously detailed annotations. In Nabokov’s opinion this work was, alongside Lolita, the most important thing he ever wrote.

As a Nabokov groupie, I had to read Eugene Onegin, and found myself fascinated by the story of a bored 19th century Russian nobleman. The story revolves around two people who love each other, but not at the same time. First, the young Tatyana falls in love with the older Onegin, but he rejects her. Years later when she has grown up, they meet again and Onegin realizes that he loves her, but he is too late. Tatyana is now a married woman and she rejects Onegin, refusing to break with convention – a story full of pain, longing, and poetry, as well as a sharp reflection of Russian society of the time.

I am an opera buff, and there is also an opera of Onegin by Tchaikovsky. From 2010 to 2012, I contributed to a book about the Zurich Opera House under the leadership of Pereira. Then the idea came to me that I could write a novel based on the Onegin story but set in the opera world of the present day. I spent a lot of my free time on the project, honed my writing skills, found out how to develop characters, and much more besides. But in the end I had to accept that the attempt was not suitable for publication and would remain a learning project.

While I was still trying to write my novel, I met Ruth Gattiker, then in her nineties, who had been one of the first professors of medicine at UZH. With scant regard for convention, she had trodden her own path, established herself, pursued a career – more than enough material for a book. I suggested that I write her biography, incorporating some medical history into it. The writing came easily to me – the novel project had done wonders for my skills. The biography was published in 2016 by the publishers Hier und Jetzt. Then last year they asked me if I would be interested in becoming a partner in the publishing house. So in the end, my passion for Nabokov and Pushkin’s Eugene Onegin led to me becoming a publisher of history books.

Denise Schmid is a publisher at Hier und Jetzt, a publishing house specializing in history and culture, and Co-President of UZH Alumni.