Mario Bassi is a passionate alumnus of the University of Zurich, where he studied law and received his doctorate. While working in Singapore, he helped set up a UZH alumni chapter there in 2011. “My time at the University of Zurich was a defining experience in my life and meant a great deal to me,” says Bassi. Setting up alumni chapters in Singapore and Sydney is his way of giving something back to his alma mater.

Together with UZH economics graduate Pablo von Siebenthal, Mario Bassi started looking out for former students of the University of Zurich in Australia in 2015. They were supported by Alumni UZH, the umbrella organization for University of Zurich alumni associations. Around 50 alumni interested in setting up a chapter in Australia contacted Bassi and von Siebenthal via social media and the Swiss Australian Academic Network. Today's inaugural meeting at the Consulate General of Switzerland in Sydney will be attended by Consul General Ernst Steinmann and Ambassador Marcel Stutz from the Swiss Embassy. 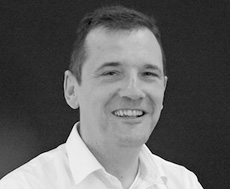 Set up alumni chapters in Singapore and Sydney: Mario Bassi.

Mario Bassi and Pablo von Siebenthal plan for the new alumni chapter to hold monthly meetings, which will also be open to exchange students and members of the UZH community who are traveling in Australia, be it for business or pleasure. “The world is becoming increasingly networked, and the half-life of knowledge is getting shorter and shorter,” says Bassi. He is convinced that dialog within such networks will become ever more important in the future, and therefore has the following invitation for alumni, professors and students alike: “If you're coming to Sydney, get in touch!”

nullThe University of Zurich has close ties with Australia. It maintains collaboration agreements with several Australian universities, and there is also an active exchange of students between Australia and Zurich. One of the aims of the new alumni chapter is to help intensify contact between Zurich and Australia. null