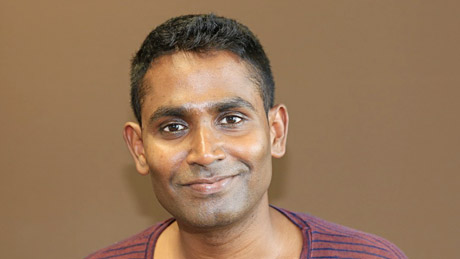 In 2008 the University of Zurich adopted an open access strategy. In other words, it stipulates that scientific work has to be made available publicly. Lawrence Rajendran, an Alzheimer’s researcher and associate professor of systems biology at UZH, now wants to put the idea of open access in the natural sciences into practice even more systematically, revolutionizing the way work is published. To do this he’s established ScienceMatters, an online platform that enables scientists to publish not only completed studies, but also single observations along the way.

Rajendran is critical of a status quo where prestigious publications such as Science and Nature refuse to accept partial findings, and will only publish fully rounded, coherent stories. Rajendran is convinced that “this slows the pace of scientific progress.”

This isn’t the only shortcoming he sees in the current approach: he also points out that research findings are often not reproducible, or aren’t even published because they’re not considered relevant or innovative enough for the journals. For example, while repetitions of experiments yielding the same result aren’t attractive for a journal, they are important for science. For Rajendran it’s clear: “Publicly funded research should be made available to the public.”

Taking the pressure out of the system

“Stories can wait. Science can’t” is the motto of the new online publication platform. Conceived by Lawrence Rajendran as an alternative to the current publishing process, the ScienceMatters platform doesn’t focus on finished stories that a scientist has been working toward for years. Rajendran firmly believes that “single observations are the true unit of science, so ScienceMatters will publish these as well.”

This means, for example, that instead of waiting until they can explain how a disease emerges, researchers should be able to publish the single observation that the disease is more frequent in a particular segment of the population in a particular country. “This way we remove from the system the pressure to bend the data to fit the story you’re telling,” says Rajendran. Instead, the idea is to present data to the global scientific community on a step by step basis so that it can be verified and used.

Research findings submitted to ScienceMatters enter a triple-blind peer-review process, meaning that the editors have no personal information on the authors, and the authors don’t know who the reviewers are. If a submission meets the requirements, it’s published within two weeks along with the reviewer’s comments. Then other users of the platform can comment on the published findings. “This way scientists get valuable feedback,” explains Rajendran.

Scientists can add to the data they’ve published on an ongoing basis. At the same time, other users can also add data relevant to the theme. What emerges is a linked web of scientific discoveries, which step by step leads to an overall picture: “It’s like LEGO for science,” says Lawrence Rajendran.

nullnullScienceMatters is a purely online platform open to publications from the biosciences. It will consider expanding to other fields in the future. ScienceMatters doesn’t require an expensive subscription to a journal. You pay USD 150 per submission if you want to submit data or a publication. This arrangement is designed to also make the platform attractive for scientists in developing countries. ScienceMatters is different from traditional journals in that its reviewers and editors are paid a fee. nullScienceMatters is supported by a scientific advisory board chaired by medicine Nobel laureate Tom Südhof. Representing UZH on the scientific advisory board are president Michael Hengartner, former vice-president Daniel Wyler, Professor Richard Hahnloser (Institute of Neuroinformatics), and Professor George Lake (Institute for Computational Science). Many UZH members, including Professor Adriano Aguzzi, are also represented on the editorial board. The new platform receives financial support from the Velux Stiftung foundation; further donations are welcome. nullnullnull